This Washington Town Believes a Giant Octopus Lurks in Its Waters 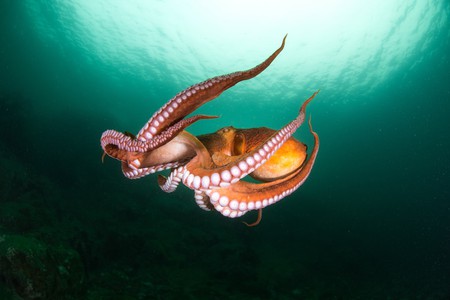 Washington is no stranger to monsters lurking underneath its historic bridges. But according to local legends, the Tacoma Narrows Bridge covers a particularly colossal sea creature.

When Liam Neeson cried “Release the Kraken” in the 2010 fantasy film Clash of the Titans, he unintentionally struck a cord with Washingtonians—particularly in Tacoma where locals believe a kraken-like creature clings beneath the town’s Tacoma Narrows Bridge.

In a state that also owns the notorious Fremont Troll (albeit, in this case, a cement sculptured monster), stories of what hides beneath the bridges are ingrained in Washington’s culture. In this case, it’s rumored to be in the form of a giant octopus known as King Octopus. 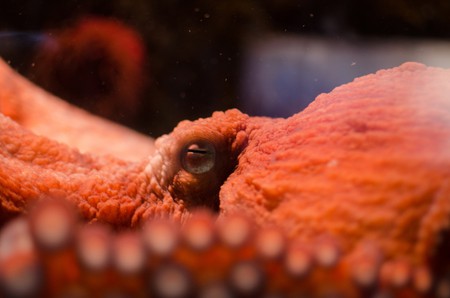 The giant sea creature, which is presumed to weigh 600 pounds and carry eight gargantuan tentacles, is a legend fit for Scottish folklore. The tale of the King is so tall and prominent in the city’s history that in 2013, locals selected it as one of the “11 Wonders of Tacoma.” The King is a celebrity in every sense of the word, except for the fact that nobody’s actually seen it. 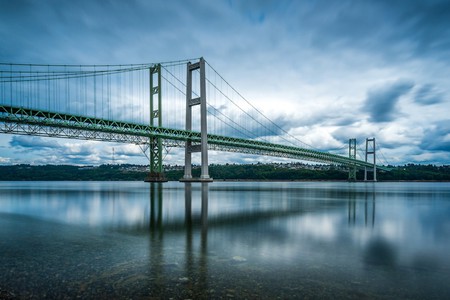 This is not to say that there isn’t anything lurking under the Tacoma Narrows Bridge—as one of the largest suspension bridges in the entire world, it shelters quite a lot of extraordinary, and sometimes creepy, swimmers like Orange Sea Pens, Lewis’ Moon Snails, Orca Whales, Lingcod, and what might as well be the King Octopus, the Giant Pacific Octopus. These cephalopods range in size, usually maxing out at about 90 pounds before reaching the end of their lifespan of three to five years.

It may not be the whopping 600 pounds that the King weighs, but it is by no means a light creature. Indeed, the largest Giant Pacific Octopus sits at 156 pounds, with a 20-foot (six-meter) arm span to match. More amazing is how smart these suckers are. Despite being a solitary breed, scientists discovered that they have the ability to recognize people, kind of like crows. These things, however, have the power to crush anything they come into contact with.

The Giant Pacific Octopus is without a doubt a natural wonder, but it’s not specific to Tacoma. Instead, it makes its home all over the North Pacific Ocean in places like California, Alaska, and Japan. Basically, wherever the water stays dark and cool.

Given that the Giant Pacific Octopus only lives for a handful of years, it’s unlikely that a 600-pound, kraken-like creature actually haunts the historic Tacoma bridge. But that doesn’t mean people haven’t claimed witness to it. Like the Loch Ness monster and Sasquatch, many have come forward with stories of tentacles shooting out of the water. Maybe one day someone will finally snap a picture of it.

King Octopus says happy Friday to you, from his throne beneath the ruins of the Tacoma Narrows Bridge. pic.twitter.com/thhBwGhkPx