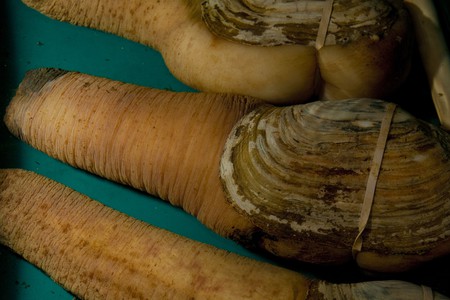 Geoduck: the name provides no information on the product’s food group or biological relations, and the spelling misleads people as to its pronunciation. It’s native exclusively to the Pacific Northwest and is a delicacy gaining popularity steadily since the 1960s. With records in size and lifespan, geoducks make up an $80-million-a-year industry in Washington State alone. Curious yet?

Let’s start with the basics, especially for those reading this out loud. Geoduck is pronounced “gooey-duck.” Thank you, English language. Now that you know how to pronounce it, what is it exactly? Geoduck has no relation to ducks or even fowl of any kind. It’s seafood, specifically of the bivalve nature. 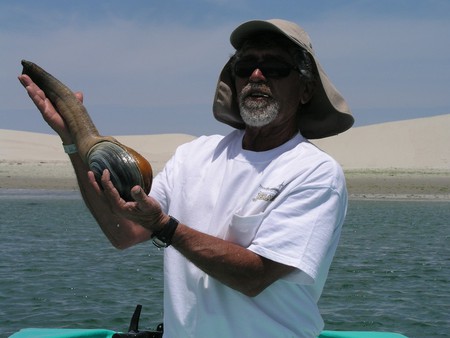 Geoducks are made up of two main parts: the mantel sits inside the shells, while the unmistakably phallic siphon hangs outside of them. Geoducks are the world’s largest burrowing clam, burrowing into the seafloor underwater. The shell-covered mantel digs down as far as possible while stretching the siphon to longer and longer lengths in order to keep the tip above the seafloor. Once underground, the geoduck takes in salt water, retaining necessary nutrients and releasing the rest through the siphon. It stays like this for the rest of its life—one of the longest lives on Earth, extending up to around 150 years. 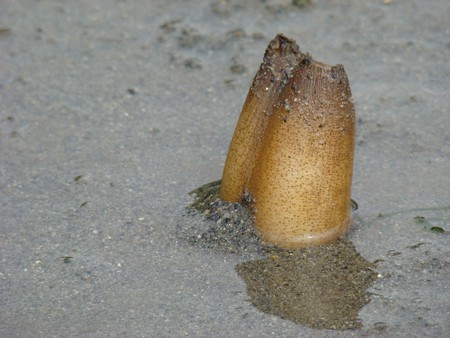 Though geoducks can outlive us all, it only takes six years for them to reach maturity. Similarly to trees, the rings on their shells give away their age. On average, each weighs two to three pounds, but they can get up to approximately 16 lbs. As the landscape shifts around their unmoving location, they often end up buried under mud-like sand along the Pacific Ocean’s shoreline in Oregon, Washington, British Columbia, and Alaska. There, they can be harvested or recreationally hunted with the help of high-pressure water hoses that break up the earth around the geoducks’ mantels. Today’s current practices, however, are not sustainable, and new methods are being explored.

The geoduck goes back centuries, enjoyed by Native Americans and European settlers. Indeed, a Native American tribe in the Pacific Northwest, the Nisqually, named the creature gweduc, meaning “dig deep,” from which one can theorize the different evolution of both the pronunciation and spelling in English. In 1960, however, a Navy diver searching for lost torpedoes near a submarine base in the Puget Sound uncovered massive colonies of geoducks. Since then, they’ve been increasingly hitting restaurant menus. 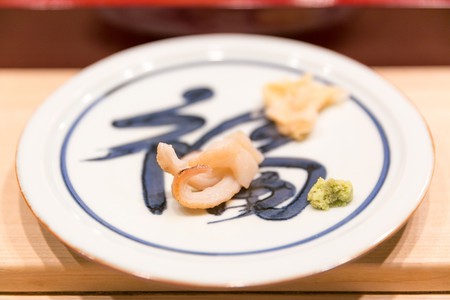 They’re still on the rise in the U.S. though; 90% of harvested geoducks are exported to Southeast Asia. There, geoducks are considered delicacies and, unsurprisingly, aphrodisiacs. Though there is little scientific evidence to back up its aphrodisiac effects, geoducks are still highly regarded in the U.S. where they are less expensive than in Asia at only three times the price of foie gras.

Described as sweet in taste and crunchy in texture, the dense mollusk can be served blanched or sauteed, or in chowder or sushi forms. Whereas the texture becomes more like meat when baked, raw geoduck is more similar to squid. Is it strange? Yes. Is it delicious anyway? Absolutely. 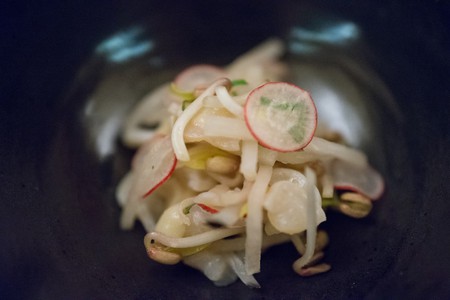