Activities to Enjoy Alone in Seattle

Stroll Along Alki Beach | © D Coetzee / Flickr
Whether you’re single or never alone (or both), solo time can be lovely. Some might find the idea daunting in a city estimated at over 700,000 in 2017. So for those looking for something to do in the Emerald City without any company, the following are great places to start. In this case, the Seattle Freeze is on your side!

Alki Beach is a real treasure out in West Seattle. The 135.9-acre park includes 2.5 miles (4.02km) of beachline, the Alki Bathhouse, a monument commemorating the arrival of the first white settlers in 1851, and a picturesque view of Seattle. Enjoy the sand and smell of salt water, capture the mountain range-framed city, and explore tide pools. If you don’t make it to West Seattle often, this can also be a great excuse to check out the area. 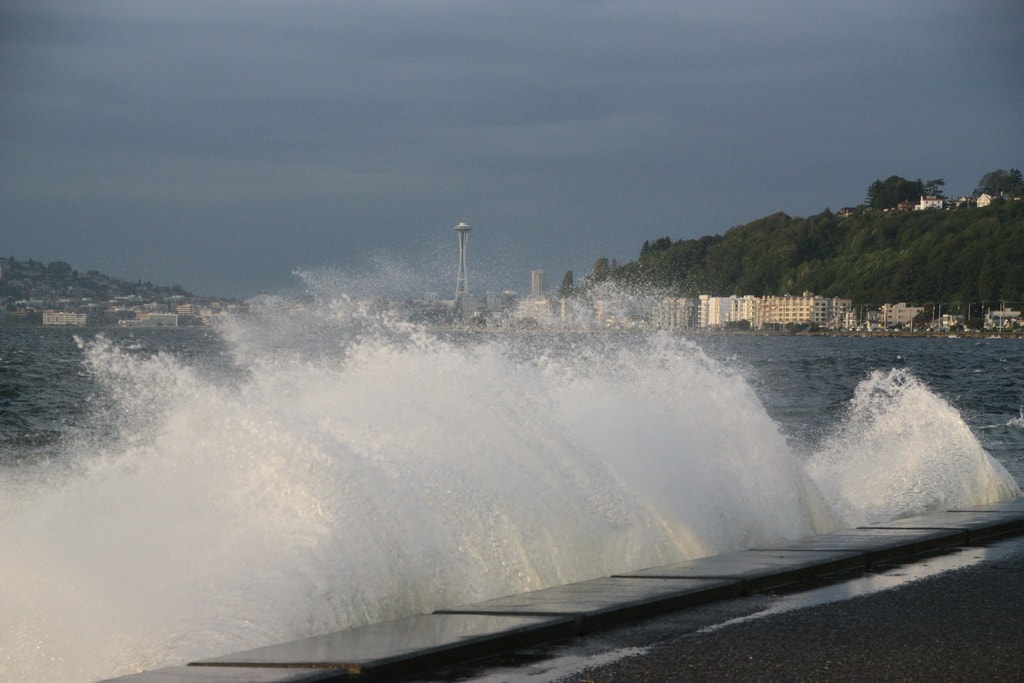 Watch an IMAX movie at the Science Center

The Seattle Center hosts two IMAX movie theaters with ticket profits supporting science education throughout the state of Washington. The PACCAR IMAX Theater, built in 1979 and renovated in 2011, offers a 35-foot-high (10.67 m) and 60-foot-wide (18.29 m) screen. Used as a theater as well as a lecture hall, it can seat between 218 and 321 people.

The Boeing IMAX Theater is Seattle’s biggest screen at 60 feet (18.29 m) high and 80 feet (24.38 m) wide—that’s a six-story-tall screen. The 373-seat theater has a 14-speaker sound system that is tuned daily. Go on and indulge in your city’s most sensational cinematic experience.

Bookstore
Independent bookstores don’t come much better than The Elliott Bay Book Company | © Dorling Kindersley ltd / Alamy Stock Photo
Claiming to have Seattle’s first bookstore café, the Elliott Bay Book Company is a Seattle staple. It’s a perfect place on a rainy day to get you out of the house while still feeling cozy and comfortable. Attend one of the 500-plus author readings they have every year, or just relax with a cup of coffee while you journal or read. Either way, good luck with your self-control—it takes focus to resist buying every book in the store.
More Info
Open In Google Maps
1521 10th Avenue, Capitol Hill, Seattle, Washington, 98122, USA
+12066246600
Visit website

In Seattle, museums are interactive. Beyond the “no-touching” museum etiquette, the Museum of Pop Culture (MoPOP) is an experience that engages audio, visual, and tactile senses. Their Sound Lab is a cool place to jam out. Instruments including guitars, drums, mixing boards, and keyboards are available as well as 12 soundproof rooms. Guests can take automated lessons or opt to explore on their own. The Jam Studios even allow people to record their music. “MoPOP provides the tools; visitors bring the creative spark.”

Shop at the original Nordstrom (sort of)

Nordstrom started in Seattle in 1901 as a shoe store on Fourth and Pike called Wallin & Nordstrom. Over the years, ownership was passed down through the generations of Nordstroms and expansion turned the original location into the company’s Seattle flagship store. In 1963, the flagship store moved to Fifth and Pine. That means that technically the current downtown Seattle Nordstrom location is two blocks away from the original Nordstrom location. Conceptually, however, people can still shop at the original store—or the evolved version of it that flourished into a 100-year-old international chain. 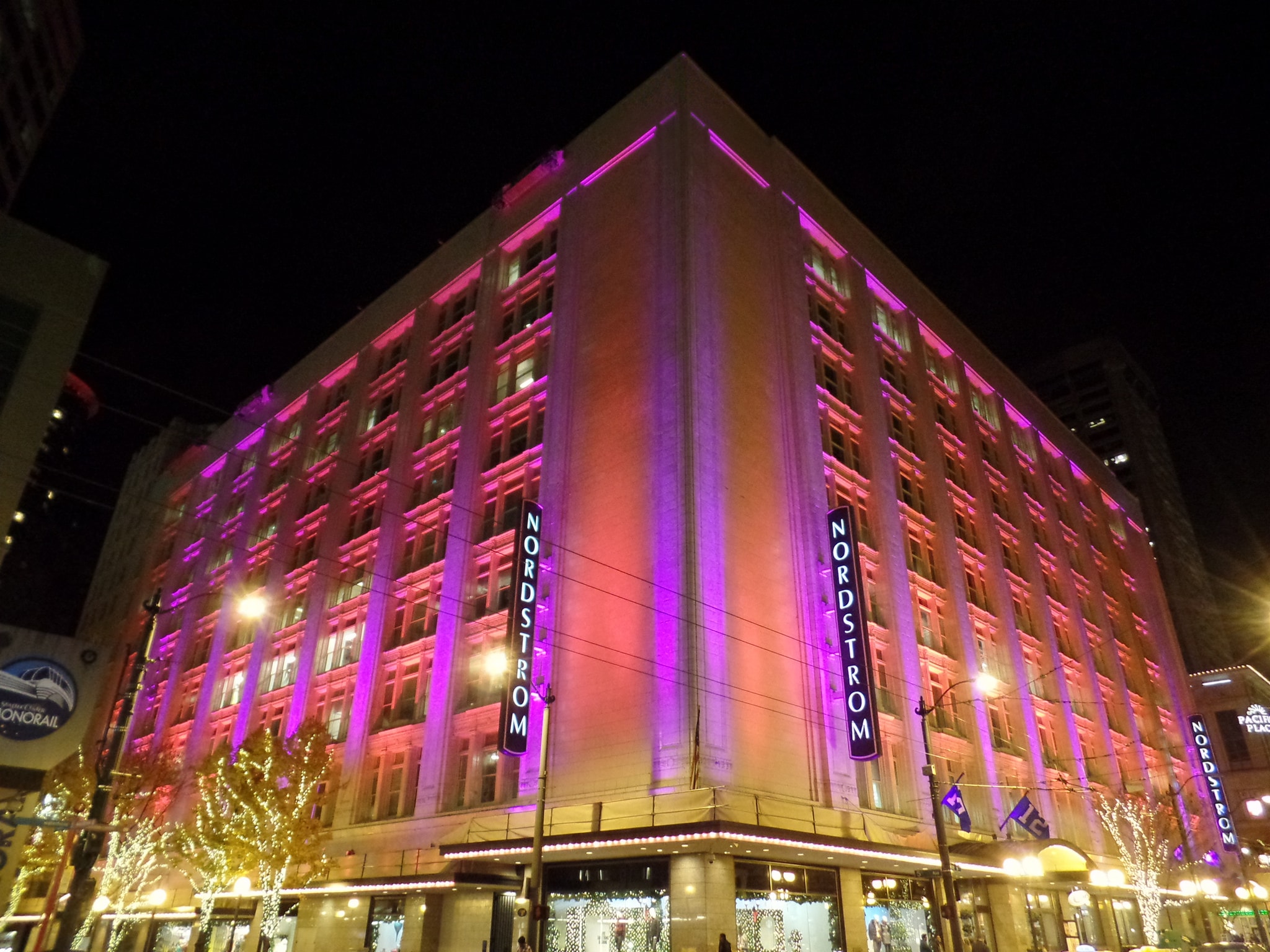 Park
Waterfall Park | © basic_sounds / Flickr
Yes, you can visit a waterfall without leaving the city. If you’re looking for a relaxing getaway oasis with flora and the sounds of a waterfall to wash your stress away, the Waterfall Garden Park is the place for you. Pop in behind Occidental Square Park to read or enjoy a snack. The 22-foot (6.71 m) waterfall is also on the site of the first United Parcel Service (UPS) location founded in 1907 (yet another major American company started in Seattle), so you can also enjoy the history humming beneath your feet.
More Info
Open In Google Maps
219 2nd Avenue South, Pioneer Square, Seattle, Washington, 98104, USA
+12066246096
Visit website

Market, Street Food
Pike Place Market | © Kirt Edblom / Flickr
Pike Place may be a tourist attraction, but that doesn’t mean locals can’t enjoy it too. The market is huge and sprawling, so take some time to explore the sections with which you’re less familiar. Try some new food or revert to favorites. Be a tourist or act like a local. Grimace at the Gum Wall and marvel at the mountainous views. Grab a video of the fish throwing. This market is a place in Seattle that has something(s) for everyone. Find your corner of Pike Place Market and thrive in it.
More Info
Open In Google Maps
Pike Place Market, Seattle, Washington, USA

As a green city, Seattle is indeed a promoter of bike usage with bike lanes and bicycle options on public transportation. Though the most recent public bike-share program has closed, the city is testing out some privatized bike-share programs. The pilot will last through the end of 2017. Between then and the official implementation of the companies’ programs (or if they never take root), there are also some stores from which people can rent bicycles. Ride around the city without worrying about parking or cross the 520 bridge to stop for a picture of Mt. Rainier. Whatever you do, just be prepared for the hills!

Watch as the sun sets (or rises) at Kerry Park

Park
Downtown Seattle from Kerry Park | © Tiffany Von Arnim / Flickr
Kerry Park provides some of the most iconic views of Seattle. With the city skyline, Elliott Bay, and the Olympic Mountains laid out more beautifully than an artist could have imagined, the only thing to make the view more magical is the quickly changing color of the sun rising and falling. Forget everything at home and climb to Kerry Park to take in the silence, all while appreciating our place in the world. Well, maybe bring some sunglasses—and a camera.
More Info
Open In Google Maps
211 West Highland Drive, Lower Queen Anne, Seattle, Washington, 98119, USA
+12066844075
Visit website

The Seattle Pinball Museum—does anything else need to be said? The merely seven-year-old museum features over 50 games, which change regularly, from as early as 1934 to the present. The best part? Once you pay admission (no more than $20), you can play the games—all day. Though this is an exciting place to get sucked into on your own, it can also be rented out for events. 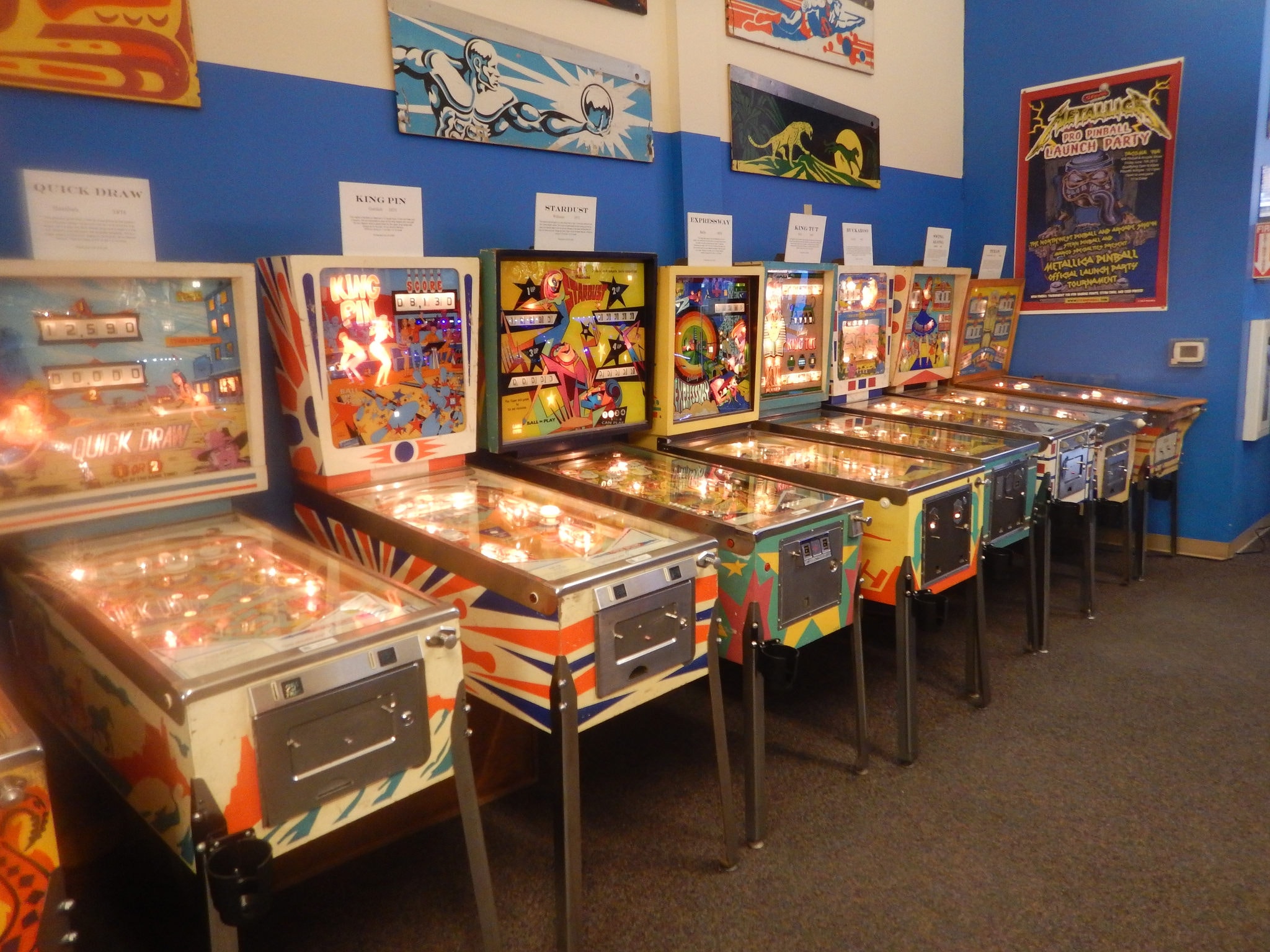