A Tour of Washington’s Architectural Style 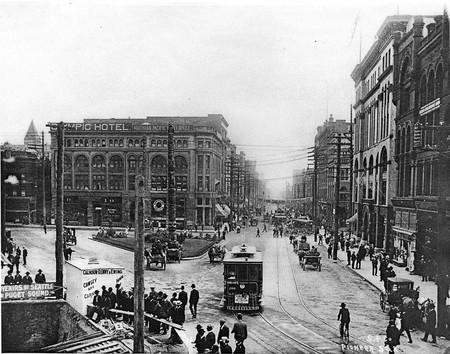 Washington State’s architecture mirrors its uniquely diverse landscape. Like its two distinct climate zones—a result of the intrusive Cascade Mountains separating the harsh seasons of Eastern Washington from the mild ones of Western Washington—the Evergreen State bounces between everything from rustic to craftsman to Italian Renaissance Revival designs.

Washington’s most prominent style may be the National Park Service rustic design. Its use of wooden slabs, heavy logs, and native materials make these structures blend with the wooded surroundings. Because Washington State is home to almost 10 National Parks, these modest establishments can be found all over, from Chelan to Bellingham, and, of course, to Mount Rainier.

Mount Rainier was the fifth National Park established in the U.S., in 1899. It was also the first of its kind to have a building strategy. While there are a number of rustic structures in the park, its Paradise Inn is the main attraction. Architect Frederick Heath used timber salvaged from an 1885 fire that had aged 30 years, cedar shingles, and native rock. The interior space features an oversized mezzanine hall where large exposed beams hold the peaked roof in place. The Inn continues to be a perfect retreat for outdoor enthusiasts. 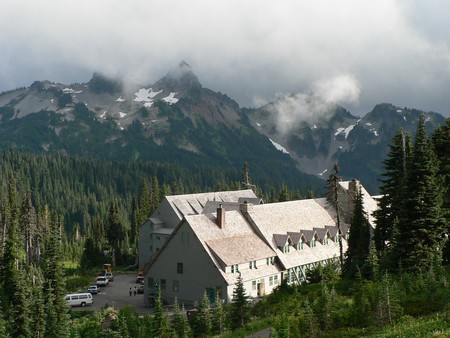 Outside of the National Parks, Washington’s cities embody a wildly different aesthetic. Instead of blending into their surroundings, these extravagant structures separate themselves from one another. Scattered throughout the Evergreen State are a number of Art Deco buildings, a style that emerged from France after World War I and influenced everything from architecture to household products. From Spokane’s Fox Theater to Tacoma’s Fire Stations to Yakima’s A.E. Larson Building, these decorative, geometric buildings that embody the Roaring ’20s captivate tourists and locals alike.

Seattle is home to a few of these lively structures, and the Seattle Architectural Foundation holds a specific Art Deco walking tour to spotlight these establishments. The Exchange Building and the Washington Athletic Club are just a couple of Art Deco buildings that the Downtown neighborhood has to offer. But the most notable one, with its tall machine-like structure and elegant golden lobby, is the Seattle Tower, which was the first Art Deco structure built in the Emerald City. 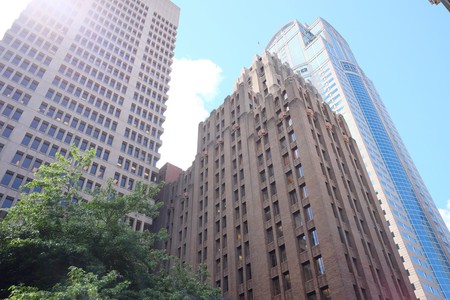 Out on the Olympic Peninsula, away from Washington’s major cities, the architectural styles vary from town to town. Port Townsend, situated on the northeast corner of the peninsula with a population of around 10,000 people, is home to a number of Victorian designs. Small towers and turrets and decorative trim are just a few of the style’s characteristics. The notion that it was to be the largest harbor along the West Coast resulted in unique structures like the Rose Theatre, the public library, the Federal Building, and a number of houses.

About 40 miles (64.3 kilometers) southwest of Port Townsend though is an even bigger oddity. Built by New Englanders in the mid to late 19th century, Port Gamble is an unincorporated community of less than 1,000 people along the Kitsap Peninsula. The new and homesick residents worked to create a town that mirrored their beloved Maine, and thus emerged the white-picket-fenced, colonial-styled structures found on the East Coast. The unique architecture and history deemed Port Gamble as a National Historic Landmark District in 1966. 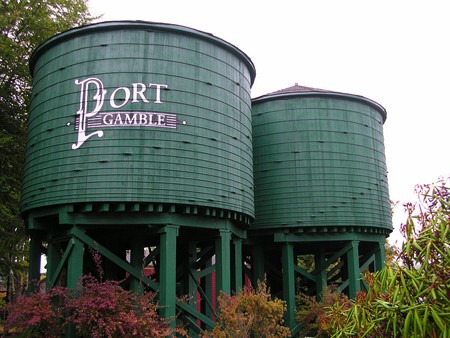