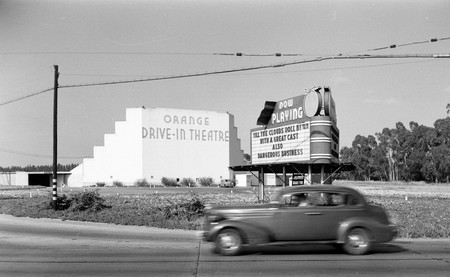 Gourmet meals and Hollywood-inspired cocktails may be standard at Washington’s many multiplex movie theaters. While these enticing amenities are a draw, nothing beats a cool summer night at the drive-in theater.

Eighty-five years ago, at America’s first drive-in movie theater in Camden, New Jersey, there was a surprisingly low turnout. It was advertised as the perfect cinematic experience for singles, couples, groups, and families with noisy children. Despite the disappointing turnout, outdoor screens popped up all over the U.S. in the 1950s, amassing 4,000 theaters across the country. A number of those were in Washington, where moviegoers took advantage of the summer months to attend these outdoor screenings.

Today, there are only around 300 drive-in theaters left in America, but Washington State is still preserving its favorite drive-ins, complete with all of the nostalgic nuances of the Sandy-Danny door slam in Grease. Only five drive-ins remain in the state, but each is worth a visit.

Whidbey Island is a popular travel destination. With clifftop views of the Puget Sound and local wineries, it’s a hot spot for tourists and Pacific Northwest natives alike. And one of its beloved hidden gems is the Blue Fox Drive-In Theater. The drive-in sits in flat farmland about two miles (3.2 kilometers) southwest of the island’s city center. Its parking spots fan the field, meaning there’s isn’t a bad seat in the house. From Ant-Man to the upcoming Fantastic Beasts: The Crimes of Grindelwald, the Blue Fox Drive-In screens all the latest blockbusters sure to please crowds of all ages.

The Rodeo Drive-In Theatre is a Bremerton, Washington, staple. The venue, built in 1949, is unlike other outdoor theaters in the state because it’s not just a single-screen drive-in; it has three screens and can host up to 1,000 cars and people. Each screen sits in the corners of the rectangular field outlined by oversized trees. The Rodeo Drive-In Theatre curates an assortment of genres that include romance, action, comedy, and more. Between the variety of films and its concession stand that offers everything from Philly cheesesteak sandwiches to fish and chips, the Rodeo Drive-in Theatre is a great place to spend a night out.

Out on the Olympic Peninsula, wedged in the woods of the small Victorian-style town of Port Townsend, is the Wheel-In Motor Movie. This drive-in is definitely on the smaller side in comparison to the other venues scattered around Washington. Established in 1965, the one-screen outdoor theater sits in a triangular-shaped forest clearing, making the experience intimate, and when it screens horror movies like Hereditary, scary. Visitors can expect tasty concession food and the best of Hollywood cinema at this local drive-in.

Date night with @jlaubhan… A charming drive-in theater tucked away in the woods in Port Townsend to catch Minions and a make-out session!

The Skyline Drive-In Theater has been drawing film enthusiasts from all over since 1964. The one-screen theater sits on farmland in Shelton, Washington, halfway between Olympia and Bremerton. Unlike some of the other drive-ins on this list, the Skyline Drive-In Theater is seasonal, usually opening at the end of March and blanketing its screen at the end of September. This family-friendly environment hosts everything from action-packed movies like Jurassic World: Fallen Kingdom to sing-along screenings of animated features like Frozen.

🎶Summer time and the living is easy🎶

On the Eastern side of Washington State, in Colville, is the Auto-Vue Drive-In Theatre. And just like the rest of the drive-ins on this list, it’s been bringing the best of cinema to the public since the mid-20th century. As advertised by the venue, the drive-in is the only one of its kind on that side of the state, meaning it draws crowds from all of the surrounding towns and cities. Situated in a small field, the screen stands in front of the beautiful rolling hills surrounding the area. Between its views and circulation of Hollywood hits, the Auto-Vue Drive-In Theatre is not one to miss.