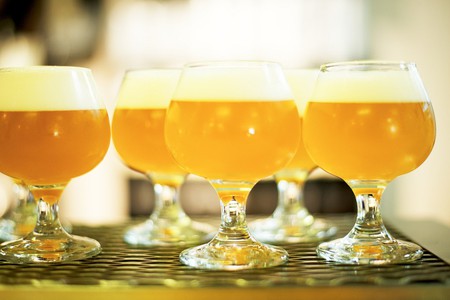 As you might expect, this being Vermont, it began in a small town. Before Hill Farmstead changed a bucolic, if unbidden, central Vermont town into craft beer beacon; before Burlington bars became burdened beneath the boots of New Yorkers and traveling gourmands; before, long before the Washington Post wondered whether the state wasn’t becoming the Napa Valley of craft beer, John Kimmich, ruddy and (this being Vermont) bearded, was dreaming of IPAs.

It was 2003, and Kimmich, along with his wife Jen, owned and operated a bar in Waterbury whose name is instantly recognizable to beer fans, even if only through envious, unfulfilled longing: the Alchemist. Like most beer pubs, Kimmich’s lineup was balanced: a bready brown, an earthy bitter. For eight years though, a quiet following began swelling around one beer in particular, something the likes of the northeast, with its wholesome if uninspiring English bitters, had yet to experience: the floral, citrus, dank flavor of Heady Topper. 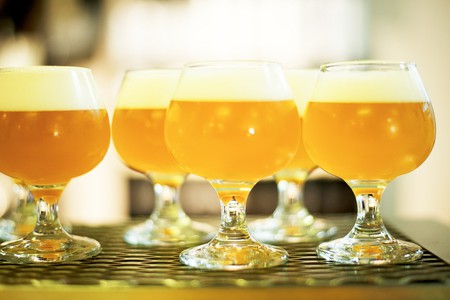 Fame accumulated. The name spread. Travelers—at first from Burlington and the rest of Vermont, but soon nationwide—followed. Around this time, writers and beer critics began taking notice, and Heady Topper soon started appearing atop “best” lists across the internet (it sits number two on Beer Advocate’s worldwide rankings).

Kimmich originally only made Heady Topper twice a year, sometimes increasing production, but usually keeping it harder to find than naught. Scarcity, as it does, increased its sense of status and luxury. So popular did the beer become that in 2011 Kimmich opened a production brewery to make Heady Topper more widely available. 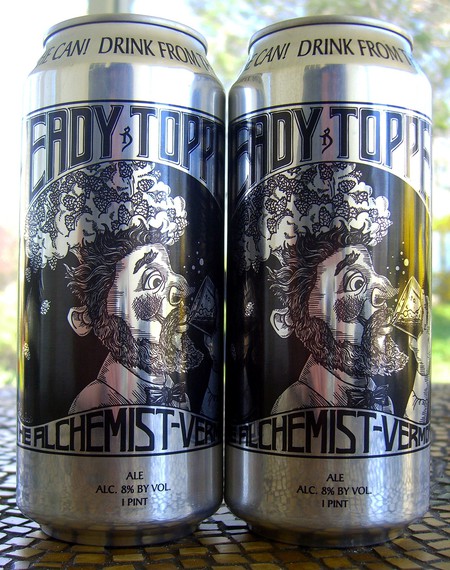 That all changed in 2011 when flooding from Hurriance Irene swelled Winooski River beyond its banks, putting Waterbury underwater and destroying the brewpub. With the production brewery intact, Kimmich, banking on the reputation of the IPA, decided to offer Heady Topper and Heady Topper alone. One of the first to put beer in tall cans, Kimmich ramped up production, but even still had to limit the amount going out to customers in order to stock retailers (this being Vermont, mostly independent mom and pop shops).

The rise and craze of Heady Topper met its moment in America’s craft beer circles. Brewers had begun experimenting with dry hopping—the process of adding hops to beer after it had finished fermenting to infuse it was lush, fruit-like aroma and flavor. The world “dank” became synonymous with rich, layered hop flavor.

Beer lovers began flocking in—some quite literally flying into Vermont just to pick up their daily limit. For years the only way to get the beer, if the brewery wasn’t open, was to look up where the beer would be delivered on which day and line up outside a Vermont craft beer store at sunrise before the queues formed. Likely someone would be there already, and you might even see the tent of someone who’d spent the night, and most certainly someone would be delivered in the town’s only taxi, having picked up a solo traveler inbound on a flight into Burlington.

In 2016, Kimmich opened a second brewery in nearby Stowe, which quickly became something of a mecca for connoisseurs. Despite its lack of availability, today the beer is one of the most sought after anywhere, creating pilgrimages where folk line up, sometimes for hours, outside the brewery to get their fill.