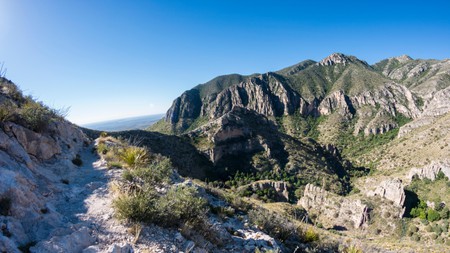 Known for being one of the safest (and sunniest) cities in America, El Paso, Texas, has plenty to offer visitors, but it’s also the perfect base for some day trips. Here Culture Trip lists some of the best places to visit while in this culturally rich border city. 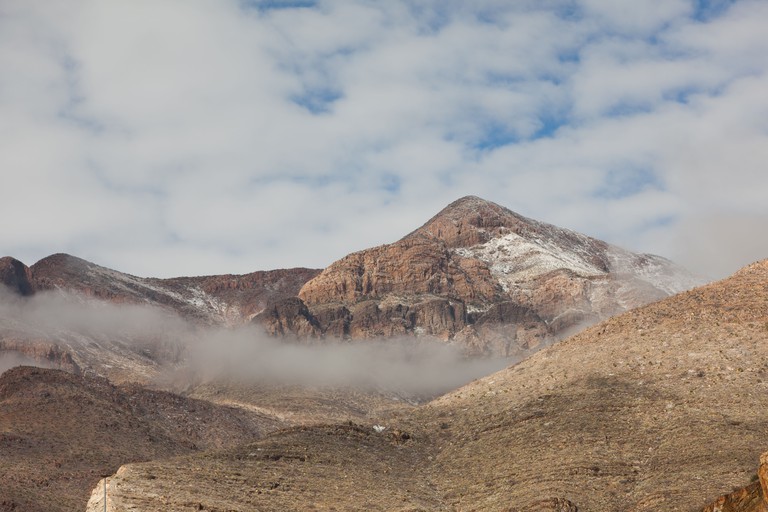 Jason Meyer / Alamy Stock Photo
El Paso has the benefit of the Franklin Mountains in the middle of the city – dividing it into the Eastside and Westside – meaning you’re never more than a short drive from a trailhead. Escape the bustle, pound the trails and get in some great exercise, all without leaving the city limits.

If you’re looking for some interesting history, Mount Cristo Rey is just a short drive away in Sunland Park, New Mexico. It is about a 4.5mi (7km) hike to the top, where you will encounter amazing views of both El Paso and Juárez, Mexico, plus a 29ft (9m) high limestone statue built in 1939. Mount Cristo Rey is isolated from El Paso and is difficult to find, so be sure to call or look online for directions.

Ciudad Juárez, in Chihuahua, Mexico, a city of 1.5m people, has long been known as a destination with great nightlife. Unfortunately, the violence that peaked in 2006 destroyed much of city’s after-hours activities. But that has been decreasing since 2012, and people are starting to enjoy the city once again. Bars, restaurants and clubs are all now reopening as a result of the push from the locals to create a vibrant new environment. And with everything from inexpensive movies to hip bars, you won’t find yourself bored in Juárez. It’s cheap, too; as a local reportedly once said, “With $3, I have money to blow in Juárez.” 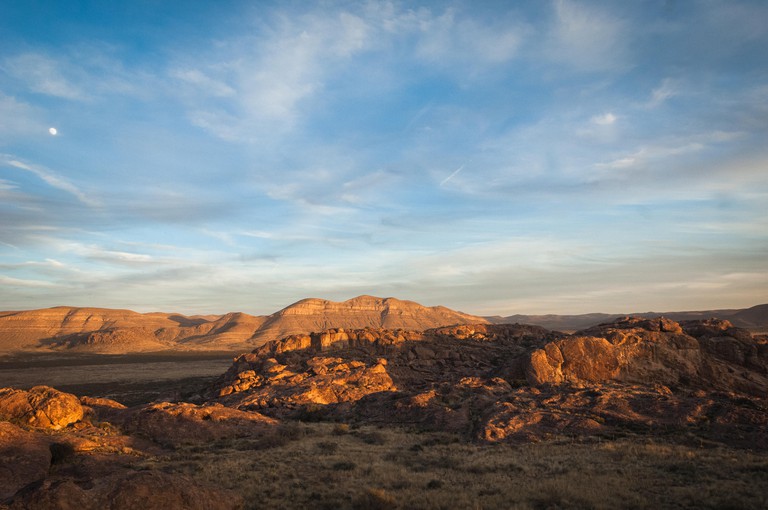 © Courtesy of Rosemary Woller / Alamy Stock Photo / Booking.com
Hueco Tanks State Park is a place for adventure. The rock climbing draws people from all over the country. But if that’s not your forte, you can go on one of the short hikes. Alternatively, visit the local cave paintings. Many have been destroyed by modern-day graffiti, so you can only see them on a guided tour. If it gets too hot, there are plenty of rocky outcrops where you can take a nap or read a book.

Park
Facebook
Email
Twitter
Pinterest
Copy link
Share
Map View
Guadalupe Mountains National Park is home to the tallest peak in Texas. You can find interesting fossils here while walking to your campsite or during your day hike. The park is full of west Texas wildlife, beautiful views and interesting history. Less than two hours from El Paso, it’s great for a weekend trip with family or friends.

Market, Building
Facebook
Email
Twitter
Pinterest
Copy link
Share
Map View
If you make the trip to Mesilla, taking the back roads through the pecan farms – where long stretches of pecan trees create a natural tunnel – will make the drive worth it. Mesilla itself is a fun little town with a historic plaza. There are farmer’s markets on Fridays and Sundays, selling everything from handcrafted jewelry to homemade and locally grown foods. And if that’s not enough, there are plenty of shops that surround the plaza and guided tours. 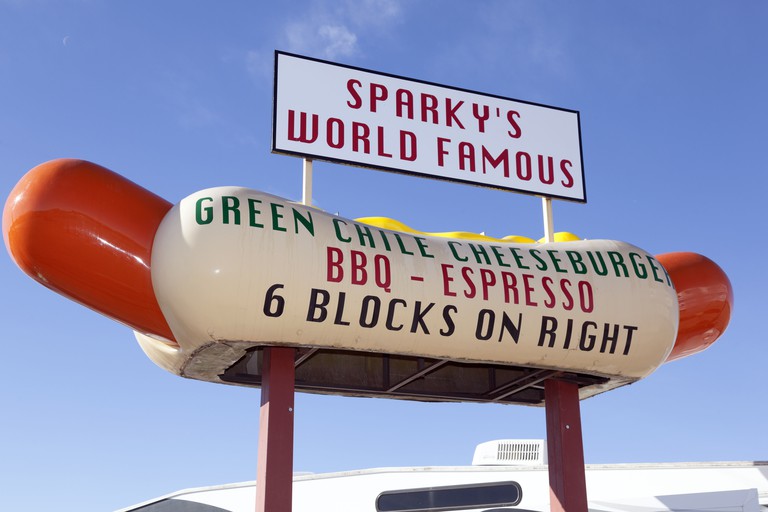 © Sunpix Travel / Alamy Stock Photo
If there’s one thing New Mexico and West Texas are famous for, it’s putting green chili on – and in – everything. Sparky’s takes that to the extreme with a large variety of green-chili-infused food, including a green chili milk shake. If spiciness isn’t your thing, though, there are plenty other options on the menu, plus interesting décor and (occasionally) live music. Found in Hatch, NM, Sparky’s is just over an hour’s drive from El Paso, making it an easy day trip. 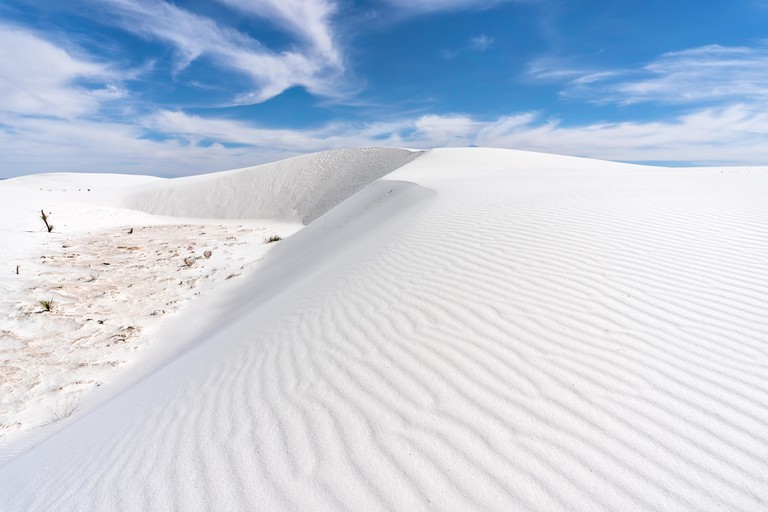 © John Sirlin / Alamy Stock Photo
With 275sqmi (712sqkm) of coverage, White Sands National Monument is the largest deposit of gypsum sand in the world, creating rolling dunes for miles. This is a beautiful spot to visit and admire the sand that looks like fallen snow. It’s a great place to take the kids for a day while you relax, read a book, get a tan or go on a hike. Be sure to check the website before going, as the park is often closed when White Sands Missile Range is performing missile tests. 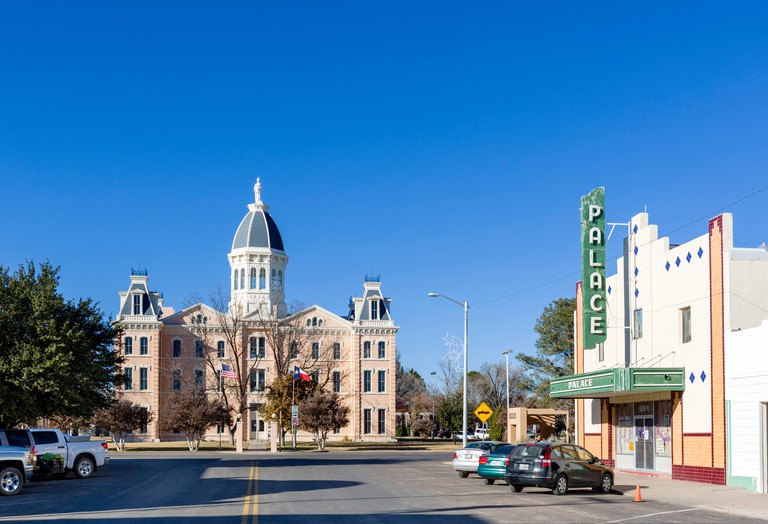 © Ian G Dagnall / Alamy Stock Photo
If you are looking for a weekend getaway, Marfa might be the place for you. Historically a watering stop for the railroad, Marfa was turned into a small art community by an artist named Donald Judd back in the 1970s. Now, people from around the world visit this unique community. The town has plenty of great food and live music, and historical Fort Davis and Alpine (home of Big Bend Brewery) are just a short drive away.

Whether you need some alone time in a cabin in the woods or want to do some winter skiing, Ruidoso has you covered. There are also plenty of cabins to rent for a romantic getaway for you and that special someone. There is skiing and snowboarding during the winter (at Ski Apache) and hiking during the summer. Or maybe you just want to hit the slots at the Inn of the Mountain Gods Resort and Casino. Whatever your preference, there is plenty to explore in Ruidoso.