Nestled in the foothills of the Blue Ridge Mountains is the city of Greenville. As it is the largest city in upstate South Carolina and the fastest growing city in the state, Greenville has many great restaurants. Take your pick from these top spots. 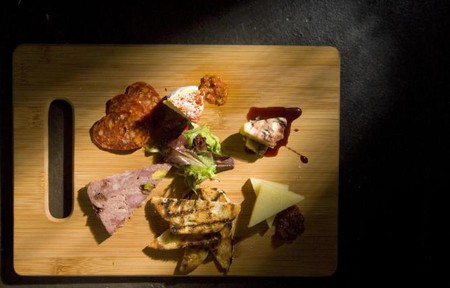 Restaurant, Grocery Store, American
Facebook
Email
Twitter
Pinterest
Copy link
Share
Map View
In contrast to your everyday American grocery store, American Grocery Restaurant serves refined, seasonal cuisine in an intimate– but still upmarket – setting. Their custom wine room is one of the biggest in the city – and possibly state. It holds more than 100 varieties of hand-picked wines from around to world and has won them the Wine Spectator award of excellence for five years in a row. Their ingredients are sourced from local and regional farms and their menu frequently changes to display only the freshest produce. Concoctions have included cornbread-encrusted trout, garden ratatouille with herbed couscous, salt crusted grass-fed rib-eye and venison with baby Swiss chard. This is a place for lovers of fresh, inventive dishes.
Open In Google Maps
732 S Main St, Greenville, South Carolina, 9601, USA
+18642327665
Give us feedback

Breakwater showcases an updated twist on classic South Carolina ‘old school’ dishes, while also taking culinary influences from the world beyond. Their mission is to serve seasonal, artisanal and original food, with the menu largely dependent on seasonal ingredients sourced locally. Classic examples of low country cuisine includes the South Carolina staple of pimento cheese and the Breakwater burger. They also have a healthy offering of seafood from the Carolina coast, from traditional fried oysters to the more refined pan-fried sushi grade tuna. The restaurant is popular among locals and if you eat in the well-stocked bar you will be able to socialize. 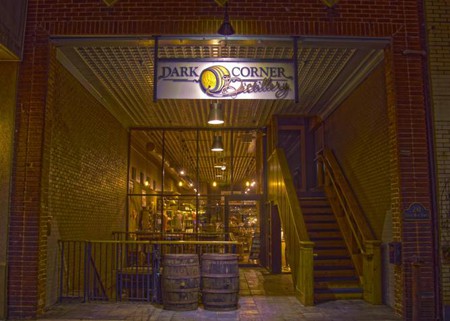 If Dark Corner Distillery’s claim that it is home to the world’s best moonshine isn’t enough to entice you, nothing will be. The range of spirits on offer draw inspiration from those distilled by the original Greenville County moonshiners in the Glassy Mountain Township some 175 years ago, albeit with a slight twist. In addition to the more traditional moonshine, such as Lewis Richmond hand mash and their special moonshine corn whiskey, they offer blends such as apple-achian shine and Carolina peach shine. There is a gift shop in the front and a tasting room and bar in the back, so there is plenty on offer for fans of the ‘shine.

Larkin's On The River 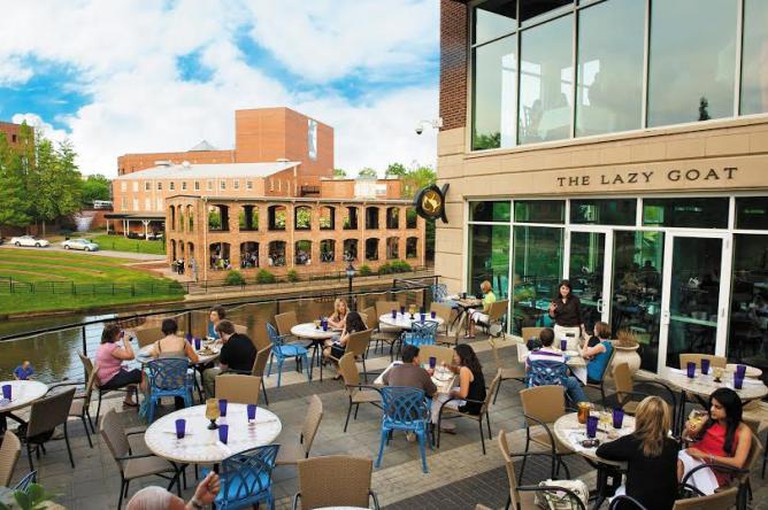 Larkin's on the River, Greenville | Courtesy The Lazy Goat
Known locally for its romantic ambience and fine selection of steaks, wine and seafood, isLarkin’s On The River. The menu is upscale traditional American, with specialties including filet mignon, Larkin’s she crab soup and Larkin’s shrimp and grits. The interior is comfortable and inviting with mostly wooden furnishings – including the walls and ceiling – a full bar and an attractive outdoor seating area. Take advantage of the outdoor seating when there is a performance at the TD Bank amphitheater adjacent to the restaurant. Larkin’s also hosts the weekly outdoor beach music concert series Rhythm on the River during the summer months.
Open In Google Maps
318 South Main Street, Greenville, South Carolina, 29601, USA
+18644679777
Visit Website
Give us feedback 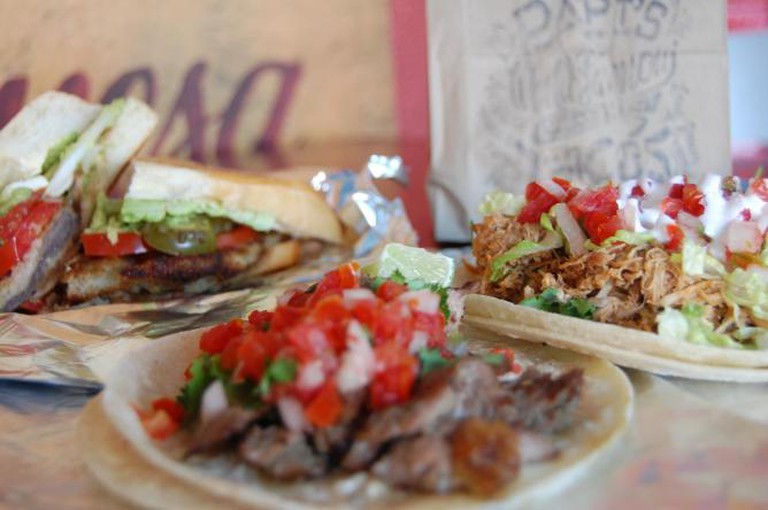 The Lazy Goat, Greenville | Courtesy Papi's Tacos
A step away from the American cuisine that is most common in Greenville, The Lazy Goat offers fresh Mediterranean cuisine in the West End of the city. The menu takes influences from Spain, Morocco, Italy, France, Greece, Africa and the Middle East. Unsurprisingly, the menu is substantial and offers a wide variety of food with something for everyone, whether you are playing it safe with pizza and pasta, or trying the more exotic Moroccan lamb or Atlantic swordfish. Split across two levels, the interior mixes classic with modern Mediterranean styles. There’s an eye-catching bar, large windows, wooden furnishings and an interesting antique clock wall.
Open In Google Maps
170 Riverplace, Greenville, South Carolina, 29601, USA
+18646795299
Visit Website
Give us feedback

A food truck without wheels, Papi’s Tacos keeps its menu simple. It serves tacos, tortas, salsas and dips crafted from traditional recipes handed down through Papi’s – the ‘real’ Papi is Jorge Baralles – family. Inside, the restaurant is bright and colorful with a variety of wall paintings throughout. The menu, while relatively small, still gives a good variety of traditional Mexican street food made using fresh and often local ingredients. Taco fillings include shrimp, vegetarian, pork, chicken and steak and all of the salsa is handmade on the premises. Papi’s also hosts a gelato bar which has traditional flavors such as vanilla bean and those with a Papi’s twist, such as Mexican chocolate.

Established in 1969, The Peddler Steakhouse has gone on to become one of Greenville’s most popular restaurants – so much so that you will often have trouble finding parking nearby. It is outside of the main Greenville dining district, but is worth the visit due to its historic surroundings and high-quality steak. The property was originally built as the residential home of the Floyd family in 1916. It originally included a swimming pool, dance pavilion and golf course. Its traditional stone brickwork and wooden shutters age it beyond its 100 years and it has had an important place as a center of recreation in Greenville since its inception.

Smoke on the Water 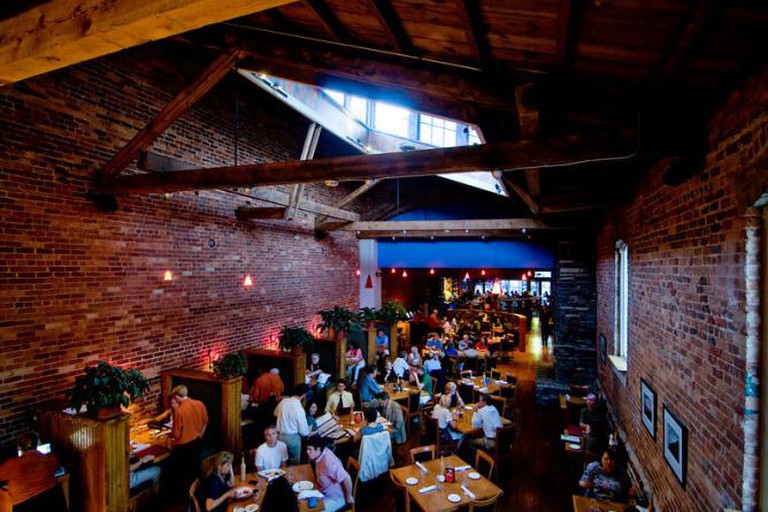 Smoke On the Water, Greenville | Courtesy Soby's
A must for all barbecue fans, Smoke On The Water offers traditional, perfectly cooked barbecue food including beef brisket, pulled pork, baby back ribs and the award-winning pimento cheeseburger. As a frequently busy, local favorite, Smoke on Water has a deserved place on our pick of the best restaurants in Greenville. It is often worth calling ahead to secure a table. The inside is cozy and welcoming, which sets it apart from the general no-frills ambience associated with barbecue restaurants. There is also a well-stocked bar that gets very busy at happy hour and outdoor seating area with live music.
Open In Google Maps
#202, 1 Augusta Street, Greenville, South Carolina, 29601, USA
+18642329091
Visit Website
Give us feedback 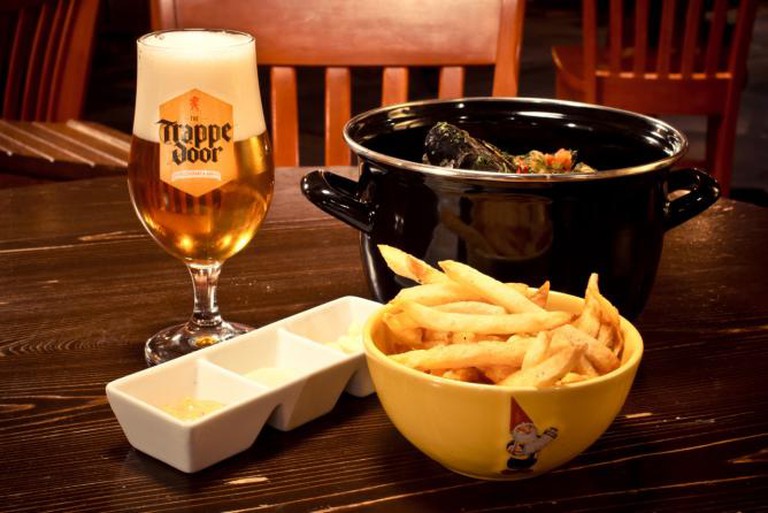 Soby's, Greenville | Courtesy Trappe Door
Soby’s uses fresh, local ingredients to create contemporary dishes with old south influences. The restaurant has a selection of dishes which best showcase ‘southern taste’, such as fried green tomatoes and bacon mac and cheese. These accompany its New South dishes, which include Antebellum shrimp and bacon-wrapped pork tenderloin. The building itself was first erected in the 1800s and has previously housed a cotton exchange, grocery store, bicycle and shoe store. Soby’s has retained some of its historical character by leaving the brickwork, hardwood floors and wooden beams and was awarded the Best Commercial Revitalization Project on its opening.
Open In Google Maps
207 South Main Street, Greenville, South Carolina, 29601, USA
+18642327007
Visit Website
Give us feedback

Gastropub, Restaurant, Belgian, $$$
Facebook
Email
Twitter
Pinterest
Copy link
Share
Map View
The Trappe Door takes its inspiration from Belgium, with more than 150 different Belgian beers and traditional Belgian-inspired food, most notably its mussel dishes. As with most Belgian restaurants, The Trappe Door’s specialty is moules frites. There are six different mussel flavor preparations to choose from, including mariniere and Provençale. The stairs to the restaurant are beneath Barley’s Taproom. This subterranean setting offers a snug ambiance, with low ceilings, exposed brick walls and wooden features to give a Belgian gastropub feel. It also hosts special food and drink events, including beer festivals and all-you-can-eat moules frites nights.
Open In Google Maps
23 West Washington Street, Greenville, South Carolina, 29601, USA
+18644517490
Visit Website
Give us feedback
Give us feedback