Named after the Edistow people, the Native American tribe that used to live on the island, Edisto Island, South Carolina, has drawn visitors for centuries. While only about 2,000 inhabitants live there now, tourists visit year-round to enjoy the warm Atlantic beaches and the accompanying fresh fish. Here are our picks for the best places to eat when you’re relaxing on Edisto Island. 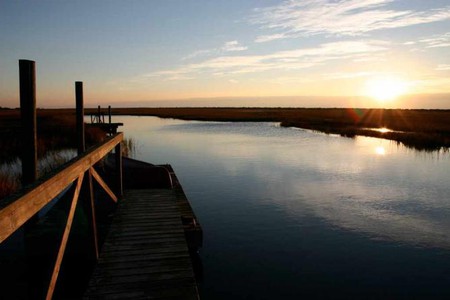 Open seven days a week for breakfast, lunch, and dinner, SeaCow Eatery is exactly the sort of relaxed restaurant that you want for your beach vacation. No matter what time of the day you come, you’ll leave full of simple, fresh, and delicious diner food, with plenty of seafood ready for your enjoyment. You’ll find the widest variety of seafood at dinner, when the choices range from fresh, Edisto-caught shrimp that you get to peel yourself to Mahi Mahi, flounder, and crab cakes. Don’t forget to save room for dessert, the pies, brownies, cookies, and cheesecakes are all baked on-site from time-tested recipes. 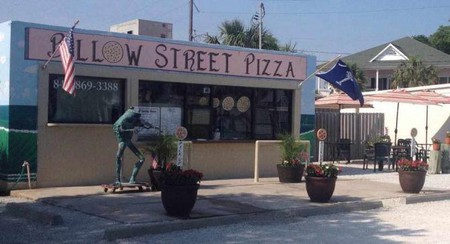 When you walk up to Billow Street Pizza, you know that you’re in for a good time. The building is covered with murals of beach scenes, and there’s a sculpture of a frog playing the violin outside. By that point, the tempting aroma of the pizza will already be wafting towards your nose, and you’ll be pulled right in. They’ve got a no-nonsense menu – you get pizza, pizza, and only pizza, which is all you’ll need to feel totally satisfied. The dough is pillowy and soft, and they have a number of specialty pies with special seasonally-rotated toppings. It’s just a storefront, but if you’re lucky you can also get a seat on their outdoor patio.

When The Waterfront Restaurant first opened in 2001, the name was actually true but then they had to move to accommodate the numbers of people that were coming to taste their exciting and varied brand of fresh food. You’ll find seafood galore, of course, but the menu also takes thrilling turns into southern classics like pimento cheese, Italian food like fettuccini Alfredo, and good old American steaks. The owners are native to Edisto Island, and their main priority is for you to leave feeling like you’re a local, too. Expect friendly and welcoming service to go along with the food, this is a place that you’ll walk into and then never want to leave.

Widely agreed upon as the best place to get seafood on Edisto Island, Flowers Seafood brings freshly caught and cooked seafood to the masses. Everything is cooked in a trailer and you can either eat in their outdoor seating area or take it home to enjoy later. The luxury of the restaurant comes not from its looks, but from its exquisite tastes. The prices are also significantly more forgiving than they would be at a fancier place, but the quality far surpasses most of what you’ll find elsewhere. Flowers is southern charm at its best, no frills, just good food.

McConkey’s Jungle Shack has all the basics down, burgers, hot dogs, fried seafood, and so on, but their menu also offers some exciting other options if you’re looking for something a little different. The Mexican section of their menu is a sure bet, especially with their fish tacos, a favorite around town. However, you won’t just be coming to McConkey’s for the food. They also have a great beer menu, which includes both a number of ubiquitous brews (Bud Light for the novice, Sierra Nevada or Harpoon IPA for the seasoned beer drinker) and a featured brewery, usually one nearby, with an ever-changing menu of drinks. 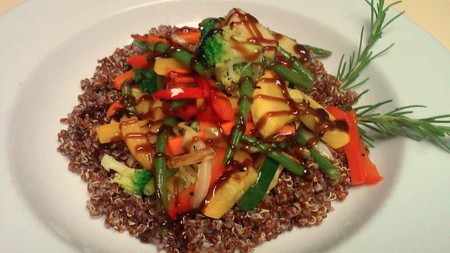 Offering the best of southern cuisine in, you guessed it, a revamped old post office, the Old Post Office Restaurant is a great stop if you’re looking for classy food in a truly pleasant environment. The owners put great care into the design of the restaurant, and the chef crafts dishes with flair and energy. The menu changes frequently, but you can always count on finding delicious seafood or steak options with enticing flavor combinations like cayenne and honey sizzled catfish or pork tenderloin roasted with an orange and soy glaze. This is the perfect stop for a big night out on Edisto Island.

Pressley’s at the Marina

Located on the marina side of the island right by the water, come to Pressley’s in the evening to watch the sunset or at lunchtime to enjoy the gentle breezes off the water. Their lunch menu may be limited, but you’ll still have trouble deciding whether you want tacos or a po boy, and that’s not even mentioning the sandwiches, wraps, and baskets that fill it out. If you come for dinner, you’ll be inundated with seasonal seafood and other great choices. Make sure you also have a look at their cocktail menu with all of its unique signature drinks.

There’s a top-notch barbecue joint at every southern town worth visiting, and Edisto Island is no exception. Po Pigs Bo-B-Q is the place to go for the best pulled pork and fried chicken around, and since we are at the beach, after all, they also have plenty of fried seafood. Taking advantage of their buffet is a good way to try as much as you like of everything, although you may find your plate heavily weighed down. They also have a number of sauces to choose from, so you’ll be satisfied whether you prefer your barbeque sweeter or with more vinegar. Try the hash as a side dish, as it’s the most local element on the menu.