How to Experience a Gamecock Football Game in Columbia

One of the most beloved teams in the SEC, a day cheering for the University of South Carolina Gamecocks is a day you’ll never forget.

No one does a college game day quite like people in the South, especially South Carolinians. Hearing the band slowly swelling into the trumpeting first note of 2001: Space Odyssey—the team’s entrance song since the the 1980s—can give anyone a chill, even at the hottest football game of the year. As the burly players erupt on the field, you’ll feel that deep bowl of the stadium sway ever so slightly from the upper decks. Welcome to the University of South Carolina’s Williams-Brice Stadium. You’re in Gamecock country now.

Don’t drive yourself to the stadium

Whether you use a ride-share app, get your friend to drop you off, rent a moped, walk, or bicycle to the stadium, find alternative transportation. Or even better, take a university-sponsored shuttle for a $3 round-trip ride. Tens of thousands of cars flood the area on game day, and if you can keep one more off the road, you’ll be all the happier for it when you’re not sitting in traffic and trying to get back home after a long day of fun.

Score parking at a brewery

If you must drive, several nearby breweries offer game-day parking packages for great prices, and some even include growlers full of beer to enjoy post-game. If you get too hot at the stadium, they also offer a cool respite to hide at, where you can finish watching the game over a locally-brewed pint.

Gear up in garnet and black

Wear the official University of South Carolina colors to embrace school spirit. You’ll want a hat to shade your face from the glaring sun that affects the eastern side of the stadium during day games, and always bring a spirit rag to whip in the air during Darude’s “Sandstorm,” the Gamecock equivalent of the wave. Avoid orange—the color of Carolina’s biggest rival, Clemson University—at all costs. 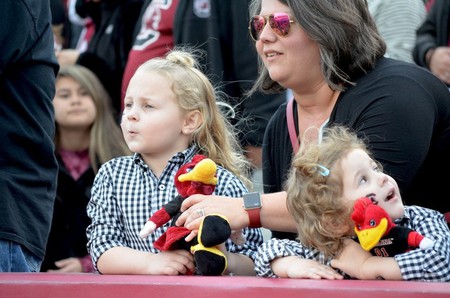 There are a million ways to show school spirit, even for the littlest fans. | © S.C. Air National Guard / Flickr

It gets hot in South Carolina, especially for the first half of football season, and no one wants to go to the medic tent in Williams-Brice. Drink lots of water, especially when in tandem with alcohol.

Only clear bags are allowed in the stadium

Like a lot of major stadiums around the country, the home of the Gamecocks has instituted a clear bag policy. Leave your cute purses at home and pick up a stylish and SEC-approved clear one from a Gamecock retailer or only take the essentials in your pockets. Ziploc bags also suffice if you’re looking for a cheap alternative. They are very strict about this rule and no one wants to hike back to the car just to stow a bag.

Identify the stadium entrance closest to your seats

With the ability to hold 80,000 fans on game day, Willy B, as the college students call the stadium, is HUGE. Rather than meander through thick crowds, identify which of the many entrances is closest to your seats. 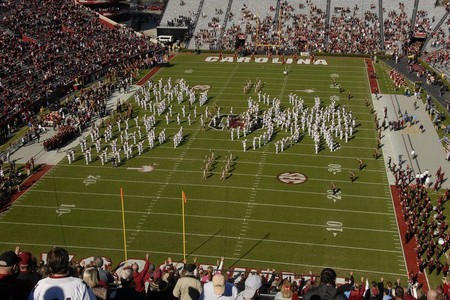 A lot of people come to a football game but don’t actually enter the stadium; they’re just there for luxurious tailgating, a pastime that some people put a lot of planning and money into. Big screen televisions, canvas rocking chairs with cupholders, and generator-powered fans make the parking lot an enticing place to enjoy the game since you can still hear and feel the roar from the stadium following a touchdown.

This idea isn’t always possible, considering that we can’t get tiger meat, but Gamecock fans love to fry up alligator before a Florida game or pork before a Razorbacks game.

Lounge at a nearby bar

Conquest Brewing, River Rat Brewery, Swamp Cabbage Brewing, and the Loose Cockaboose are great places to hang out with a few beers during the game. A few restaurants within the shadow of the stadium also offer a refreshing place to catch the game, including the newly opened J’s Corner, which was remodeled from its 100-year-old roots with game-day excitement in mind.

Listen to the Cocks

Get used to hearing people scream, “Cocks!” It’s a response to the call of “Game!” Holler back and make new friends instantly. 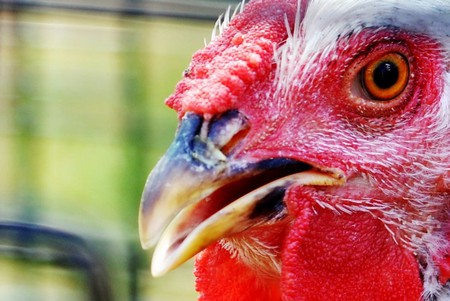 The University of South Carolina’s mascot is the gamecock. | © Nick Escobar / Flickr
Give us feedback