John Steinbeck is considered emblematic of American literature in a way that perhaps only Mark Twain can rival. However, as Lindsay Parnell suggests, his works were not always considered as untouchable as they are now, with his evocations of the struggles of impoverished Americans once thought to be too radical for conservative America. 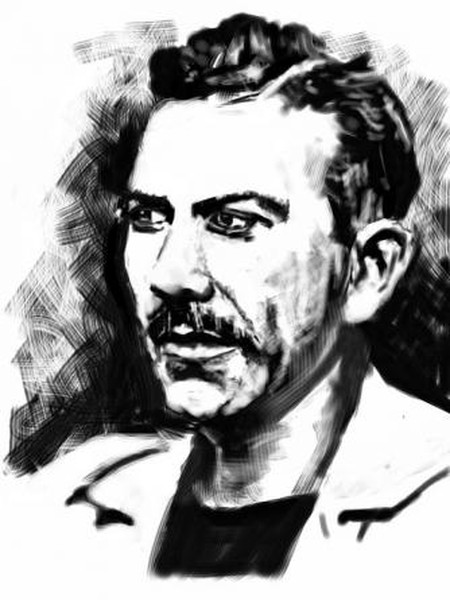 ‘It is usual that the moment you write for publication—I mean one of course—one stiffens in exactly the same way one does when one is being photographed. The simplest way to overcome this is to write it to someone, like me. Write it as a letter aimed at one person. This removes the vague terror of addressing the large and faceless audience and it also, you will find, will give a sense of freedom and a lack of self-consciousness.’

John Steinbeck’s 1975 Paris Review interview (compiled from letters, diary entries and other writings by the author in the wake of his death) reads not as a pompous ‘how-to’ of a genius, but a casually inspiring creative manifesto of an honest man. Although debatably exhausted in comparison to his fellow American scribe Ernest Hemingway, the work of John Steinbeck is as complex as it is genuine. Often regarded as the forefathers of modern American fiction, and rightfully so, Hemingway and Steinbeck both explore a rustic American experience through a brutal narrative interrogation of male identity, driven simply by honesty. ‘A man who writes a story is forced to put into it the best of his knowledge and the best of his feeling. The discipline of the written word punishes both stupidity and dishonesty,’ Steinbeck continued in his 1975 Paris Review compilation which today reiterates the living presence and radiant brilliance of his canon. 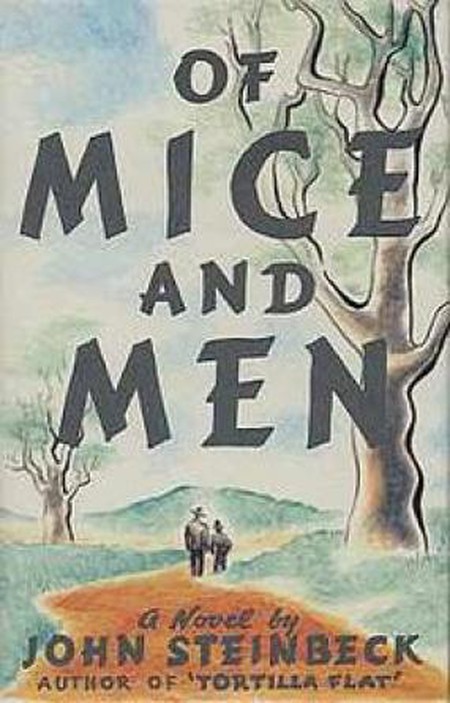 With a body of nearly thirty books, including novels, novellas and non-fiction, and the celebrated recipient of both the Pulitzer and the Nobel Prize for Literature, John Steinbeck’s name is synonymous with American arts and letters. Born in 1902 in a small Californian town, which would provide him with the rustic inspiration for the majority of his fictional canon, Steinbeck was exposed to the unjust treatment and working conditions of migrants at a young age. A natural and gifted student, Steinbeck was academically nurtured by his schoolteacher mother throughout his life. He excelled as a student throughout his childhood and adolescence to study at Stanford University as a young man. However, after having spent five years at university Steinbeck left at age 23, without having completed his degree of study.

Following his departure from education, Steinbeck worked odd jobs, first in New York and then in California, to finance his passion for writing. He found great difficulty in publishing his juvenilia and returned home in the late 1920s where he would marry for the first time. Steinbeck’s parents would support him and his wife financially allowing him to professionally pursue a literary career full-time. Steinbeck’s formal introduction to the literary world came with the publication of his debut novel, 1929’s Cup of Gold, a fictionalized re-imagining of Sir Henry Morgan, a Royal Navy Admiral during the 17th century. Various volumes of short fiction followed Cup of Gold but 1935 brought Steinbeck’s inaugural wave of critical praise and acclaim with the wide release of Tortilla Flat. Chronicling the lives of a group of abandoned men displaced to a derelict existence during the interim American period between World War II and prohibition, Tortilla Flat is an exceptionally crafted novel in its playful nod to the comic cast of King Arthur’s Knights of the Round Table. Steinbeck’s outlandish caricature of Tortilla Flat established him as a major voice of American literature. 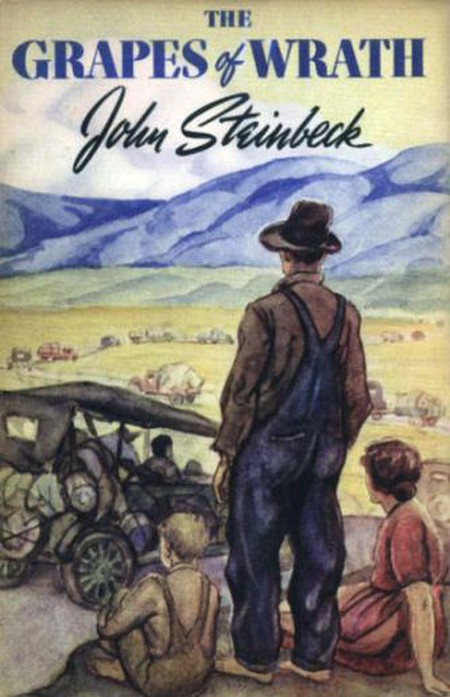 The Grapes of Wrath book cover | © The Viking Press

Steinbeck rode Tortilla Flat’s wave of success to the publication of what is known as his set of ‘California Novels’ set in America’s untamed western landscape during the Great Depression of the early 20th century. This series of titles includes Steinbeck’s duo of his most celebrated and critically commended texts, Of Mice and Men and The Grapes of Wrath. Tracing the wanderings of a pair of migrant workers, George Milton and Lennie Small, Of Mice and Men was published in 1937. During America’s bleak economic and agricultural hardships, George and Lennie venture from ranch to ranch desperate for paid work. The narrative follows their harsh realities beautifully interwoven with their dreams of owning land and being financially stable. But as their dreams are revealed their reality unravels to a tragic conclusion. Only two years later Steinbeck published The Grapes of Wrath, the brilliant, and often controversial, defining text of his career.

Winner of both the Pulitzer and the National Book Award in the year it was released, The Grapes of Wrath is the story of the Joad family in their forced relocation from brutal monetary and agricultural conditions in their home of Oklahoma to California, in the hopes of new and prosperous opportunities. Steinbeck’s instantaneously successful novel was soon adapted for the screen starring Henry Fonda in a film of the same name. The Grapes of Wrath saw John Ford win the coveted Academy Award for Best Director, while the honor of Best Supporting Actress went to Jane Darwell in recognition of her performance as Ma Joad. Much of the controversy surrounding the publication of The Grapes of Wrath was attributed to the text’s supposed socialist ideologies. Inaccurately deemed a ‘propagandist’, Steinbeck’s novel prompted public burnings, banning and heavy censorship. Although once criminally and unjustly attacked, the legacy of The Grapes of Wrath is now nobly celebrated for its truthful and inspiring portrayals of the often dismissed and rejected American poor. Nearly twenty-five years following its first publication, The Grapes of Wrath would become the predominant contributing factor for Steinbeck’s 1962 recognition as a Nobel Laureate. 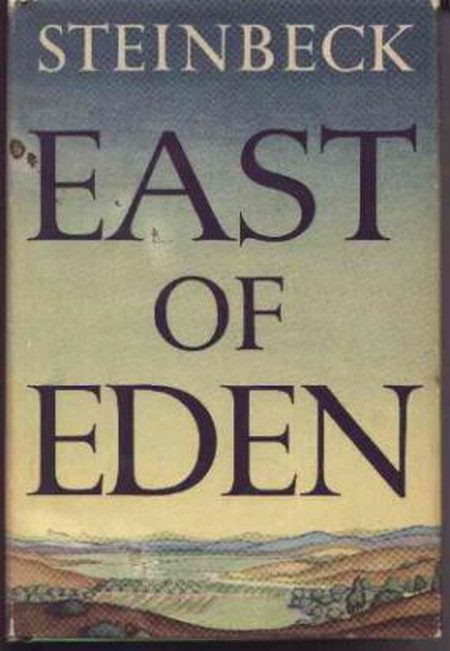 The 1940s marked Steinbeck’s time as a war correspondent during the second world war. He spent time working throughout Europe and Africa. After returning home to the United States, Steinbeck wrote and published a number of successful novellas including 1945’s Cannery Row and 1947’s The Pearl. 1952 saw the publication of what is commonly regarded as his most boldly impressive novel, East of Eden. Steinbeck’s biblically inspired epic, a fictional musing of the Old Testament’s story of brothers Cain and Abel, East of Eden is a domestic drama centered on the emotional journeys of the Hamiltons and the Trasks living in California’s Salinas Valley. In a masterfully balanced thematic matrix exploring impulses of self-destruction, lustful temptation and the complex relationship existing between freedom and guilt, East of Eden remains not only a standout within its author’s canon, but in the canon of American literature. Much like its predecessors Of Mice and Men and The Grapes of Wrath, East of Eden was given the Hollywood treatment in a highly successful adaptation starring James Dean and directed by the much-admired Elia Kazan.

Steinbeck’s inspired legacy lives on not only in the high-tiered esteem of literary scholars and critics, but also in classrooms as his stories are both introduced and relived by students worldwide.