The 10 Best Bars In The Brewery District, Columbus

It is not everyday that a brewery district can be as entertaining as the one in Columbus, Ohio, where visitors can explore a range of culturally diverse bars. With the Scioto River to the west, a spring-fed ravine and the Columbus Feeder canal nearby, the neighborhood became the ideal spot for breweries. With a fantastic location for top-quality drinks, we’ve compiled a list of the 10 best bars in the Brewery District.
Brewery District, Columbus © Eric Fredericks/Flickr

Bar, Pub Grub
Add to Plan
Big Room Bar has 12 beers on tap, with 10 of them being Ohio-produced beers. There’s also live music from national and local acts four nights a week. They call themselves a bar with a radio problem because good music is sometimes hard to find. To make sure this problem is a power for good, they make it their mission to supply unique musical acts that will ensure that their guests have a phenomenal time.
More Info
Open In Google Maps
1036 South Front Street, Brewery District, Columbus, Ohio, 43206, USA
+16144499612
Visit website

Bistro, Restaurant, American, Vegetarian, Vegan, $$$
Copious has access to produce and meats that are organic and locally raised in Central Ohio ready for them to create dishes like their bistro steak and lemon pepper pasta. With the help of organic fresh food, love for flavors and willingness for experimentation, the chef at Copious creates one-of-a-kind dishes that adjust with the seasons.
Looks like it's closed Hours or services may be impacted due to Covid-19
More Info
Open In Google Maps
520 South High Street, Brewery District, Columbus, Ohio, 43215, USA

Restaurant, American, $$$
Drink locally at Columbus Brewing Company Restaurant and try one of their on tap beers, such as the winner of their 14th annual Homebrew Competition, Barley’s Blood Thirst Wheat. It is made with blood oranges and Sicilian blood orange zest to give hints of floral and citrus flavors. There are 10 on tap, 19 bottles and four cans to choose from; guests can also leave suggestions for what they should provide on tap in the future.
Looks like it's closed Hours or services may be impacted due to Covid-19
More Info
Open In Google Maps
525 Short St, Columbus, Ohio, 43215, USA
+16144642739

Enjoy live performances with your favorite ale or beer in your hand. Double Happiness hosts live acts almost every night which customers can keep track of on the event calendar on their website. Don’t miss great performances from local up-and-coming talents like King Cobra and Alex Bleeker and the Freaks. The blood pumping, lively atmosphere paired with the dark-lit event space makes for an unforgettable, electrically charged, exciting night.
482 S Front St., Columbus, OH, +1 614 220 5558 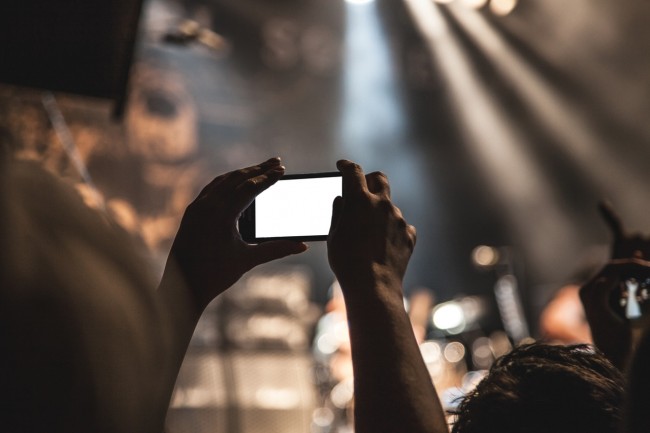 Bar, Restaurant, Pub Grub, American, $$$
Add to Plan
Brick An American Kitchen, Columbus | © Eric Fredericks/Flickr
South of downtown Columbus, Brick American Kitchen has still retained some aspects of the old Brewery District like American fare, handcrafted cocktails, and shuffleboard. There is even a remodeled space below the restaurant called The Cellar at Brick, which is ideal for celebrations. The basement and the first floor are beautifully dynamic; while The Cellar at Brick has a dance floor, WiFi and a private bar, the Brick American Kitchen is more traditional in its intimate setting as a bar and restaurant.
More Info
Open In Google Maps
520 South Front Street, Brewery District, Columbus, Ohio, 43215, USA
+16149145558
Visit website

Gastropub, Pub Grub, $$$
Any time is the best time to take full advantage of Westies Gastropub‘s four seasons patio and one of the 24 rotating draft beers. There is a Happy Hour on all drafts, domestic bottles and cocktails which perfectly compliment their pretzel crusted fish and chips or their bullet bourbon glared salmon.
Looks like it's closed Hours or services may be impacted due to Covid-19
More Info
Open In Google Maps
940 South Front Street, Brewery District, Columbus, Ohio, 43206, USA
+16146746143

Affordable dinner and lunch menus with Mediterranean accents and South American inspirations await guests at SideBar Columbus, as well as an extensive drink selection. Their champagne comes from France and California, white wine from Argentina, Italy and Australia, and red wines are from Chile and Spain. They also have beers, ales and cocktails available.
122 E Main St., Columbus, OH, +1 614 228 9041

Bar, Pub Grub, $$$
Add to Plan
Food prep | © unsplash.com/Pexels
Walter Plank opened a bar in 1939, six years after the end of Prohibition, and over a half century and three generations later, Plank’s Bier Garten is still run by the family. They have a great selection of beer, a comfortable atmosphere that feels like home, and a Happy Hour. Plank’s Bier Garten offers unbeatable drink and appetizer specials that will fill appetites and keep wallets healthy.
More Info
Open In Google Maps
888 South High Street, Brewery District, Columbus, Ohio, 43206, USA
+16144434570
Visit website

Manifesto, which offers a blend of Mexican and Italian cuisine, is conveniently located a few blocks away from Double Tree Hotels and the State Theater. They serve unique scotch and whiskey choices that include island scotch, Japanese whiskey, blended scotch whiskey and blended Irish whiskey. Red and white wines by the glass and bottle are also a part of the menu.
21 E State St., Columbus, OH, +1 614 220 9327