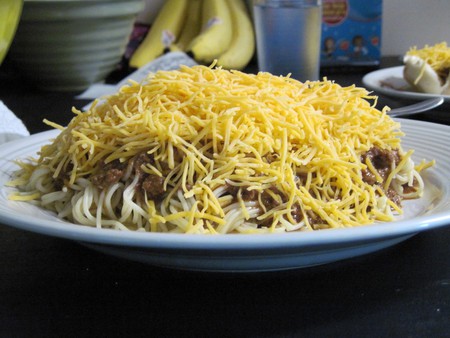 Cincinnati is famous for its unique, Mediterranean-inspired chili. Alternatively reviled and adored, Cincinnati chili never fails to get a strong reaction from people. The chain restaurant best known for this Midwestern delicacy is Skyline Chili, which has locations throughout Ohio, Kentucky, Indiana, and Florida. But what makes this chili, often served atop supersized franks or even spaghetti and piled with cheddar cheese, so famous? Let’s take a brief tour of Skyline Chili’s history to find out.

Take a bite of the secret chili recipe served at Skyline Chili in locations through Cincinnati and Greater Ohio, and you might wonder why it’s so different from any other brand of chili. While out-of-towners often find it strange, wondering why it has such a distinct flavor (some say it tastes like cinnamon), many native Ohioans consider it a regional favorite, accompanied by nostalgic childhood memories.

Greek immigrant Nicholas Lambrinides worked as a local cook on a railroad and in a Cincinnati hotel before opening his first short-order diner after settling down in the U.S. in 1912. He updated and toyed with his family’s secret chili recipe for years, eventually arriving at the same Skyline Chili recipe used today in the restaurant chain. He opened the first Skyline Chili in 1949 with his three sons, naming the restaurant after the Cincinnati skyline. 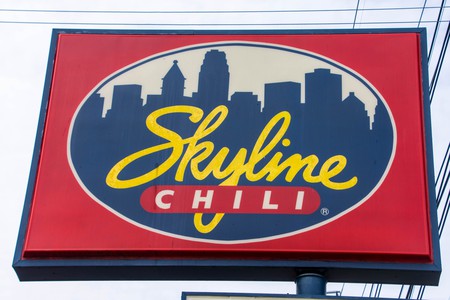 Skyline Chili favorites include Coneys, or signature hot dogs topped with mustard, chili, onions, and cheese, and Ways: combos of chili, spaghetti, and more-than-generous mounds of shredded cheese. A 3-Way is the standard, with chili, pasta, and cheese. A 4-way includes onions or beans, and a 5-Way includes both. The mix of hot chili and cold noodles is a favorite of many devoted customers.

The Cincinnati chili recipe includes a wide range of flavors reminiscent of Lambrinides’ Greek roots. Home recipes attempting to mimic the famous Skyline Chili often include spices such as paprika, Worcestershire, and cumin. Skyline Chili also has a distinct sweetness. Rumors about the source of the sweetness abound, with some fans claiming that allspice or nutmeg is the culprit. Others claim it’s chocolate, but no one knows for sure. 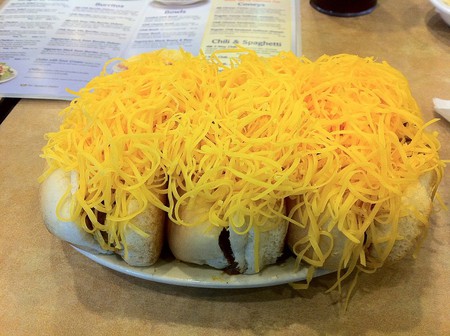 Today, there are over 100 Skyline Chili locations across the U.S., primarily scattered throughout Ohio. You can also buy canned Skyline Chili to recreate your favorites at home with cheese and noodles or hot dogs.

Skyline Chili restaurants, especially the flagship ones in downtown Cincinnati, have a casual, old-time diner flair. They are particularly popular for big families, quick eats, and sporting events. That makes sense: At less than $6 a plate, Skyline Chili’s dishes are fast, cheap, and filling, which adds to their regional popularity.