How Cincinnati, Ohio, Got Its Name 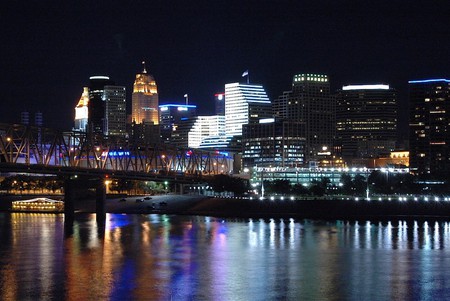 Cincinnati, Ohio, is a creative, economic, and cultural Midwestern hub nestled along the Ohio River. Its name has a storied history, with Roman military roots and connections to the Revolutionary War and the founding of the United States. Delve into the history of Cincinnati’s name, and learn how the “Queen City of the West” acquired its moniker.
Israel Ludlow, Robert Patterson, and Matthias Denman purchased the 800 acres that comprised Cincinnati’s humble beginnings in 1788. The land was located along the Ohio River and across from the mouth of the Licking River, which inspired the town’s original name: Losantiville. With Anglo-Saxon, Greek, and Latin origins, the town’s name literally meant “The Town Opposite the Mouth of the Licking.” The settlement kept this name for its first two years of existence.

Losantiville grew over the subsequent years as more settlers arrived. In 1790, the town was named the county seat of Hamilton County by Arthur St. Clair, the Northwestern Territory governor. St. Clair renamed Losantiville, bestowing upon the growing settlement the name of Cincinnati. 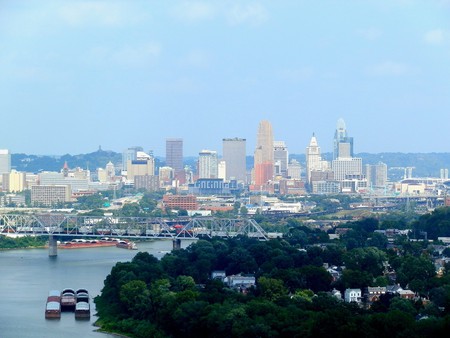 Cincinnati got its name from the 5th-century BC Roman soldier and hero, Lucius Quinctius Cincinnatus. After leading the republic’s army to victory over invaders, he denied rewards, returning to a farm where he lived out the remainder of his days instead. For many people, and especially Revolutionary War-era Patriots, Cincinnatus embodied self-sacrifice, patriotic loyalty, integrity, and civic virtue. In particular, his history represented for new Americans the promise of democracy and the possibility of overcoming tyranny.

Cincinnatus’ bravery inspired both Governor St. Clair and the founders of the Society of the Cincinnati, also named after the same Roman “people’s hero.” The Society of the Cincinnati, to which the name of the city of Cincinnati was also a nod, was founded by Continental Army officers in Newburgh, New York, in 1783. The Society still exists today as a fraternal philanthropic and patriotic organization dedicated to what its members describe as the values and memory of the American Revolution.

In 1790, Governor St. Clair was the President of the State Society of the Cincinnati of Pennsylvania, explaining his deep connection to the name and its origins. Many members of the Society had settled throughout the territory he governed, making Cincinnati a particularly suitable name for the growing region.

Cincinnati was subsequently incorporated as a town in 1802 and officially recognized as a city in 1819. It would eventually become, for a time, the most densely populated city in the United States and a major center of industry and commerce.