Your Guide to New York Harbor in the Movies 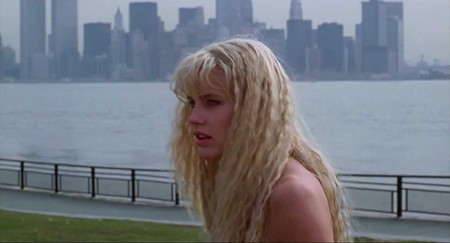 There’s scarcely a street corner in New York City that hasn’t provided a backdrop for a movie scene. Here’s the first in a series of essays that looks at how film has captured the atmosphere of specific neighborhoods or areas.

In his essay “Up in the Old Hotel,” the great New Yorker writer Joseph Mitchell wrote of visiting the Fulton Fish Market, “The smoky riverbank dawn, the racket the fishmongers make, the seaweedy smell, and the sight of this plentifulness always give me a feeling of well-being, and sometimes they elate me.” The fish market has vanished, as have the masted ships that helped make New York City an economic powerhouse, but the harbor is a still a vital part of the city. In cinema, it has been a backdrop to countless stories.

The Statue of Liberty has graced many films. One standout is Alfred Hitchcock’s thriller Saboteur (1942), in which aircraft worker Barry Kane (Robert Cummings), falsely accused of sabotage, embarks on a cross-country chase with feisty model Patricia Martin (Priscilla Lane), fending off fascist sympathizers and trying to prevent an attack on a ship at the Brooklyn Navy Yard. (After it burned and capsized in the Hudson, Hitchcock incorporated footage of the USS Lafayette, formerly the SS Normandie.) 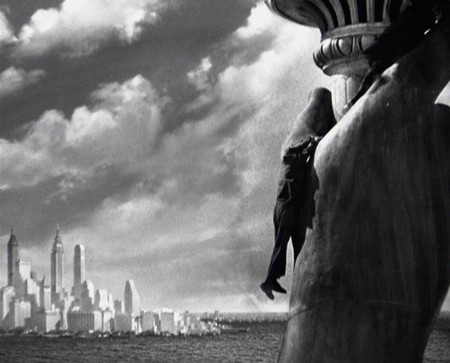 To distract the saboteur (Norman Lloyd) in Lady Liberty’s crown, Patricia reads Emma Lazarus’s poem aloud from a tourist pamphlet. “Little Miss Liberty, carrying the torch,” he sneers. He climbs out of the torch to escape pursuers, falls, and dangles above the statue’s noble face. To shoot the nail-biting climax, a portion of the statue was re-created to scale on a soundstage.

Ellis Island has also been an enduring subject from the days of silent cinema. In The Immigrant (1917), Charlie Chaplin crosses the ocean on a ship that rocks like a seesaw, where he meets a pretty fellow immigrant (Edna Purviance) and is accused of theft. On shore, he nearly starves but makes a hopeful new beginning. 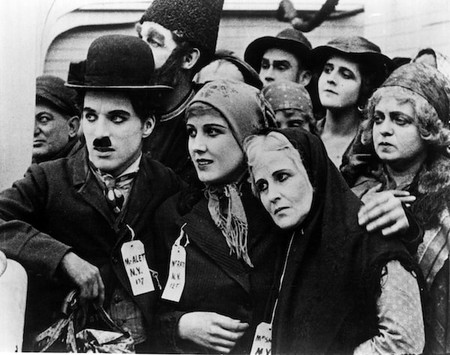 Other memorable depictions include Elia Kazan’s America, America (1963), based on a Greek uncle’s struggles to endure oppression and reach the United States from Turkey, and Francis Ford Coppola’s The Godfather Part II (1974), in which the young Vito Corleone passes through the “golden door.” 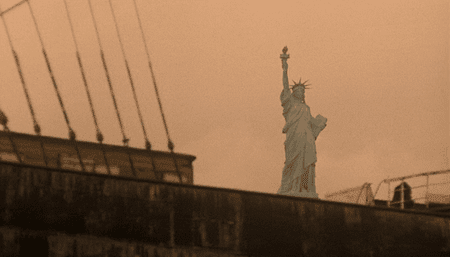 Threatened with deportation, Ewa accepts help from the tormented pimp and impresario Bruno (Joaquin Phoenix) and navigates a claustrophobic world on the Lower East Side. She returns to Ellis Island more than once, at one point hearing a performance by Enrico Caruso and first meeting Bruno’s cousin Emil (Jeremy Renner), a magician. Each visit is like a station in her emotional and spiritual journey. 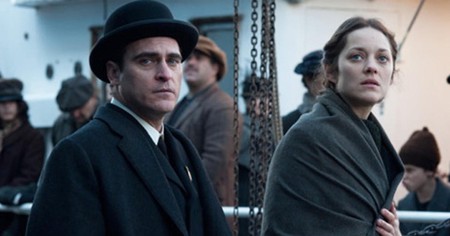 The waterfront is a place of imagination and sensuality in Josef von Sternberg’s exquisite silent The Docks of New York (1928). Shot on studio sets, it conjures up a realm of shadows, fog, and damp cobblestones at a time when Manhattan was fringed with piers.

On shore leave for the night, a coal stoker, Bill (George Bancroft), saves Mae (Betty Compson) after she tries to drown herself. A preacher marries them at a waterfront saloon, but daylight brings doubt and disillusionment. Gulls crowd outside the window of a bedroom with cracked plaster walls, evoking romance and briny squalor. Harold Rosson—who later shot Technicolor films like The Wizard of Oz and Duel in the Sun—contributed the moody black-and-white cinematography. 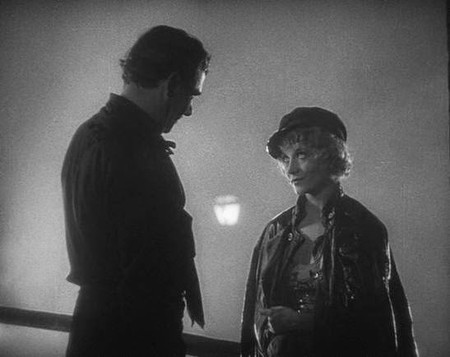 In Sam Fuller’s pulp noir Pickup on South Street (1953), a bait shack perched over the water off South Street makes a picturesque hideout for pickpocket Skip McCoy (Richard Widmark). After lifting microfilm from a subway rider (Jean Peters), he becomes entangled in Cold War espionage. Much of the movie was shot on sets, but Skip is a creature of New York’s waterfront—sleeping in a hammock, stashing beer in the river, frequenting a riverside cafe.

When a friend, Moe (Thelma Ritter), dies in her Bowery apartment, he retrieves her body as it is being ferried to Potter’s Field. Fuller reminisced about sleeping in similar bait shacks. You won’t find any at Skip’s address, 66 South Street, but you can walk along the river and imagine what it would be like to have that room with a view. There is also a brief overhead shot of the cobblestoned street outside the former police headquarters building on Centre and Broome streets.

One of the charms of the romantic comedy Splash (1984), directed by Ron Howard, is that it highlights Manhattan’s proximity to the ocean. Daryl Hannah’s mermaid, as eye-catching as a ship’s figurehead, grows legs and walks ashore on Liberty Island in search of Allen (Tom Hanks), who has a business on the waterfront (although he deals in produce, not seafood). In this tale, the princess—with an orange tail instead of a white horse—rescues her beloved. The Fulton Fish Market moved to the Bronx in 2005, but historic market buildings remain on South Street.

The harbor is almost a character in Mike Nichols’s Working Girl (1988), about Tess (Melanie Griffith), a smart, big-haired young Staten Island woman looking for a foothold in the Manhattan business world. Her boss (Sigourney Weaver)—who steals one of her ideas—has an office with spectacular views of glittering water and passing vessels. Some scenes were filmed at One State Street Plaza. 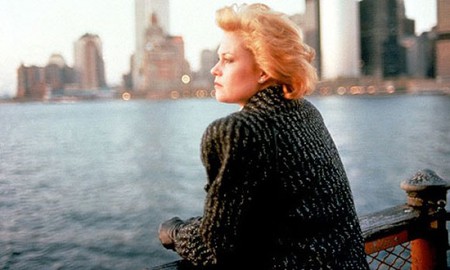 Ships visible when Tess leaves a Seaport bar with handsome financier Jack (Harrison Ford) are more than a romantic backdrop—they’re a reminder of her journey and the community she comes from. At that spot you can tour the newly restored iron-hulled vessel Wavertree, or take a sail on the schooner Pioneer, both part of the South Street Seaport Museum’s Street of Ships, and think about how maritime culture has shaped the city.