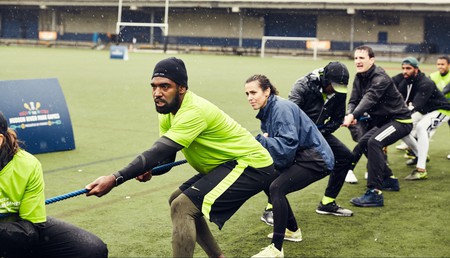 Hudson River Park is the longest waterfront park in the United States. Comprised of 550 acres, the park runs along the West Side of Manhattan from Battery Place to W. 59th St.

Launched in 2015, the Hudson River Park Games are a series of team-based contests held annually at Pier 40 to not only celebrate the park, but help it thrive and evolve. Every $4 raised aids in the maintenance of one square foot of the park’s hundreds of acres of sports and recreational space.

“For so many New Yorkers, Hudson River Park is truly their ‘Park for Play’,” says Connie Fishman, Executive Director of Hudson River Park Friends. “The Games Pentathlon is our way of welcoming the park’s many sports enthusiasts to compete and support the park, while kicking off the season-long ‘Summer of Fun’ with our neighbors and Friends.”

Each year, 30 co-ed teams, comprised of 10 members apiece, compete in five competitions: dodgeball, basketball, flag football, kayaking, and beach volleyball. At the end of a fun-yet-grueling day of competing, one team reigns supreme by hoisting the cup.

The Hudson River Park Games are more than just the competition, though. Visitors and participants can enjoy a plethora of activities and events, including Healthy on the Hudson‘s outdoor workout studio with Bootcamp Turf and Yoga Pod. There was also a Health and Wellness Expo that provided games and healthy foods for all.

“Nowhere else in Manhattan offers so much organized play in one place—from soccer scrimmages to baseball drills and games, to shooting hoops and going for the spike in beach volleyball,” says Mike Dunleavy, former NBA player and supporter and donor of Hudson River Park. “Living on the West Side of Manhattan is a unique experience and I couldn’t imagine living in the urban jungle of NYC without this incredible riverfront oasis right outside my front door.” 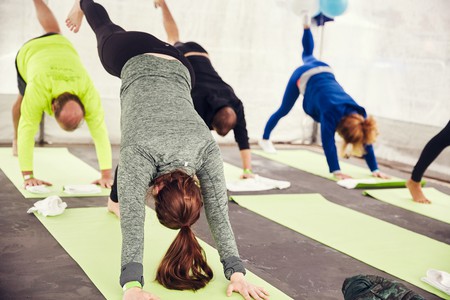 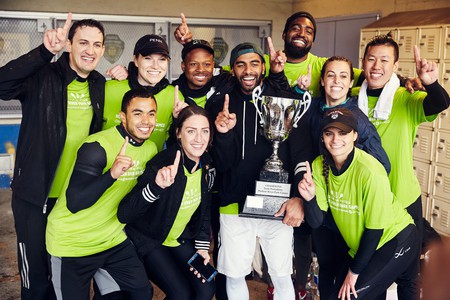