One of the most well-known metropolises in the world, New York City is visited by millions of tourists each year. While there is no shortage of notable landmarks, museums and historic buildings, all of which are worth a visit, there are many sites which are equally important but are often neglected by tour guides. Read on to learn about these forgotten landmarks. 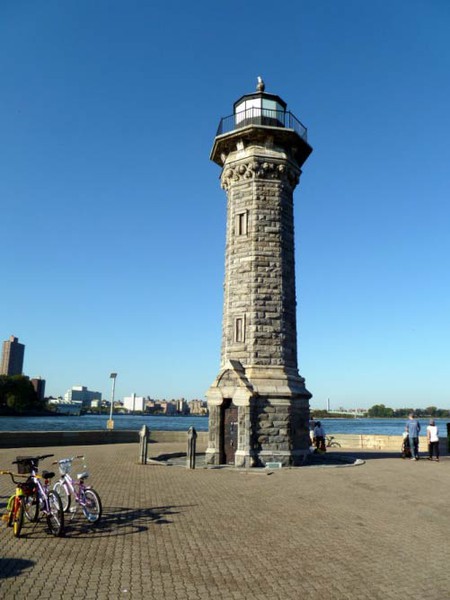 Constructed in 1874 and still standing on the northern tip of Roosevelt Island, the Blackwell Lighthouse has managed to retain its architectural integrity throughout the years. However, besides its simple, Gothic-style appearance, this forgotten landmark offers something a little more interesting; a history that is intertwined with the infamous Municipal Lunatic Asylum, which was also located on the island years ago. Legend has it that one of the patients of this hospital actually built the lighthouse, but whether or not this is folklore, a sense of eeriness and alleged paranormal activity has nonetheless taken over the site and made it a unique destination.

While one does not normally use the words ‘landmark’ and ‘subway station’ in the same sentence, in the case of the Knickerbocker Door, this is a very logical correlation. A locked doorway with the name ‘KNICKERBOCKER’ written on top once led to the Knickerbocker Hotel at 1466 Broadway. The idea of having a direct entrance from the Times Square shuttle platform to the hotel was an extremely innovative feature. After closing in 1920 and remaining as an office building for the following decades, today the Knickerbocker Hotel is back in business and hopefully ready to open its underground door once more. 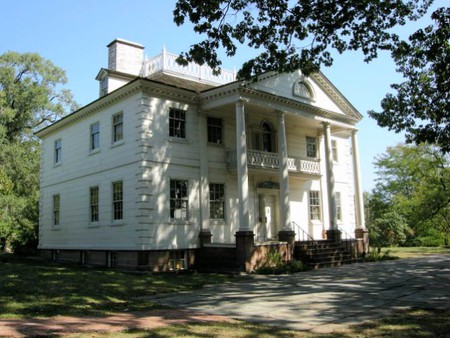 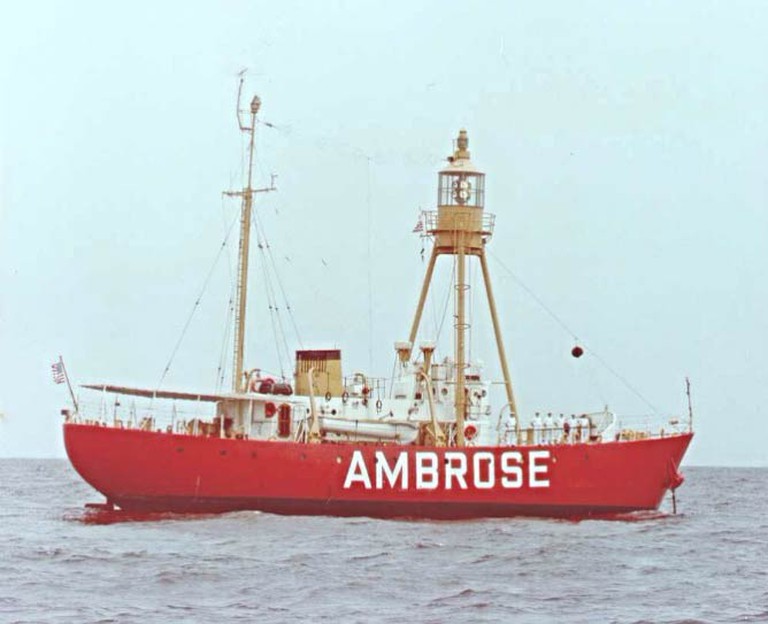 Ambrose Lightship | © Wikimedia Commons
Operating as a museum since 1904 under the Daughters of the American Revolution and part of the Historic House Trust, the Morris-Jumel Mansion was actually built in 1765 and has a long and dignified history. Serving as Washington’s command base during the Battle of Harlem Heights in 1776, then later hosting a dinner party with Washington, Jefferson, Hamilton, and other dignitaries in 1790, the mansion was a place where our Founding Fathers literally left their mark.

Museum
Facebook
Email
Twitter
Pinterest
Copy link
Share
Constructed in 1907, this lightship served as a floating lighthouse and was instrumental in safely leading ships from the Atlantic Ocean into the lower New York Bay. The first vessel of its kind to also be equipped with a radio, the Ambrose Lightship dutifully maintained its position from 1908 to 1932. Part of the South Street Seaport Museum since 1968, visitors can take a complete tour of the boat to really get a sense of its historical importance. 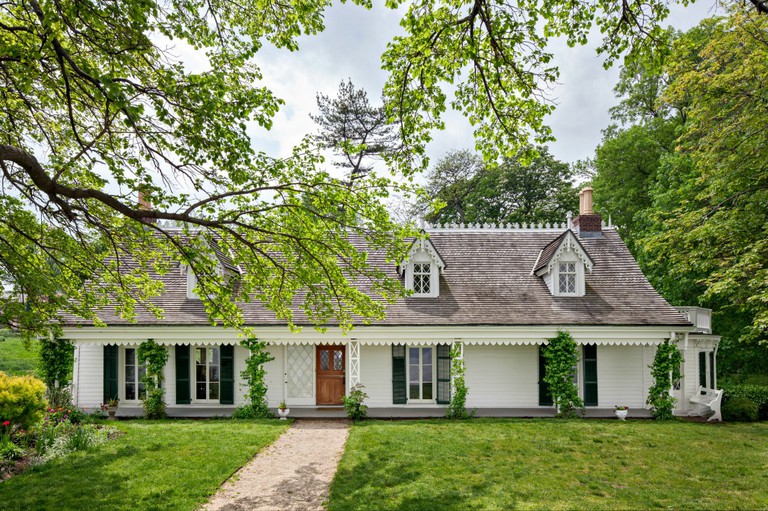 Floto+Warner, Clear Comfort, 2015 | © Floto+Warner / Courtesy of Alice Austen Museum
A quaint, Gothic-style cottage located on Staten Island, this modest home was once dubbed ‘Clear Comfort’ but is more commonly referred to today as the Alice Austen House. Alice Austen, one of America’s first well-known female photographers, is known to have taken over 8,000 high-quality pictures. Her life and history have presently illuminated the cultural significance of the house, as it was the subject of many of her early photographs. Built as a one room Dutch farmhouse in 1690 and later renovated by the Austen family in the 1800’s, the Alice Austen House now stands today as a museum to remind people of this noteworthy figure in New York and American history.

Located in New York City, the Stonewall Inn is anything but your average bar. It was here, in 1969, that the LGBT community rose up against the unjust laws that were in place and fought against a police raid on the tavern. While it was illegal for gay people to be served alcohol or even dance together, the patrons at the Stonewall Inn stood up in the face of oppression. After the initial fight sparked a series of riots the following nights, each growing larger in number, the Gay Rights movement had officially begun. Today, it is still an operating establishment and a National Historic Landmark.

Museum, Building, Church, School
Facebook
Email
Twitter
Pinterest
Copy link
Share
Once the site of the oldest schoolhouse in America, the Voorlezer House is a historic landmark that still stands since its construction in the 17th century. Built by the Dutch Church, the school also doubled as a place of worship and a home for the Voorlezer, who was an educator and reader. Situated on Staten Island and open to the public today, this house resides in the Historic Richmond Town district, fitting right in with the surrounding structures. 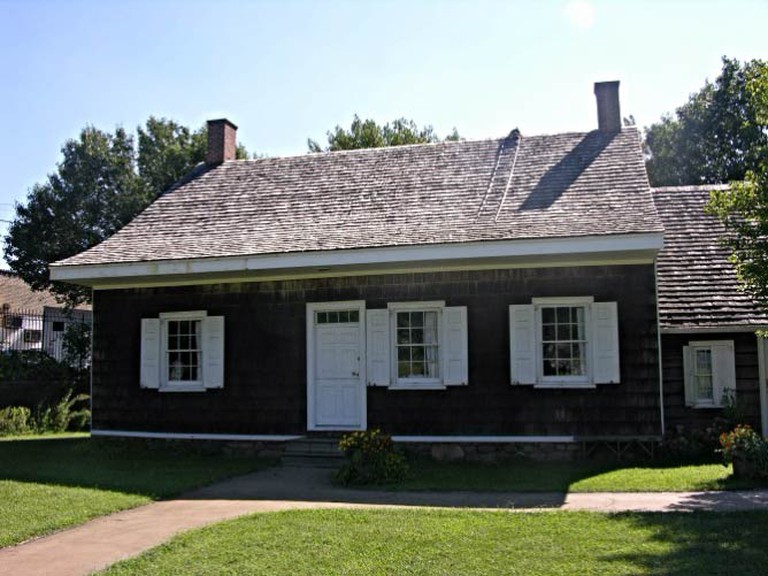 Wyckoff House | © Wikimedia Commons
A small, cozy, English church in the Bronx, Christ Church Riverdale has been operating as a place of worship since its initial construction in 1866. Architect Richard Upjohn is responsible for providing the plans for the church, and it was under his guidance that many other Gothic revival-style churches were built. Officially in possession of landmark status, Christ Church Riverdale stands out in the surrounding community and is one of Upjohn’s most notable works.

Cemetery
Facebook
Email
Twitter
Pinterest
Copy link
Share
A relatively small cemetery nestled in the heart of the Bronx, the Old West Farms Soldiers Cemetery is the final resting place of numerous veterans. In fact, it is the oldest public veteran’s burial ground in the Bronx, adding to the reasoning behind designating it as a New York landmark. Taking note of some of the names and dates on the bare headstones, it becomes apparent that men who served in the Civil War, World War I, and other battles have been laid to rest here, making a walk through this cemetery a rewarding experience.