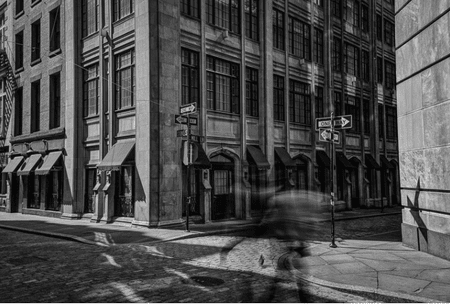 Nothing captures the gritty, sensual essence of New York City quite like a black and white photography series.

Every once in a while, you come across a photographer who shakes up your perspective, expressing the familiar in a deliciously unusual way. With his film noir depictions, Bob Estremera captures the silent, stoic beauty of New York City architecture—and he’s been doing it for over a decade.

The photographs radiate something eternal, even though they depict the temporal, ever-evolving New York City landscape. Here’s what the artist has to stay about his work, the architectural future of the city, and the magic of seeing the world in black and white. 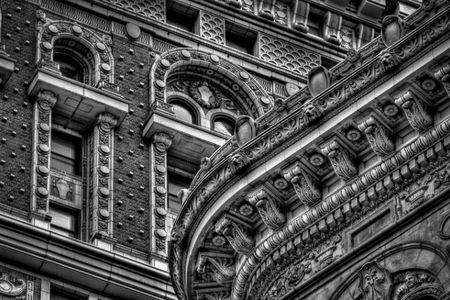 Culture Trip: Your Lower East Side series really captures classic New York, especially with the old storefronts, pre-war buildings, and fire escapes. How have you seen the city change in the past 10, 15, 20 years?

Bob Estremera: Everything that gave New York City its “mojo” is vanishing. All the little neighborhood stores are dying one by one, all over the city. It’s no longer possible for working class people to live here. And the character of a city, in my eyes, has always been about the people that live there. When the stores and businesses that gave a neighborhood its life, its definition, are gone, its attendant humanity also becomes extinct. 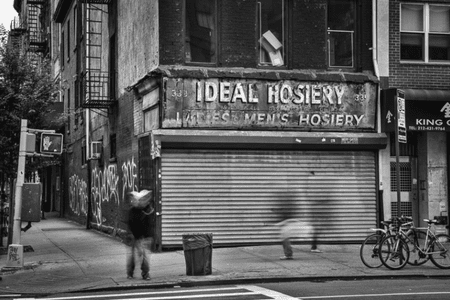 Storefront on the Lower East Side | © Bob Estremera

CT: How do you envision the future of New York’s architecture? More all-glass facades or a focus on the preservation of pre-war buildings?

BE: The preservation movement exists, but its strength and reach is not consistent. Greenwich Village has a vibrant and strong activist group: the Greenwich Village Society for Historic Preservation. They work very hard and have been effective as a counterbalance to the relentless power of the developers and the city government that empower them. But demolishing pre-war and older buildings in favor of cheaper, soulless, gleaming architecture is clearly the trend.

CT: A lot of your photos capture the exquisite, yet subtle iron work in the fire escapes. How would you describe these fire escapes? Do you think they’ll become a thing of the past?

BE: Fire escapes are one of the little things that mean so much in the history of New York City. They were extensions of the living space. Havens from the heat and balconies of life. Now, even where they do exist, the luxury of air conditioning has relegated most, not all of them, into the utilitarian function for which they were designed. And yes, many of them will be lost as development takes its toll. 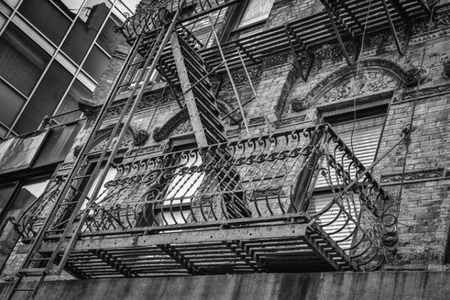 Fire escape on the Lower East Side | © Bob Estremera

CT: How does shooting in black and white lend itself to effectively capturing architectural details within the city?

BE: Architectural details, of whatever type, present my eyes with a nearly infinite variety of shape, tone and texture—all of which is strengthened by removing the influence of color. It’s a very yin and yang thing and works whether the details are classic or modern.

CT: What’s the most ornate building you’ve ever photographed in NYC?

BE: The Alwyn Court building on West 58th Street. It was built with the most magical and elaborate details of any building in the city. 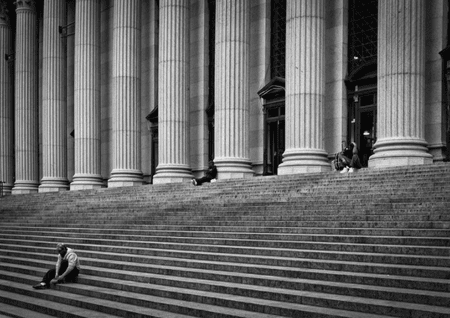 CT: The symmetry and balance within your architectural photos is simply amazing. Do you think this idea of balance is inherent in NYC (like our grid system, for instance) or do you have to hunt to find it?

BE: The architectural compositions I see are what you might call “hidden in plain sight.” I believe that architects, particularly the classic one, design with symmetry in mind. But my images are composed by balancing and framing particular aspects of the details.

CT: If you could narrow down your muse to one (specific) thing, what would it be?

BE: The need to communicate through imagery. 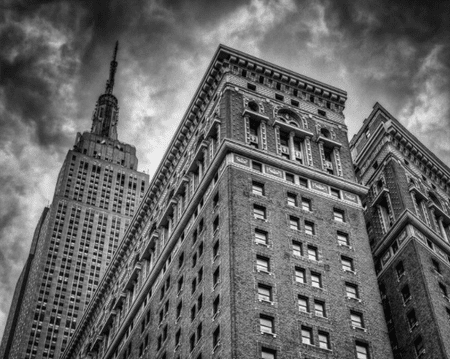 CT: Why the choice to shoot in black and white?

BE: I pretty much see the world in black and white. I’m not blind to the impact and beauty of color, but drama in which the world presents itself to me is in black and white. Another factor for the attraction to this medium is my background with the world of black and white film and the darkroom experience. The magic of an image slowly coming to life in the developing tray has never left me. And even though it’s all on the computer now, the magic of the outcome is still there. 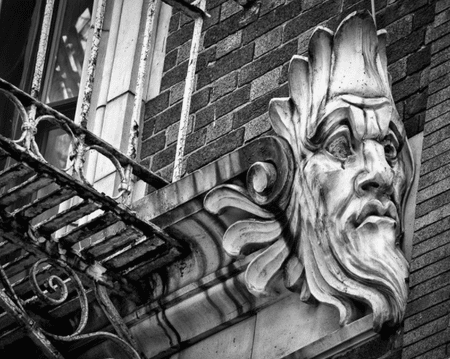 CT: What’s your favorite building in the city?

BE: The Woolworth Building. The exterior is adorned with many exquisite storytelling details, and holds an important place as one of, if not the original New York City skyscraper. It was built out of the personal wealth of its originator Frank Woolworth, and its first floor lobby and interior is the most breathtaking example of commercial architecture anywhere in the country. 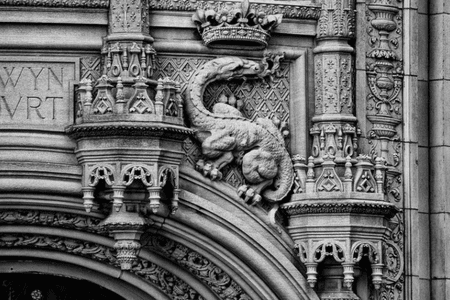 BE: In the right light, even a log cabin can be dramatic. But I think the inherent intricacy of the Beaux-Arts style is one of my favorites. The style usually includes sumptuous curves and angles that present nearly endless compositional possibilities. 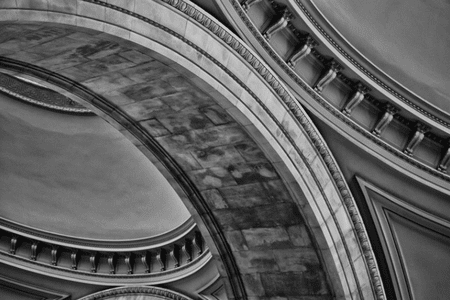 CT: What’s your favorite neighborhood and why?

BE: Greenwich Village. It still retains most of its visual charm and I never tire of getting lost in its twisting, turning streets that were [once] the home and incubator to some of America’s most influential artists, musicians, and poets from the counterculture days of the 1960s.