Taiwanese-American artist Tehching Hsieh is a pioneer of durational performance art, with fellow performance artist Marina Abramovic referring to him as the ‘master’ of the art form. Hsieh has made a series of performances out of his life, epitomizing the meaning of the phrase, ‘art is life.’

Tehching Hsieh (b. 1950, Taiwan) is a New York-based performance artist, whose career involved a continuous series of long durational performances. Art became for the artist a way of life, completely integrated in his daily routines. Growing up in a conservative democracy that was still predominantly closed to the outside world and then experiencing voluntary exile through a period of illegal immigration, the artist found out that freedom was indeed an irony. His lifetime works could be read as an exploration of the meanings of freedom and entrapment, stasis and movement and, more appropriately, of the universal human condition. 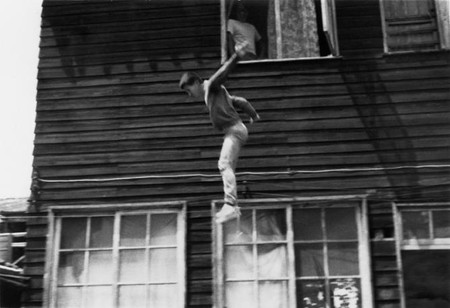 Before moving to the United States, Hsieh dropped out of high school and took up painting. In an interview with Frieze Magazine (2009) (PDF download), he explained how he was influenced by abstraction. After his three-year compulsory military service (1970-1973), he had his first solo show at the gallery of the American News Bureau in Taiwan. In that same year, 1973, he stopped painting and made his first performance action, entitled ‘Jump’, a groundbreaking piece in which the artist jumped from the second floor of a building in Taipei and broke both his ankles. This work, received with shock by the local audiences, was a precursor of what would become Hsieh’s artistic practice: one that would require and demand enormous, extreme amounts of physical and mental endurance, and which would explain the artist’s belief in living in the present tense as a way to be in this world.

Hsieh used his training as a sailor as a means of entry into the United States and in 1974 he boarded an oil tanker bound for a small port town by the Delaware River in Philadelphia. After 14 years as an illegal immigrant, he was granted amnesty by the United States government in 1988.

Art Is Life, Life Is Art

On 13 July 1974, the same day he arrived in Philadelphia, Hsieh travelled to and settled in New York City. From his small studio to the streets, he planned his life from 1978 to 1986 through a series of performances entitled One Year Performance, year upon year, living his art and making art out of his life. Mousse magazine quotes the artist as explaining why he chose the one-year durational format for his works: ‘One year is the basic unit of how we count time. It takes the earth a year to move around the sun. Three years, four years, is something else. It is about being human, how we explain time, how we measure our existence.’ 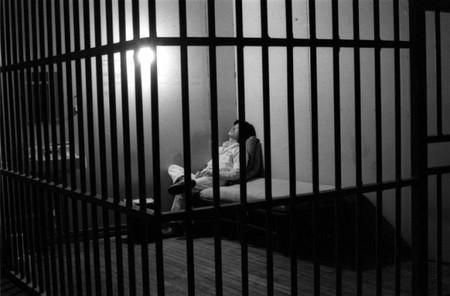 The first in the series, ‘One Year Performance 1978-1979 (Cage Piece)’, lasted from 29 September 1978 through 30 September 1979 and saw the artist lock himself in a wooden cage measuring 3.5 by 2.7 by 2.4 meters, located in his Tribeca studio loft in New York. Sealed by his lawyer, his humble abode was furnished only with a wash basin, a light bulb, a pail and a single bed. During the performance, Hsieh was not allowed to talk, read, write, listen to the radio or watch TV, depriving himself of all contact with the world, except for visits from a friend to bring clean clothes, food, empty his waste and take a photograph of the artist. Visitors’ times were highly restricted and Hsieh, following the rules of this piece, did not interact with the audience. 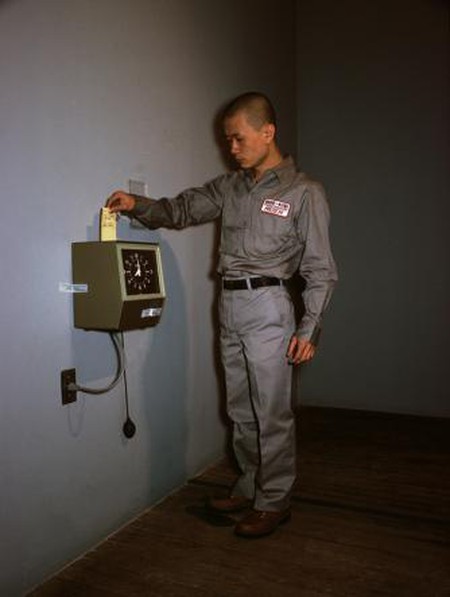 A review in The New York Times on ‘Performance 1: Tehching Hsieh’ (2009), New York’s MoMA exhibition of the Cage Piece, read (PDF download): ‘What’s most tangible about the ‘Cage Piece’ is the almost palpable immensity and emptiness of time, nothing but time, of life as the filling of time. Mr. Hsieh carved a notch for each day in the wall. (He didn’t consider it writing.) He said he spent the time staying alive and thinking about his art.’

Returning to the crowded streets of Manhattan after a year of voluntary imprisonment and isolation had, for the artist, an extremely violent impact, like an aggression.

‘One Year Performance 1980–1981 (Time Clock Piece)’ from 11 April 1980 through 11 April 1981 saw the artist punch in a time clock every hour of the day, for a year. He took a picture of himself every hour, then edited into a six-minute film. At the beginning of the performance, again like in his first piece, Hsieh shaved his hair to document the passage of time. This work was included in the Guggenheim’s ‘The Third Mind’ (2009), inclusive of all materials and documentation, such as still and moving images, a 16mm film camera and a 16mm projector to run the film. The performance was also the first one to be shown overseas, first at the Gwangju Biennale in 2010 and one month later at the Liverpool Biennial. 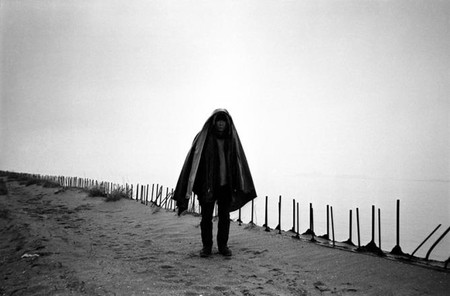 For his third piece, ‘One Year Performance 1981–1982 (Outdoor Piece)’, Hsieh spent the period from 26 September 1981 through 26 September 1982 outdoors in the streets of New York. He never entered buildings or any other kind of shelter including cars, trains, airplanes, boats or tents. He roamed the streets of the city with just a backpack and a sleeping bag. Requiring a great amount of endurance, especially during harsh weather and coincidentally during one of the coldest winters of the century in New York, this performance again took over the artist’s life. Mousse magazine reported Hsieh as commenting: ‘I felt depressing (sic) after I finished Outdoor Piece, and I felt the same after the other pieces, because of emptiness as well as having to come back to normal life and dealing with the reality.’ 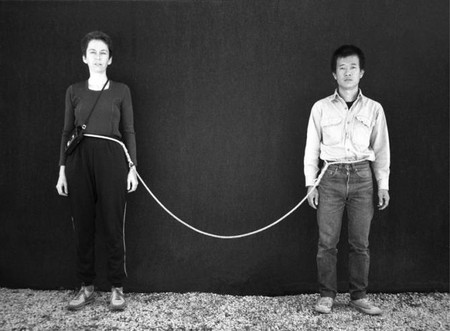 In ‘Art / Life: One Year Performance 1983-1984 (Rope Piece)’ Hsieh tied himself around the waist to fellow artist Linda Montano with a two-metre rope. The two artists lived together for a year: where one would go, the other had to follow. They had to stay in the same room, but were not allowed to touch each other for the duration of the performance period. As a Sleek article wrote, this piece could be again read as an exploration of endurance and the meaning of freedom. (PDF download). 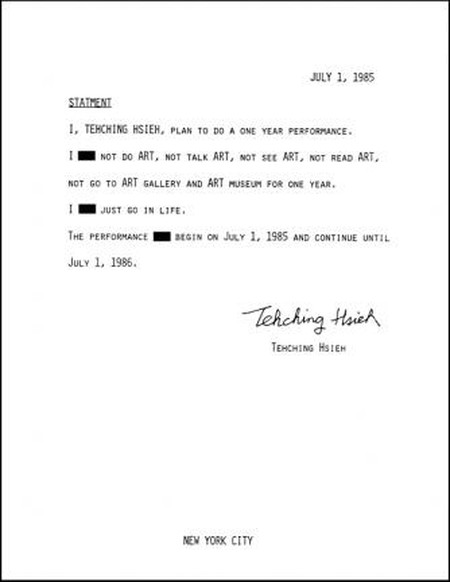 ‘One Year Performance 1985–1986 (No Art Piece)’ saw the artist imposing a contradictory restriction on himself: although this was an artwork, he was forbidden to experience art in any way. He could not go to galleries or museums, make art, talk about art or listen to art discussions, although he could be in contact with fellow artists. This work was a precursor for what would become of his life in the following 13 years.

‘Tehching Hsieh 1986–1999 (Thirteen Year Plan)’ was the longest performance piece of Hsieh’s career. He declared: ‘Will make Art during this time. Will not show it publicly.’ During this period, Hsieh pledged that whatever art he was making during this period, he would not show it. At the end, on 1 January 2000 he issued his concluding report, ‘I kept myself alive. I passed the December 31st, 1999.’ The report consisted of cutout letters pasted onto a single sheet of paper. He then completely stopped creating art. 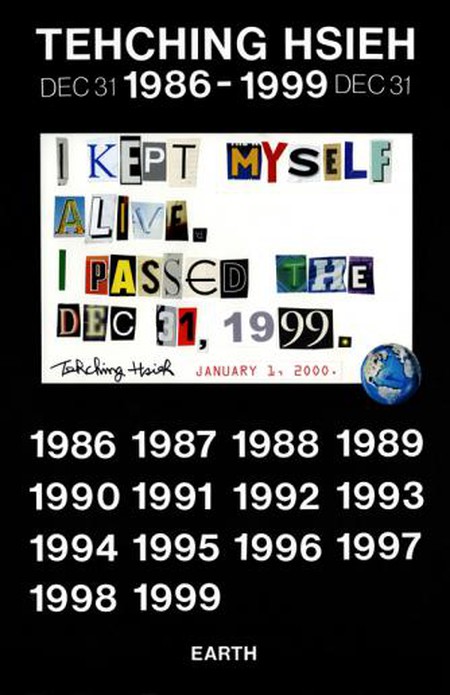 After his 13-year ‘spell’ underground, Hsieh has resurfaced in the art world since 2009, with a series of exhibitions that have recognized him as a seminal practitioner of performance art worldwide. Starting with his New York MoMA and Guggenheim shows in 2009 and most recently culminating in an exhibition at Carriageworks Australia on his ‘Time Clock’ piece, Hsieh’s return to the international art scene has marked his practice as a pivotal stage in the evolution of performance art. The Guardian recently quoted the artist as commenting on the value and meaning of his art (PDF download): ‘[I am] not a political artist, although people are at liberty to interpret my work from a political standpoint… I’m interested in the universal circumstances of human life.’

Talking about the future of his practice, Hsieh told Frieze Magazine: ‘Now I’m just doing life. I’m still thinking. Thinking is a basic activity to continue life. I don’t have other things to say.’

He goes on to explain to The Guardian that now, although he exhibits worldwide, he is not a practicing artist any longer and how he has finally obtained his long-awaited freedom: ‘I don’t do art anymore. I no longer feel creative. I don’t want to do what the art world expects me to do. This is my exit. This is my freedom.’