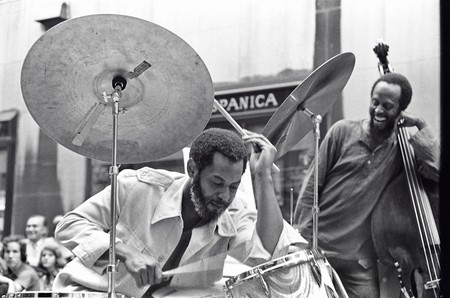 New York City could be referred to as the ‘Mecca of Swing.’ From the Paramount Theatre to the late-night big band clubs of Harlem, New York City was a part of the musical origin story for many of the world’s greatest jazz musicians and performers — there was no greater place for jazz maestros to make their bones and pack dance floors from uptown to downtown. Culture Trips profiles seven jazz icons who called New York City home.

From an early age, Buddy Rich was destined to take the jazz world by storm. As a child he was known as ‘Traps the Drum Wonder,’ and later, he simply became known as ‘B.’ Buddy Rich went on to be what jazz legend Tommy Dorsey called, ‘the world’s greatest drummer.’ A Jewish-American born in Brooklyn, Rich had the makings of a performer as a youth. Despite having no formal musical training, Rich’s power drum technique was recognized by iconic performers from Count Basie to Frank Sinatra.

Ron Jefferson, who died in 2007, left his mark on the jazz world in a big way. Born in the Big Apple in 1926, he eventually became the epitome of New York ‘bop ‘sound. Both as a bandleader and composer, Jefferson took the town by storm, performing with legendary swing artists like Roy Elridge and Max Roach. He was a founding member of the famous jazz trio Les McCann from 1960 to 1964 and was the uncle to drum-great Al Foster. Jefferson soon became famous worldwide and brought his unique style to places as far off as Paris, where he took the stage with Ruth Brown.

There are few members of the jazz galaxy who have had a greater impact on performers today than Duke Ellington. Born Edward Kennedy Ellington, he earned the name ‘Duke’ in more ways than one. Though born in Washington D.C., New York City absorbed Duke into their hearts, and in return, he gave Gotham legendary anthems like ‘Take the A Train,’ Of course, the Duke’s rise was not without its trials — as a young performer, he hustled pool during the day and hit the big stage at night. He transcended many of the race barriers of the 1920s, wowing even the upper class white clientele of the legendary Cotton Club with his own inventive style of orchestra, which he called ‘American Music.’

Composer, musician, and lyricist William ‘Billy’ Strayhorn was an eclectic talent few could match — not only was he a jazz and swing icon, he was also known as a great classical musician. His stellar works include his collaboration with Duke Ellington on ‘Take the A Train,’ as well as jazz staples like ‘Chelsea Bridge’ and ‘Lush Life’. His sonorous saxophone was not his only impactful talent — Strayhorn’s autobiography was nothing short of inspirational and included notable concepts such as his ‘Four Major Moral Freedoms’ that include freedom from hate, self-pity, fear, and pride. A permanent marker of Billy was placed in his childhood hometown in North Carolina, and thanks to his lifetime influence felt in many places along the East Coast, the Pittsburgh Liberty Theatre was eventually renamed the Kelly-Strayhorn Theater. 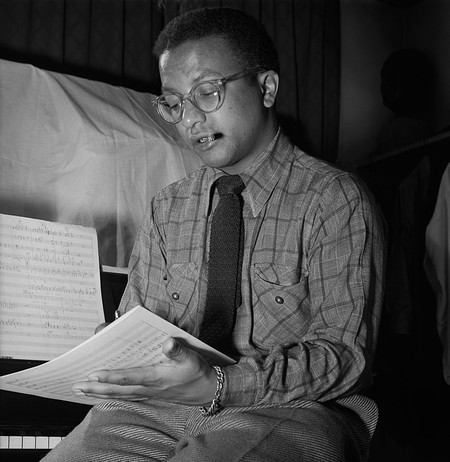 Billy Strayhorn, New York, N.Y., between 1946 and 1948 (William P. Gottlieb 08211).jpg More details Billy Strayhorn, New York, N.Y., between 1946 and 1948. This image has been cropped and adjusted, roughly per the second of the Library of Congress' copies, as this improves the composition and presumably better reflects the correct skintone (it was common to slightly overexpose images of darker-skinned people to bring out more detail). | © William P. Gottlieb/wikicommons

With a degree in Music from the Eastman School of Music in 1979, Pamela Fleming was known for her iconic style of jazz trumpet. She also formed the all-female reggae band, Steppin’ Razor. Fleming was known to bring the house down with both her musical style and her stellar acumen at the ‘spoken word’ brand of poetry. Born in New York City in 1957, Fleming was an eclectic performer and virtuoso on the synthesizer as well, and since 2006, ‘The Fearless Dreamer’ has been an intricate part of the Black Rock Coalition.

Big Band, Swing, Jazz — Roy Elridge could do it all. Though his nickname was ‘Little Jazz,’ there were very few things Roy did that could be called ‘little.’ His harmonic trumpet and tritone substitutions had a strong impact on legendary musicians like Dizzy Gillespie, and although Elridge was expelled from school at the age of 16, his never-say-die philosophy could not be held back. After facing racism in Maryland, Elridge eventually went on to be known by greats like Count Basie as ‘the best trumpet he’d ever heard,’ and he gave new meaning to the term ‘hot’ trumpet. Roy Elridge became an icon in the jazz world by making his mark recording with stars like Billie Holiday in ‘What a Little Moonlight Can Do’ and ‘Miss Brown to You.’

The famous Cotton Club in Harlem and the Paramount Theatre gave birth to many legends of the music world, but Cab Calloway has a permanent position at the pinnacle of swing. As one of the foremost bandleaders, singers, and songwriters, Calloway’s talent knew few boundaries. Known as the father of ‘scatting’ and as an extreme jazz drum master, Calloway worked with the Mills Blue Rhythm Band and performed with musical icons like Bing Crosby. Calloway also took his immense talent to the silver screen when he starred alongside Al Jolson in The Singing Kid, and in addition to his big band accomplishments, Cab held a twice a week show on NBC radio. Some his most famous musical contributions were songs like, ‘Minnie the Moocher,’ ‘The Old Man of the Mountain,’ and ‘Reefer Man.’ 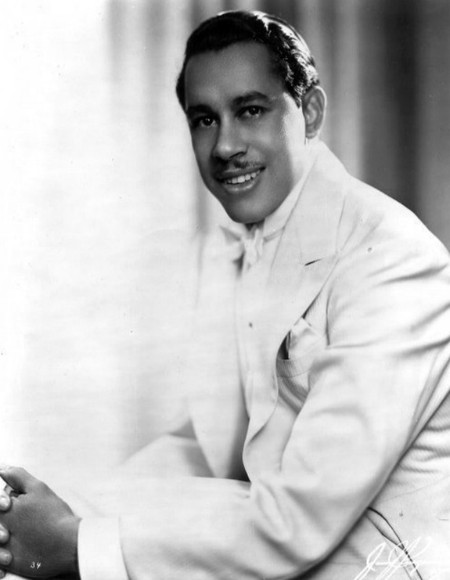