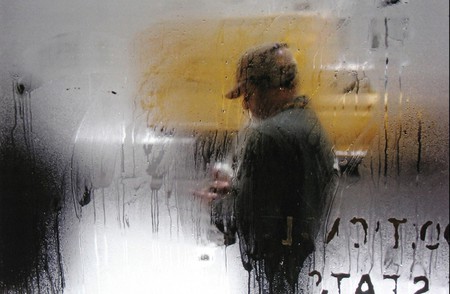 Colour photography in New York during the 1940s and 1950s was considered vulgar and artless — this was the era that Saul Leiter began to experiment with different manipulations of photography. Influenced by the Abstract Expressionist movement, he began to capture snatches and distorted snippets of everyday life, with a particular interest in reflections, blurs and fragments. Here we take a look at his revolutionary work. 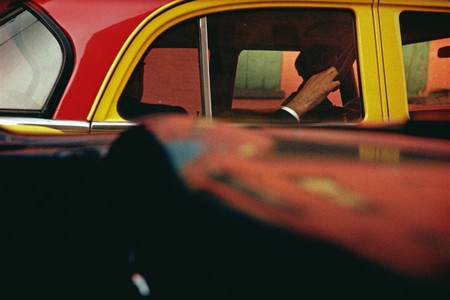 Post-war photography was predominantly black and white, still retaining the classic elegant contrasts of tone, with emphasis on elements such as clarity, focus and subject. Moving to New York aged 23, Saul Leiter found that black and white photography was much cheaper; the processing, developing and the film itself (a concept hard to swallow now in the age where black and white films are double that of colour), which was another reason why it was much more prominently used at the time. In the high arts, colour photographs were generally looked down upon with the attitude that anyone could take a colour photograph, whereas the real skill lay in black and white. However, early on Leiter began to manipulate black and white differently, focusing instead on context; depicting abstract segments and movement and consequently creating a unique type of narrative to his images, one which reflects a more fluid and real New York City. 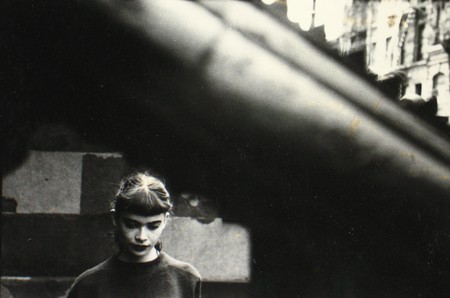 Throughout his life, Saul Leiter worked as a fashion photographer for renowned magazines such as Vogue, Nova and Elle, with his work also being shown in Harper’s Bazaar in the 1950s. His photographs — especially those with colour — are vibrant and seductive, often splashed with reds and primary colours. They are playful and appealing, elegant and stylish, but also retain his stylistic perspective of focusing on the characters, the faces and expressions of the models, their body language reflected in a more flexible and experimental manner. In a sense he brings his models, as well as the fashion, to life. Leiter brings the overlooked elements of the composition of his colour photography to the foreground: reflections, textures and objects. 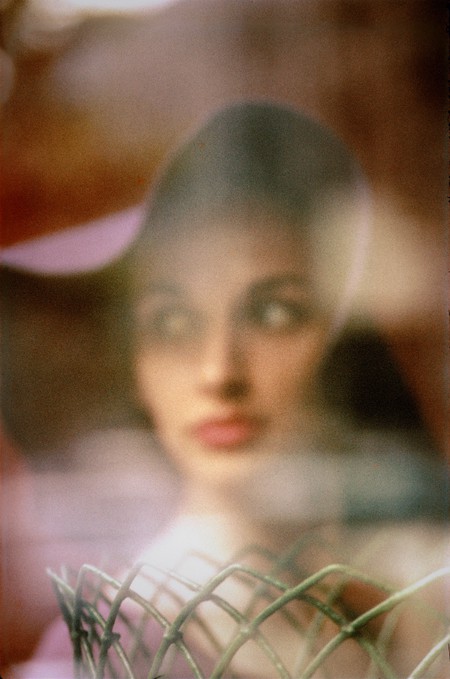 His most striking work can be seen in the book Early Colour, which as the title suggests is his earliest experimentation with colour photography. The results of which are insightful images like Through Boards shown below, Canopy (1957), or Foot on E1 (1954); which draw the attention of the viewer to a precise moment of action, but also retain a delicate aesthetic beauty through the contrast of colour, subject or emphasis. Canopy, one of Leiter’s most well-known photographs, works in a similar way to black and white photography in the sense that the photograph is predominantly colourless, drawing attention to the expanding black and greyness. However, it manages to catch the colour of that greyness distinguishable only through the subjects’ faces, the hint of pale nude which freezes the moment perfectly: the reality of winter in the city. The photographs are framed in an abstract, hidden way. They appeal to the audience’s imagination, reflection and creativity but are simultaneously simple conceptual ideas. It is this innovative layering through obstructive objects, surfaces, reflections and concepts that adds different dimensions to Leiter’s work, making his photographs both highly pleasurable and most thought-provoking. 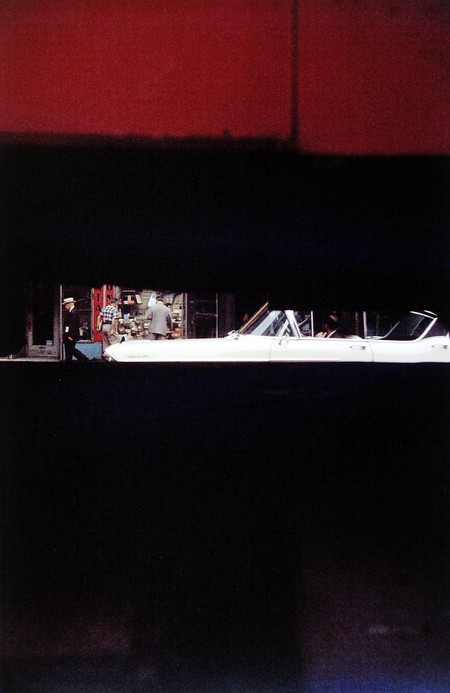 The lesser-known artworks created by Saul Leiter would be his Abstract Expressionistic paintings, usually depicting photographs of nude women, layered over with bright, almost fauvist colours. The nudes are playful, joyful and spontaneously intricate explosions of colour, once more emphasising the artist’s natural manipulation of expression through colour. It is through these paintings where it is most visible that Leiter is a colour artist, a colour photographer. The black and white nudes would certainly not be mediocre by themselves but they would be lacking in Leiter’s style. They come alive through yellows and greens, the characters of the women embody the colours which they are given, an essence of something other is retained and expressed. 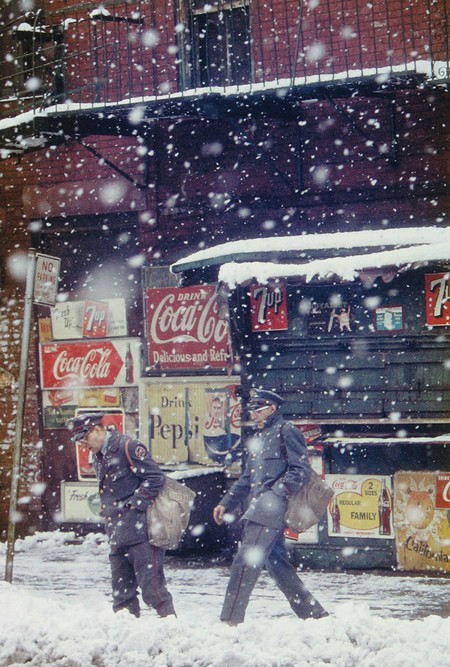 Alongside other influential photographers of the New York School of Photography, Leiter is remembered for revolutionising the use of colour photography, its perceptions and boundaries. His iconic photographs are tantalising fragments and unique reflections, but they reflect much more than a snatch of colour of a passing car on a shop vitrine, they reflect the outside world, a movement and an era, full of experimentation and diversity.