Determined to present the true New York City, Markus Hartel has established himself as a photographer dedicated to capturing real life. Unlike so many posed and edited photos, his work provides a raw look at the Big Apple. Mostly black and white, his photographs are incredibly profound and inspiring. 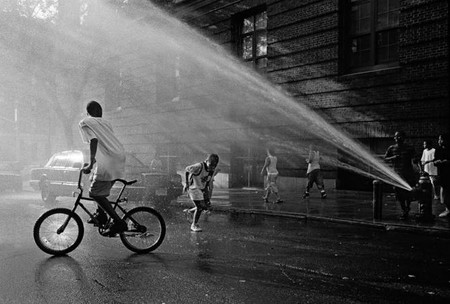 German-born street photographer Markus Hartel has been roaming the streets of New York City with his Leica in hand since his arrival in 2003. It may come as no surprise that Hartel, born in the small coal-mining town of Duisburg in western Germany, captures the edge that only the truest street photographer can: his black and white photographs tell a gritty, honest story of the city that never sleeps.

In Hartel’s prints you will see each and every wrinkle, freckle, laugh line, and crooked tooth of his subjects. You will see the steam on the crowded subway car, the sweat on the forehead of the busy commuter. His photography is the opposite of the filtered and posed photography we see on countless Instagram feeds, and in a recent interview, Hartel was eager to admit that his photographs ‘are not necessarily pretty, but they do show beautiful moments of the urban jungle.’ In a world where photos are snapped, filtered, and posted on various social media platforms within minutes, his authentic and natural shots are emotionally charged and spectacularly, purely human. 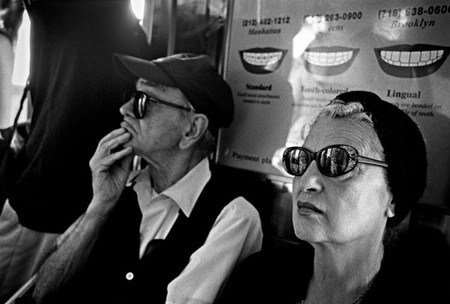 But his portfolio boasts not just his classic black and white, high contrast snapshots of the quotidian New York City experience – his color street photography is just as gritty and genuine. His use of color – the soft grey of a fur coat and brown of a cigar, the vibrant orange of an umbrella on a cloudy day, the red of a woman’s handbag as she leans against an aging brick wall – puts the viewer right on the street with Hartel.

With an impressive collection of published work, ranging from TIME to Manhattan Times, it comes as no shock that Hartel has been taking photos since the age of ten, when his grandmother handed him a camera to take snapshots of the family. His expertise with a camera is undeniable – but he is a graphic designer by trade, and his eye for photography is just as fine as his talents in the digital arts. His short time lapses – almost all black and white – depict the constant, never-fading energy of New York City. Shot looking down on Broadway, Times Square, and other parts of the city, they are pulsing with movement and buzzing with human activity. 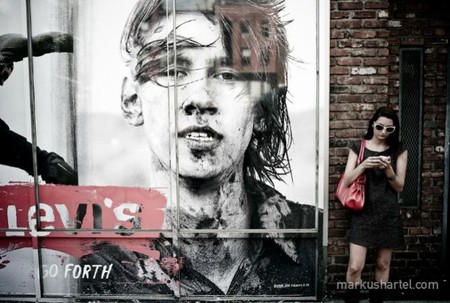 His job as a street photographer is to ‘document the truth – take candid pictures of things that you don’t notice in your daily grind.’ It’s a skill we certainly don’t all have – but Hartel offers custom street photography workshops and walking tours of New York City for burgeoning street photographers and those looking to catch the same raw human spirit and experience that Hartel is so capable of catching.

For Markus Hartel, there is ‘no secret formula’ for street photography. His real artistry is his ability to observe, to pay attention, to recognize those authentic human moments. He avoids themes and thrives on the unexpected and the things he cannot control, “these tiny slices of life,” that he captures so effortlessly.

You’ll find him on the subway or maybe strolling the concrete sidewalks, with his tattooed hands and his faithful Leica slung across his chest, and you would be lucky to see the city how he sees it.