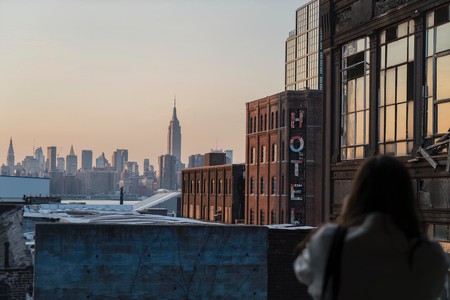 If there is one thing New Yorkers are pros at, it is the art of making use of small spaces. Whether it’s a six-floor walk up in Brooklyn or a studio apartment in Manhattan, city dwellers can turn a closet-sized home into a chic and cozy enclave. Now, hotels are transforming small rooms into coveted stays with the micro hotel concept.

Micro hotels are hardly a new trend, according to Curbed, but in the past year NYC has seen a surge of micro hoteliers—like Pod Hotels, Arlo Hotels and Moxy Hotels—popping up around the city. The latest micro hotel to open will be the much anticipated Sister City hotel in Manhattan’s Lower East Side (which many had anticipated would be an Ace Hotel).

“It’s a new hotel concept for the brand that’s inspired by ‘the functional perfection of Finnish saunas, Japanese bento boxes, rock-cut cliff dwellings of prehistory and John Cage’s ‘4’33,'” a press release for the hotel reads. Expected to open in fall 2018, the new Sister City Hotel is just one of many micro hotels catering to urban travelers. 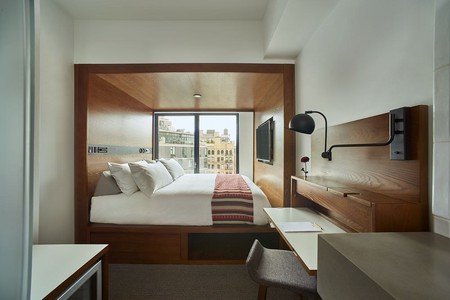 Micro hotels combine functionality, technology, and convenience with a small and affordable room that is perfect for short-term travelers passing through a city. Equipped with all the expected amenities that come with a standard sized hotel room, micro hotels get creative with utilizing a smaller space. The benefit? Travelers are able to snag affordable stays in the heart of NYC, while hotels can fit more people in their building.

“[A micro hotel] isn’t a resort or retreat where the point is to stay in your room,” Matthew Goodrich, chief creative officer at AvroKO told Curbed. “It’s a place to be comfortable, but launch you back out into the city.” 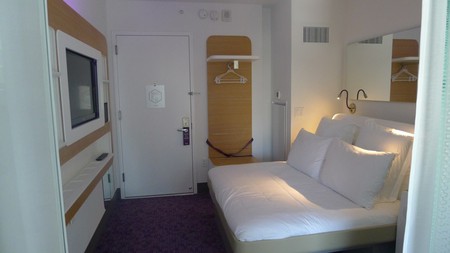 The inspiration for micro hotels comes from the Japanese capsule hotels, where extremely small rooms are offered to travelers looking for a one night stay and affordable accommodation. When it came to hoteliers introducing micro hotels to NYC, they drew inspiration from Japan, budget hotels, five-star design hotels and business class pods on British Airways.

“We tried to marry all four to get a luxury product at an affordable price, and the thing that gave was really the space,” Gerard Greene, the chief executive of Yotel told The New York Times. “If we could take up less space, we’d pay less for the land, which means we could spend a little more on the fit-out of the room.”