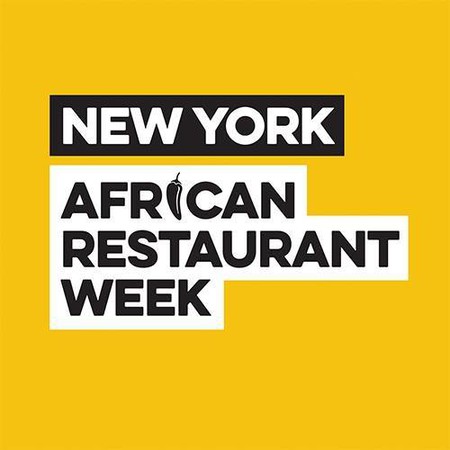 Africa is made up of 54 countries each with their own unique cuisines. Culture Trip takes a look at how New York African Restaurant Week is bringing a taste of the continent to The Big Apple.

As a student at the State University of New York, Albany, Ibraheem Shodunke was known for cooking up a storm on Sunday afternoons in his-off campus apartment. His jollof rice was a particular hit. He says, “I would have 15 of my friends from the African Student Association in my small kitchen and we’d talk about everything from what was going on in our respective countries to regular everyday stuff.”

After graduating from university, Shodunke got a full-time job and worked as an uber driver on the side. He would still cook for family and friends, but decided to go into business with a friend, Bawo Lawal, who is also originally from Nigeria. They co-founded a catering company called 3 Guys With A Grill and 2018 is the first time they will participate in New York African Restaurant Week.

New York African Restaurant Week was founded by Akin Akinsanya in 2013. In a 2017 interview with Culture Trip, he stated that the mission of NYARW is to “feature not just the food, but also the cultures, chefs and communities behind the food”. Akinsanya wants “people of African descent to celebrate their heritage and connect with their traditions”.

Like other restaurant weeks, NYARW collaborates with different restaurants to offer three course meals at a reduced rate. In addition, there are cooking classes and talks by chefs at other locations. More than 20 African restaurants are involved in NYARW each year, with 2018 collaborations set to include Tagine Moroccan, Queen of Sheba Ethiopian, Buka Nigerian, and Ponty Bistro.

NYARW is held annually over two weeks in October, with the first week focused on meal tastings at the various restaurants. The second week of NYARW culminates with the New York African Restaurant Week Festival at the MIST Harlem, which is a multi-purpose event space and live music venue. The event features music, talks and food made by emerging and celebrity chefs.

Shodunke believes that NYARW will be a chance to “introduce Nigerian cuisine to new cultures and an opportunity to showcase the diversity of Nigerian food to the community”. Lawal agrees saying, “I think that every African chef, caterer and cook has a responsibility to spread the culture. I personally enjoy bringing the flavour to different meals to build that bridge that brings new fans to African meals.”

Ihematunam Agwu is a former law student-turned-chef, known on instagram as ‘the suya guy’ (suya is a spicy meat, usually beef, served on a skewer, kebab-style). He is a third-time participant in NYARW. He says, “Each year it gets bigger and bigger. Last year we fed 400 people.” In Nigeria, suya is not considered the fanciest food as it is sold on the streets, but Agwu is trying to change the perception of it. “Street food is a huge part of Nigerian cuisine and I don’t think you can really say you’ve had a Nigerian food experience without tasting suya. And my suya is great!”

According to the Pew Research Center, African immigrants account for approximately 4.8 percent of the population of the United States, with New York accounting for at least 100,000. Many are concentrated in areas like Harlem, which even has an area called Little Senegal. It is appropriate, then, that the NYARW festival is held in the borough. As Kemi, a New York-based Nigerian travel and lifestyle blogger who has been attending NYARW since 2015, says, “For African communities based in New York, some have been here for many years and haven’t had a chance to return to their home countries for many reasons. So food plays a huge role in reliving nostalgia and events like NYARW serve that need.”

On a personal level, Kemi credits the event to exposing her to other dishes from the continent. She says, “I generally cook dishes from my country because that’s my heritage and what I know. At NYARW I get to sample other meals and I find that there are a lot of common spices among some countries or regions. This reinforces how we as Africans are more similar than dissimilar. We really are one people.”

3 Guys With A Grill and The Suya Guy are both vendors at the 2018 NYARW Festival. NYARW runs until October 21. Other events include ‘A Taste of South Africa’, ‘A Taste of Nigeria’, ‘A Taste of Ethiopia’ and many more.