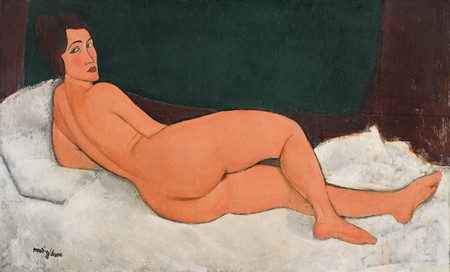 Amedeo Modigliani’s Nu couché (sur le côté gauche) (1917) is one of the Italian artist’s most exemplary nudes and his largest-ever painting. Poised to sell for a minimum of $150 million, this magnificent masterpiece has officially claimed the most ambitious estimate placed on a work of art to date, and it’s currently on view to the New York City public ahead of what promises to be a landmark auction.

Modigliani’s (1884–1920) seductive female nude is timeless far beyond the era of 20th-century Modernism in which she was controversially forged. As the highlight of Sotheby’s forthcoming Impressionist & Modern Art Evening Sale, she will share the auction block with works by Pablo Picasso, Edvard Munch, and Tamara de Lempicka, among others. It’s been 15 years since Nu couché was last exhibited in New York City, where the painting is currently on view in Sotheby’s York Avenue galleries.

Nu couché (sur le côté gauche)—translating toReclining Nude (on the left side)—is part of Modigliani’s 22-part series of unclad female subjects painted between 1916 and 1919. While she is undeniably characteristic of the artist’s recognizably elongated aesthetic, she is distinguished within the scope of Modigliani’s elegant oeuvre by her unusually large scale. At nearly 58 inches across, Nu couché is also the artist’s only landscape-oriented nude painting to include the subject’s entire body.

Yet her reveal in 1917 caused an uproar so intense it allegedly stopped traffic and led to the police forcefully shutting down the exhibition, which showcased a selection of the artist’s paintings and works on paper. Revered as a spectacular and magnetic work of modern art in time, Nu couché was purchased for $26.9 million in 2003, and will be presented for more than five and a half times its previous value come May 14.

“Modigliani began painting nudes in 1908, but it was only after he abandoned sculpture in 1914 that he developed the unique idiom evident in Nu couché (sur le côté gauche),” Sotheby’s notes. “His aesthetic was gleaned from the artistic precedents of Italian Renaissance and Mannerist painting, the linear simplicity of African carvings, and the earth-toned palette and geometric modeling of Cubism—all of which can be seen in the present work.”

According to the auction house, most of Modigliani’s 22 reclining nudes are housed in museums, including the Guggenheim, the Museum of Modern Art, and The Met in New York. But Nu couché, Sotheby’s stated in a press release, “is the greatest work from the iconic series in which Modigliani reinvented the nude for the Modern era.” 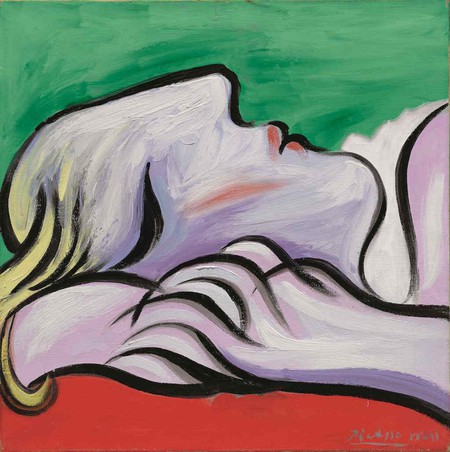 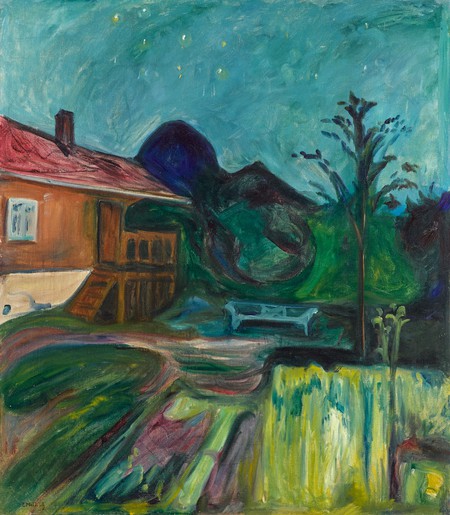 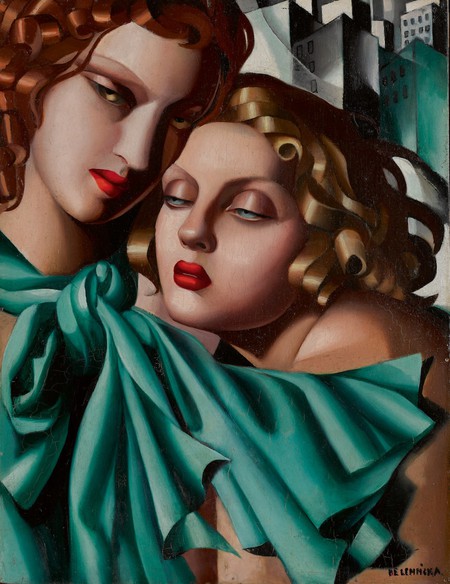