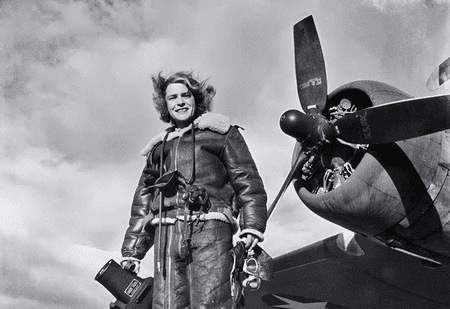 Margaret Bourke-White was a woman of many firsts. Described as ‘aggressive’ and ‘relentless’ in her pursuit of photographs, she is credited with the most famous photo of the Chrysler Building, and remembered as an advocate of political and social movements around the world. We take a closer look at the life and work of this groundbreaking Bronx-born photographer.

Margaret Bourke-White garnered significant attention for her unique photographs of industrialism. For a female photographer these were not easy images capture. Allowing a woman into a steel mill in the late 1920s was unheard of; that is, until Bourke-White came along. She got so close to the metal that her face would get burned, and her camera finish would begin to blister. The first rounds of images were unsuccessful, but fortunately her contract with Otis Steel Company allowed for multiple trips. At that time, black and white film was only sensitive to blue light rather than the reds and oranges generated from the heat of the steel. Therefore, her negatives came out black. It was not until she experimented with magnesium flares originally intended for the movie industry that her photographs developed successfully. These magnesium flares created the dramatic lighting that would become her signature aesthetic. 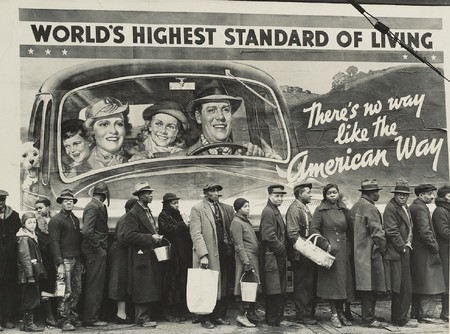 These photographs of steel mill interiors caught the attention of American magazine magnate, Henry Luce. After Luce brought Bourke-White on board with Time Inc. in 1929, she was credited with being the first official photographer for Fortune Magazine, and the first female photographer for Life Magazine. Her iconic photograph of the Fort Peck Dam was used on the cover of the first issue of Life Magazine, and accompanied a photo essay featuring the workers building the dam in New Deal, Montana. She is credited as helping to develop the concept of photographic essays that have since become standard in publishing. She was also responsible for setting up Life Magazine’s first photography lab where she insisted on printing the entire negative without cropping, an aesthetic that became synonymous with the magazine. 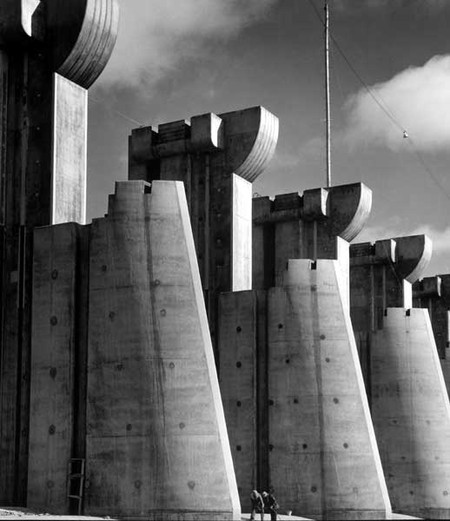 It’s often said that Margaret Bourke-White was always in the right place at the right time, frankly because she placed herself in unimaginable positions to document previously un-photographed subjects. She was the first female American war photojournalist allowed in World War II combat zones, the first official photographer for the Air Force, and the first foreign photographer permitted to take pictures in the Soviet Union, where she was given unprecedented access to political events. 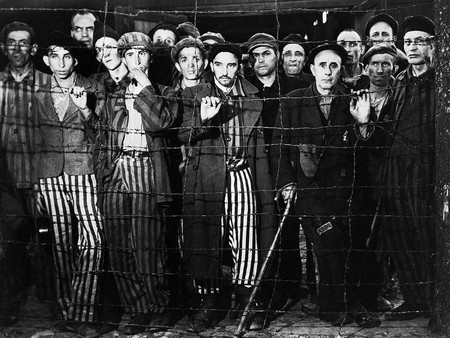 Bourke-White is subsequently credited with capturing the rare occurrence of Joseph Stalin smiling, and documenting war-torn places and events in real time. The photographs that she took of concentration camps during the Holocaust were so powerful that they were published in Life Magazine, showcasing, on a national scale, the horrific conditions of war abroad. 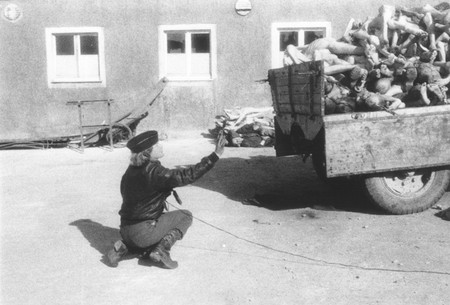 Following her coverage of World War II in Europe, Bourke-White went on to cover the creation of the new states of India and Pakistan between 1946 and 1948. She continued to capture the world’s most iconic places and figures, including Mohandas Gandhi just a few hours before his assassination. She immersed herself so deeply in war and combat zones that her own life was often endangered. In just one example, during a trip to North Africa in WWII the boat she was on was torpedoed and sunk on the way. 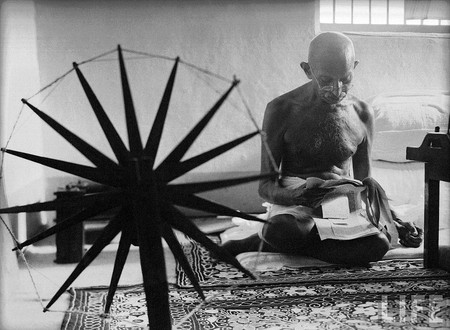 While documenting the Korean War, Margaret Bourke-White noticed early symptoms of Parkinson’s Disease, which significantly slowed her down. She turned to writing, and published her autobiography titled Portrait of Myself in 1963, which quickly became a bestseller. Margaret Bourke-White’s photographs can be found in numerous collections, from the Library of Congress to the Brooklyn Museum, and the Museum of Modern Art. Her long lists of books include Eyes on Russia, You Have Seen Their Faces, North of the Danube, Say! Is This The USA, Shooting the Russian War, Halfway to Freedom: A Study of the New India, and more.