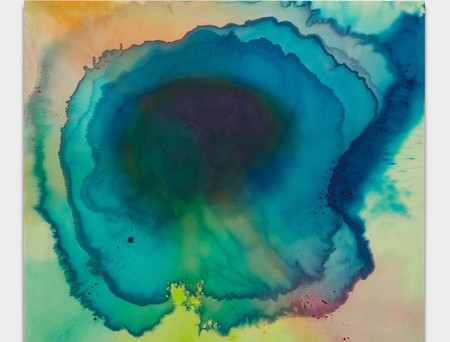 Exalted stains bleed out across Vivian Springford’s technicolor canvases at Almine Rech Gallery in New York City, where 13 of the mid-century artist’s contemplative compositions are resurrected after decades of undue obscurity.

On Manhattan’s Upper East Side, a series of large, brightly lit acrylic paintings hangs in Almine Rech Gallery. Each composition conjures the cosmos with meditative abstractions that are pleasing in their simplicity yet profound. Organized in honor of the gallery’s acquisition of Springford’s little-known estate, Vivian Springford is the artist’s first solo show in two decades. 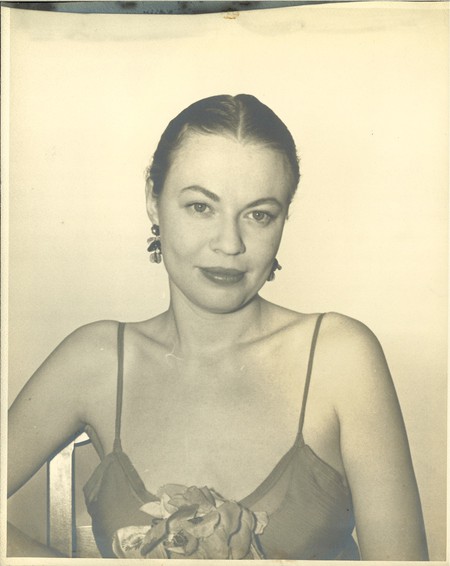 Between the 1950s and ’70s, American painter Vivian Springford (1913-2003) prolifically contributed to the Abstract Expressionist and Color Field art movements in New York City. Her oeuvre was deeply influenced by the fluorescent paintings of Shanghai-born, New York-based painter Walasse Ting, whom Springford met in 1957; her practice was subsequently guided by the Chinese calligraphic philosophy that every mark is virtuosic – even in its imperfection.

In the Women in the Arts Foundation’s March 1976 newsletter, Springford described her practice as an “attempt to identify with the universal whole … I want to find my own small plot or pattern of energy that will express the inner me in terms of rhythmic movement and color. The expansive center of the universe, of the stars, and of nature is my constant challenge in abstract terms.” 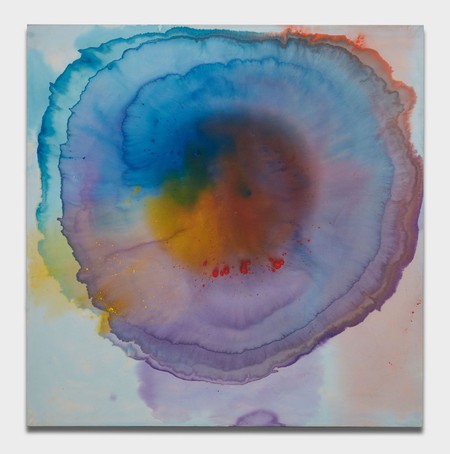 Springford’s radiant paintings – luminous, organic drips and drops that expand out onto the canvas like ethereal galaxies – were, for a time, acknowledged (though never to the extent of her male contemporaries) with exhibitions at Great Jones Gallery and the Visual Arts Coalition, among a few others. But following the onset of macular degeneration in the 1980s, which rendered an increasingly reclusive Springford legally blind and unable to continue painting, her work was all but forgotten.

Some 10 years later, Springford called upon the services of a local assisted-living organization. She cultivated a friendly relationship with one of the volunteer social workers, who upon discovering Springford’s paintings brought the artist’s work to the attention of art dealer Gary Snyder. By 1998, Snyder organized Springford’s first comprehensive retrospective and her first survey in decades, titled Vivian Springford: Abstract Paintings 1956-1988. Nearly 20 years later, well after Springford’s death in 2003, her practice would be acknowledged in the landmark catalog Women of Abstract Expressionism, published in conjunction with an eponymous survey at the Denver Art Museum. 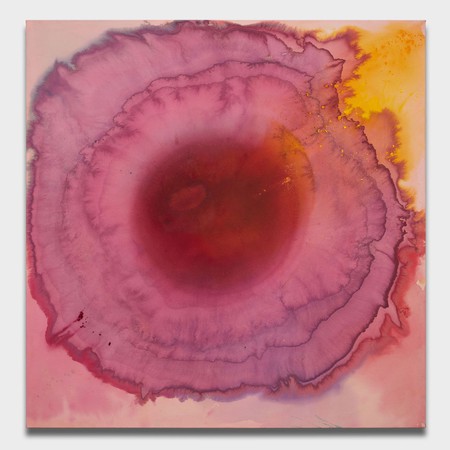 Still, Springford’s work is absent from the ranks of New York City’s most celebrated abstract artists – Jackson Pollock, Willem de Kooning, Mark Rothko, even Agnes Martin, whose pensive approach to her art form was not so different from Springford’s. On view until October 20, 2018, Vivian Springford at Almine Rech Gallery endeavors to draw contemporary attention back to this overlooked mid-century artist, with the aim of posthumously integrating Springford into the circle of New York City modernists whose names eclipsed hers.

“Vivian Springford was making ambitious paintings that have stood the test of time,” says Paul de Froment, the gallery’s director. “We are thrilled to be able to give a chance to the public to take a second look at this great body of work. And we will continue to work alongside the estate to dive deeper into her legacy and show more of Vivian’s work.”