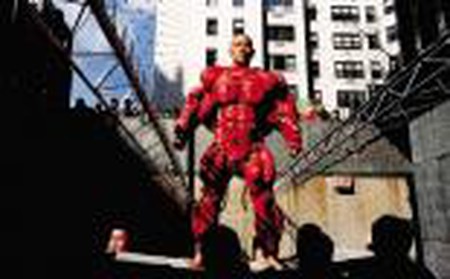 Artists Zhang Huan and Carolee Schneemann have gained independent notoriety for their use of raw meat and other animal products as a communicative tool. In recent years, meat art has crept into popular culture, made famous by Lady Gaga and her infamous meat dress. 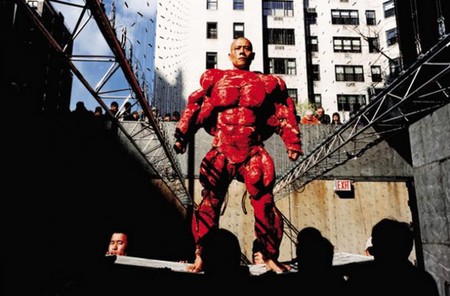 Zhang Huan is a leading performance artist who pioneered the art form during the 1990s. Like Schneemann, he relies on his body as his primary tool and, through inflicting pain, tests his physical and mental limitations. His performances have seen him suspended from the ceiling whilst slowly dripping blood, as well as lying on blocks of ice until his core temperature turned dangerously low. Zhang Huan comments on his bodily experimentations stating, “the body is the only direct way through which I come to know society and society comes to know me. The body is the proof of identity. The body is language.” 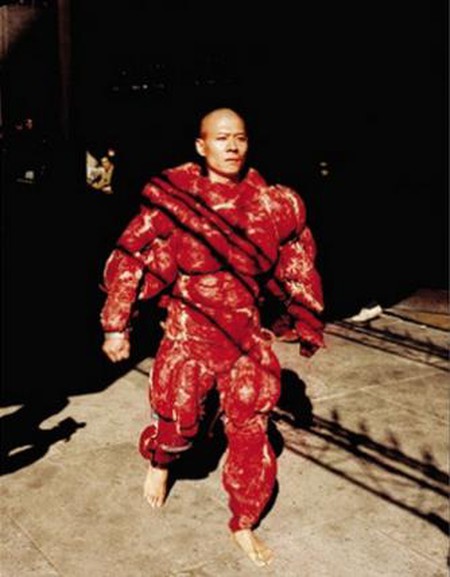 After moving to New York, Zhang Huan tried to understand himself within his new context by executing performances based on him as an immigrant; My New York being one. The piece saw Zhang Huan dressed in a meat suit walking around the busy metropolis. The layers of meat brought bulging contours and a thick solidity, giving Zhang Huan an incredible-hulk like presence and, whilst wearing the suit, he released a single white dove.

The piece approaches three concepts; an interpretation of New York in terms of Zhang Huan’s identity, the Buddhist tradition of setting doves free, and man’s inherent animalism. The piece also references the steroid infested body-building culture rife in America. Through this Zhang Huan comments on the severe difference between what you are and what you appear to be; “like body builders who take drugs and push themselves beyond the limits of their training on a long term basis, until their heart cannot possibly bear such enormous stress.”

American artist Carolee Schneemann’s multi-disciplinary practice has seen her writing performances, films and videos that both interrogate and celebrate the relationship between the mind and body. Her work has witnessed a transition from painting into photography and performance, with an emphasis on research. 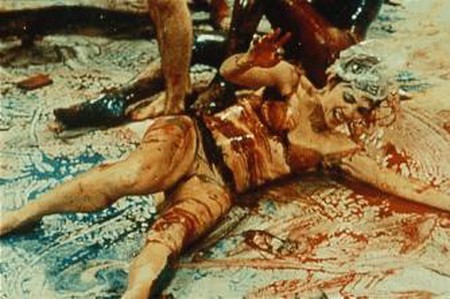 During initial research stages, Schneemann would collect and accumulate, draw and dream, document and connect, before restarting the process again. She is well known for her performance pieces during the 1960s, when the artist utilized film to capture and preserve the energy, ecstasies and immediacy of her performances.

Throughout the 1960s, Schneemann’s use of the body as protagonist, with its shapes, movements and meanings, brings an unpredictability and intensity to her performances. The spatial and conceptual relationship between the audience and performer is a powerful one, and Schneemann comments saying, “during a theater piece the audience may become more active physically than when viewing a painting or assemblage; their physical reactions will tend to manifest actual scale — relating to motions, mobilities the body does make in a specific environment.” 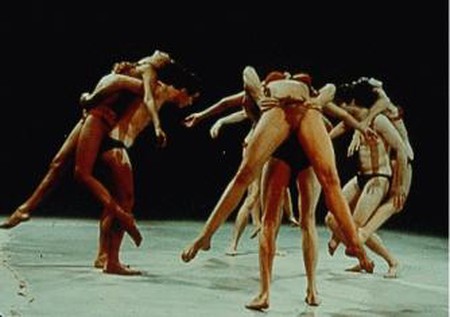 Schneemann recalls how her journey through art school informed her practice; as a female student, her male teachers and peers would repeatedly undermine her. This treatment sparked her interest in the female form as a platform from which she could investigate the female as creator alongside feminine sexuality. Critics, viewers and artists engage with her body of work differently, some interpreting it as feminist, others opposing the label.

Intended to confront traditions and stereotyped boundaries, whilst simultaneously exploring the sexual nature of the female form, one of her most influential pieces is Meat Joy. Performed and filmed in 1964, audiences are still shocked by it today. The film shows eight men and women rolling on the floor in chaotic embraces whilst biting at raw chicken, wildly writhing over sausages, raw fish and paper scraps on a sheet of transparent plastic. Schneemann describes Meat Joy as having “the character of an erotic rite: excessively indulgent, a celebration of flesh as material…shifting and turning between tenderness, wilderness, precision, abandon; qualities which could at any moment be sensual, comic, joyous, repellent.”

The explosion of movement and varying emotions explore the empowerment of the female form as she shakes off repressive and enforced traditional views on female sexuality. Feminist or not, Meat Joy has a strong and powerful female presence, which in turn has seen Schneemann play a pivotal part in forming feminism within the art sphere. 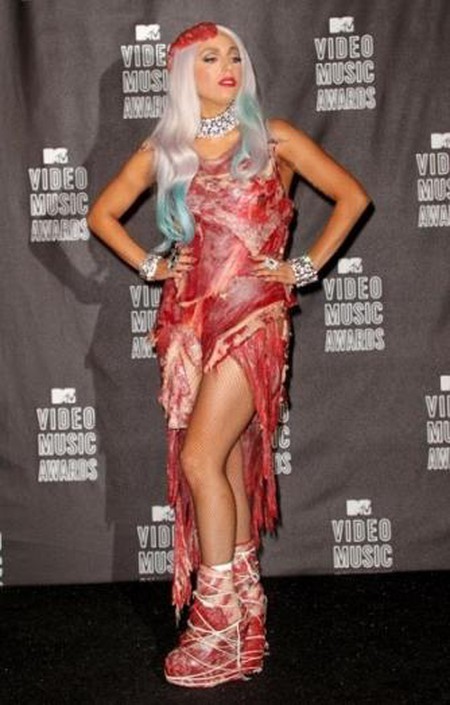 The suggestive use of meat continues in contemporary culture; in 2010 Lady Gaga received worldwide attention at the MTV Video Music Awards when she walked down the red carpet wearing a dress made entirely from raw beef. Like Schneemann’s Meat Joy, it too provoked immediate shock at its surrealism, and instigated endless questions about her motives. The dress was designed by Argentinian designer Franc Fernandez, who apparently sought the advice of a butcher and, on the night of the MTV Awards, had to sew her into his meat creation.

Gaga’s use of meat as material attracted criticism, with people labelling the singer as an attention seeker. And yet, the meat stunt can be interpreted in relation to Schneemann and Zhang Huan’s performance pieces. Perhaps Gaga is making a fairly literal statement about the objectification of women from both men and the media; perhaps she is celebrating her right to artistic freedom. Or perhaps, she is insinuating, similarly to Zhang Huan, how the glossy facade of the music and fashion industries are miles apart from their realities. Regardless of meaning, Lady Gaga’s meat dress remains a vehicle for expression through meat as material.