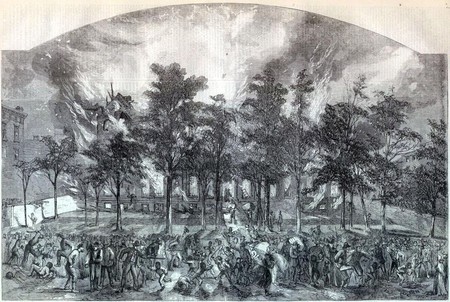 Although the practice of slavery was abolished in most large northern cities long before the Civil War, a large portion of its citizenries remained uniquely divided on the issue of emancipation. For five days in July of 1863, anti-emancipation boiled over and reached a ravenous and violent climax. Claiming the lives of over 100 people and leaving a city shaken and torn, the New York City draft riots became the most devastating example of civil upheaval, bested only by the Civil War itself. We take a closer look at this historical event.

For many, particularly for white, pro-slavery Democrats in cities like New York, the Emancipation Proclamation delivered in September of 1862 was not well-received. Those, and others sympathetic to the Confederacy such as the Copperheads, warned that freed black slaves would eventually travel to the north, thereby disrupting civil order and labor competition. Ideas such as these were egged on by several northern newspaper outlets intent on inflaming the situation further. In addition, the Emancipation Proclamation ensured a likely long and costly war with the South. Historian Leslie M. Harris, author of In the Shadow of Slavery, wrote, ‘The Emancipation Proclamation brought formal recognition that the war was being fought, at least in part, on behalf of black freedom and equality’. 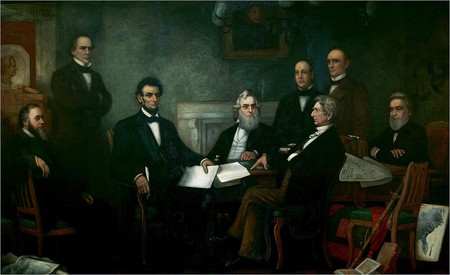 For the anti-emancipation movement, insult was added to injury to when Republicans, who had earlier gained a majority in Congress, were able to send a stricter draft bill to the desk of President Abraham Lincoln, who signed it into law in March of 1862. Once again the press wrote a number of scathing articles opposing Lincoln’s decision to further enhance the draft. The stricter law called for males between the ages of 20 to 35, and unmarried males between the ages of 35 to 40, whom were deemed eligible for military service.

Abraham Lincoln’s decision was driven not only by the war with the South but by a number of warnings from his generals that the French were intervening in Mexico, whose government was becoming increasingly unstable. Lincoln was convinced that Napoleon would try to seize the opportunity to re-establish influence in North America by exploiting a divided nation by lending support to the South. The prospect of fighting a foreign entity, as well as the South, seemed reason enough to increase Union Army ranks.

The names of all eligible males were entered into a lottery that was set to commence on July 11th, 1863. The first day or two went largely without incident, however on July 13th public sentiment against emancipation, and the idea of fighting in a war for something they vehemently opposed erupted into violence. Men, women and even children took to the streets armed with bricks, bats, and clubs. Author of This Republic of Suffering, Drew Gilpin Faust wrote, ‘Northern resentment at the human and financial cost of the war disturbed the public peace, most dramatically in the New York City riots that followed the introduction of the draft lottery in July 1863’. 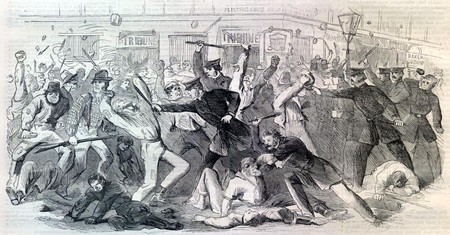 At first, the mobs only attacked government buildings, attempting to burn them to the ground. Yet soon, the various mobs turned their attention to African-American residents. Men like William Jones were hung and burned. Others like Abraham Franklin, a black coachman, were dragged through the streets and hung from a lamppost, while an angry mob chanted in support of Confederacy President Jefferson Davis.

In all, 11 African-American males were lynched. Over 100 people were killed, including any white people who were deemed to either cater to, or show sympathy towards African-Americans. Eventually, the mobs set their sights on the Colored Orphan Asylum (then located at 5th Avenue and 42nd Street), burning it to the ground and forcing 233 African-American orphans to seek shelter elsewhere. 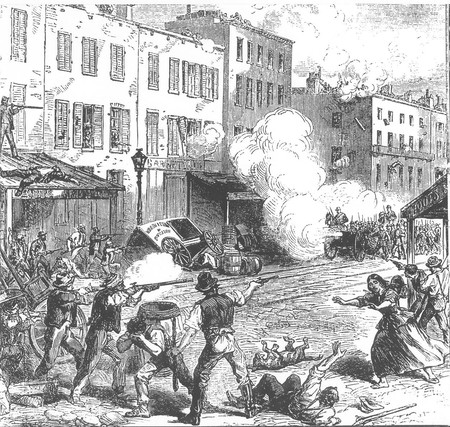 The rioting continued for five days until Lincoln was forced to surround New York City with troops to quell the disturbances. However, President Abraham Lincoln would not be deterred. In August of 1863, the lottery restarted despite the outcry of New York Governor Horatio Seymour, who begged Lincoln to postpone the draft. Historian James M. McPherson, author of Tried by War, wrote, ‘Lincoln refused to give in to what he considered another form of rebellion’. To dissuade any further hostilities, 20,000 Union soldiers were dispatched to New York City to see it through.