An Exploration Of Nan Goldin’s Photography 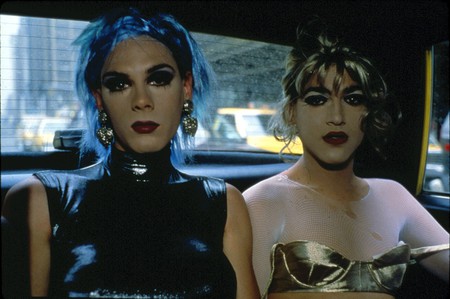 Western culture has long been occupied with simulating experiences through art and technology. Nan Goldin’s photography supplants, subverts, and perpetuates hyperrealistic notions of art. Intimately linked to the gritty humanity of New York City – Goldin’s photographic practice is starkly honest and imbued with emotion. We discover more about the photographer who draws on personal experience for her deeply stripped-back work.

Nan Goldin’s photography is usually enveloped by themes surrounding the LGBT community, sexuality, intimacy, and friendship. Many of her shots depict notions of voyeurism through snapshot-style eye contact with her subjects. As a result, her work evokes a visceral response in the viewer. Goldin admits that that she “sometimes [doesn’t] know how [she] feel[s] about someone until [she] takes[s] his or her picture.” How this effects her emotions toward her art, subject, and her own self can easily be defined as an example of postmodern art. 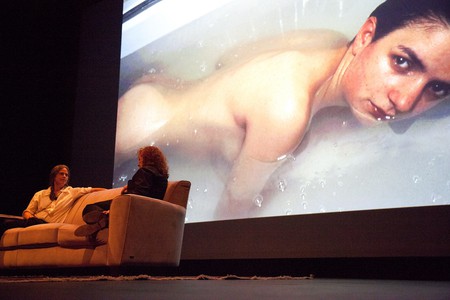 Sally Mann (left) and Nan Goldin (right) discuss her art, such as the picture above | © John Ramspott/flickr

Goldin’s A Ballad of Sexual Dependency is a landmark of cultural evolution. A Ballad of Sexual Dependency was a slide show exhibition in 1985, and subsequently became a book of photographs in 1986, profiling Goldin’s work from 1979. The cybernetic relationship between creativity and technology created a dialogue between her art and the narrative of contemporary culture, as the book was published during a time of political upheavals in New York City’s gay community. 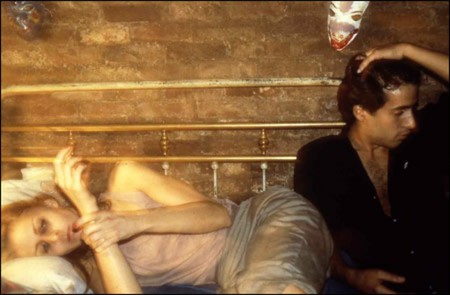 The 1980s’ Lower East Side was a breeding ground for art, drugs, experimentation, and an immutable struggle for civil rights. It is Goldin’s photography that captured the friendship, intimacy, and connections that ultimately resonated on a political level. A camera giving voice to an incessantly voiceless community worked a sort of cybernetic revolution in a way, subverting the narrative of a class-controlled interpretation of history and how it’s communicated. When a gaze into the camera from a subject appears in Goldin’s work, the end could be construed as political, but the means are immediately intimate. 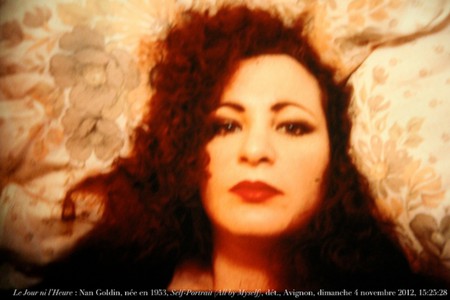 The candid nature of Goldin’s photography describes the pacing of her generation, a relationship defined by immediacy. I’ll Be Your Mirror was a book published to accompany a mid-career exhibition at the Whitney Museum of American Art in 1996. The show streamlined the hyper-human emotions found in Goldin’s work. The faces are a bit more reserved compared to those in A Ballad of Sexual Dependency, as if her subjects developed a greater sense of interiority.

Nan Goldin’s seminal work in photography has influenced many after her, but she has also left an indelible mark on New York City in some of its most endearing and personal states at a time when muted voices needed an outlet of expression. Her interpretation of art, technology, the human experience, and political and social shibboleth in need of representation created a more multi-dimensional picture of the city.