A Tour Of NYC's Biggest Sports Teams And Venues 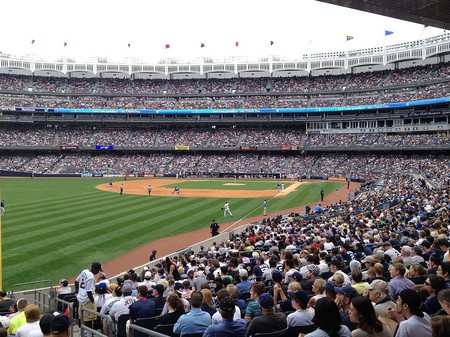 Sports have been essential to New York City’s culture for a long time. NYC happens to house the headquarters for all the major sports leagues, from the National Football League to the National Hockey League, from Major League Soccer to Major League Baseball to the National Basketball Association. It’s one of the few cities to have two MLB baseball teams, the Super Bowl has been hosted here, 14 World Series have happened here, and the fans in the city are fierce. No matter which team you’re rooting for, here’s a guide to NYC’s most popular sports teams.

YANKEES: The New York Yankees have been a major-league team in NYC since 1903. Members of the team have included sports legends like Babe Ruth and Joe DiMaggio, and they’ve won 27 World Series titles. They currently play in Yankee Stadium in the Bronx, which has historically been home to a number of New York sports teams.

METS: The Mets are New York’s second Major League Baseball team. They were created in 1962 to replace the Brooklyn Dodgers and the New York Giants, and today their colors are blue and orange – a combination of the Dodgers’ and Giants’ colors. They currently play at Citi Field, and have been there since 2009. 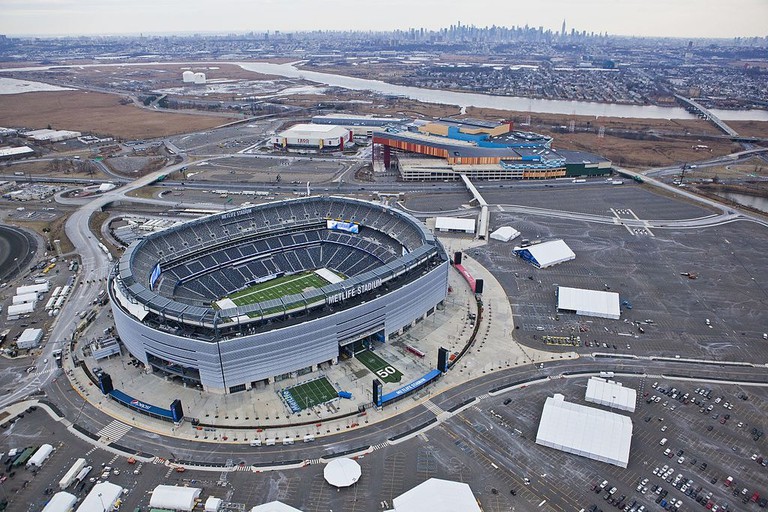 © WikiCommons
METLIFE STADIUM: MetLife Stadium hosts both of NYC’s NFL teams: the New York Giants and the New York Jets. The Giants were one of the original five teams to join the NFL in 1925, and they’re the only one of that five that still exists. They’ve won four Super Bowls and have had 28 players inducted into the Hall of Fame. The Jets, on the other hand, have only won one Super Bowl, but are still a beloved team.

NEW YORK RED BULLS: The New York Red Bulls are NYC’s Major League Soccer team, and they’ve represented the region since the league was founded in 1996. They play in Red Bull Arena, the soccer-dedicated stadium built in 2010. Though soccer is a newer addition to the NYC sports scene, it’s gaining popularity fast.

NEW YORK CITY FC: In 2013, Major League Soccer announced that the New York City Football Club would join the league as its 20th team. Jointly owned by the New York Yankees and the English club Manchester FC, the New York City FC first started playing at Yankee Stadium in 2015. A new stadium and permanent home for the team is in the works, but its location and construction date are yet to be revealed.

RANGERS: Hockey is one of NYC’s most popular sports, and its most-followed team, the New York Rangers, plays in the conveniently located Madison Square Garden – often considered the world’s most famous arena – making games more accessible than most other sport events. They’re one of the oldest teams in the NHL, one of the league’s ‘original six’. They’ve won four Stanley Cups, including in 1993 and 1994, and their games are always a riot.

ISLANDERS: Although most of their fans are based on Long Island, the New York Islanders – major rivals of the Rangers – play at Barclays Center in Brooklyn. The two teams have faced each other in the playoffs eight times, and the Islanders have beat out the Rangers five of those eight meetings. They’ve also won four consecutive Stanley Cup championships, but haven’t won one since 1983.

KNICKS: The New York Knicks play at Madison Square Garden, and they’ve won two NBA titles. The title they won in 1970 goes down in history as number three in the NBA’s list of the top 60 greatest playoff moments, when it was uncertain whether or not Willis Reed could play. He had been injured in a previous game, but on the night of game seven in the series he amazed the crowd with a performance that led his team to victory.

NETS: The Brooklyn Nets have been playing games at Barclays Center since 2012, and they were the first professional sports team to play in Brooklyn in over half a century. From 1977 to 2012 the team played in New Jersey and was called the New Jersey Nets, although before that they were based in Long Island as the New York Nets, so they’ve officially returned to their roots as a New York team since moving to Brooklyn.

NEW YORK LIBERTY: The New York Liberty is NYC’s professional women’s basketball team. It was one of the eight original WNBA franchises and, like the Knicks, they play their home games at Madison Square Garden. They’re known for having the most appearances in the WNBA finals without ever winning, with four playoffs under their belt since their founding in 1997.