A Guide to Celebrating Holi in New York City 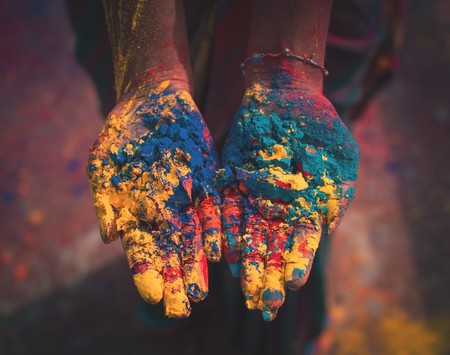 You don’t have to practice Hinduism to participate in New York City’s Holi celebrations. New Yorkers of all backgrounds come together at events across the city to brighten up spring with colored powder and positive vibes. Make your life a little more colorful with our guide to celebrating Holi in New York City.

Holi festivities are instantly recognizable by the multi-colored powders participants shower upon one another. At all Holi events, attendees throw this powder and, with permission, rub it on each others’ faces. In order to make the colors pop more, it’s customary to wear white clothing during these festivals. 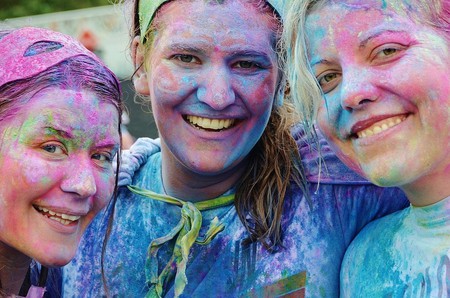 The color-throwing tradition is based on a Hindu legend

Krishna, the eighth incarnation of the Hindu god Vishnu, is behind the holiday’s chief tradition. Legend has it that the dark-skinned Krishna wanted to have the same complexion as his fair-skinned playmate Radha. Known for being mischievous in his youth, Krishna achieved this by applying color to Radha’s face.

Each powder color used during Holi has its own meaning

While it’s easy to assume there is little order to rainbow-hued Holi festivals, each color of powder actually carries special significance. Blue represents Krishna, and red is the color of purity and love. Green denotes new beginnings, and yellow is a nod to tradition, symbolizing the turmeric that was historically used in Holi celebrations.

During Holi, strict social rules can be loosened

In Indian and Hindu societies, age, gender, and caste are a few factors that determine one’s social position. During Holi, however, this hierarchy and the social rules it prescribes are loosened as all Hindus come together to celebrate the coming of spring. 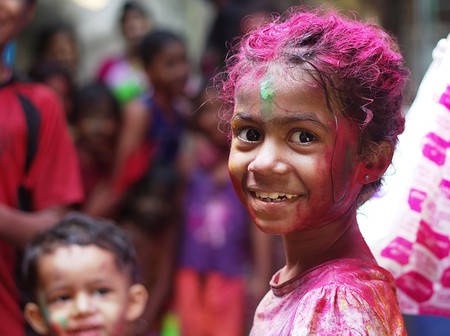 Holi is a time when everyone, no matter their background, comes together | © Himanshu Singh Gurjar / Unsplash

Per the Hindu calendar, Holi takes place each March for roughly 24 hours. In New York City, however, celebrations have been known to happen throughout the month and even as late as May.

The most popular Holi event in New York City appropriately takes place on the Play Lawn at Governors Island. Each May, the “happiest festival of New York” returns with free yoga, Sufi and Punjabi entertainment, food vendors, and, of course, environmentally safe colored powders. 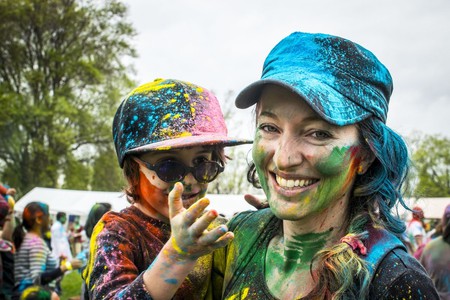