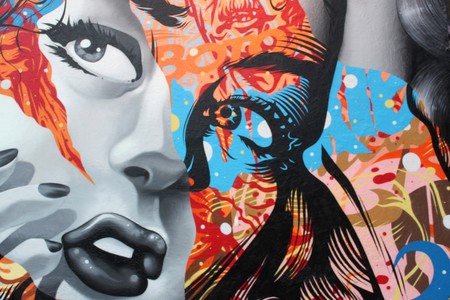 Art is omnipresent in New York City — from the world-class museums and galleries to the subways and the streets. Murals are a common form of public street art, big, bold and often conveying a strong social message. Here, we profile seven stunning murals to see around NYC.

A Tribute to the Ramones 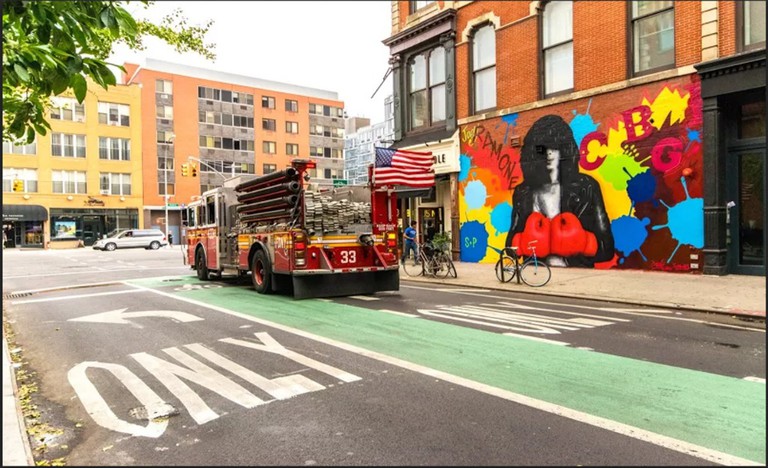 Debbie Harry Mural, New York | © Rey Rosa Photography
Located between Bleecker Street and Bowery Street, this mural was created by Solus x Crash as part of the L.I.S.A. Project — a non-profit in charge of bringing art to the neighborhood of Little Italy. An explosion of color, this work nods to two former New York City cultural entities: famed American punk rock band The Ramones (who formed in Forest Hills, Queens, in 1974) and CBGB (‘the birthplace of NYC’s rock, funk, [and] punk music’).

©Rey Rosa Photography
Created by Los Angeles native Tristan Eaton, Big City of Dreams was also a part of the L.I.S.A. Project, completed in April 2015. This brightly colored, textured mural depicts a sultry woman who is almost entirely covered in patterns and NYC icons such as King Kong, bridges, and buildings. Spreading the message that public art is of the greatest importance, Mr. Eaton’s murals can be found all over the country and across the world. 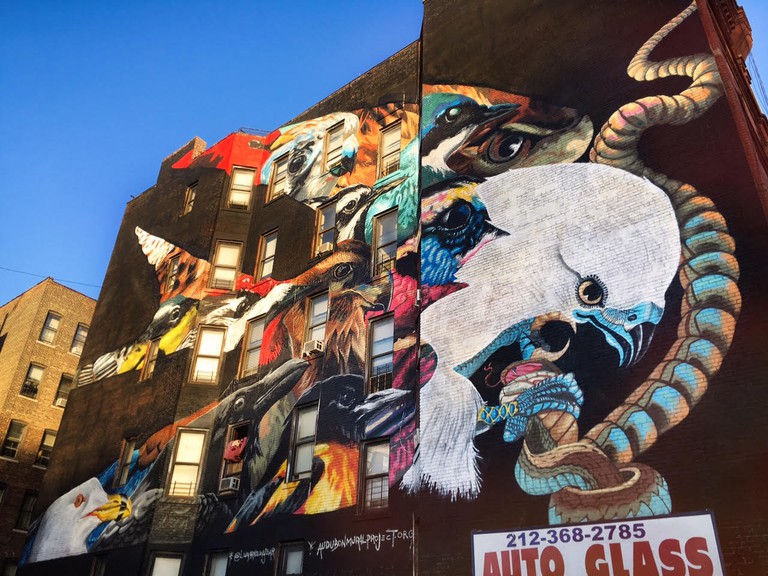 Swallow-tailed Kite | © Mike Fernandez/National Audubon Society
A collaboration between the National Audubon Society and the Gitler &_____ Gallery, the Audubon Mural Project is a series of murals depicting climate-threatened birds throughout John James Audubon’s old Manhattan neighborhood. Swallow-tailed Kite was painted by artist Lunar New Year; this bird is projected to soon lose 70 percent of its summer habitat, according to the Audubon Birds and Climate Change Report. The mural was finished in early October 2015.

A mural by Icy and Sot, Destroy reflects one of the duo’s recurrent themes: violence and injustice against children. Icy and Sot are artists from Tabriz, Iran, who now reside in Brooklyn. Since 2006, they’ve been leaving their mark on the world and throughout NYC. Their murals are intended to shine a spotlight on human rights, ecological justice, and political issues. Some of their work can be found on abandoned buildings in NYC; others are exhibited in Prospect Park and in designated project spaces. 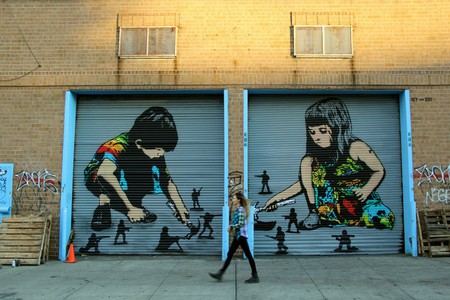 Icy and Sot (Destroy) – Image Courtesy of Icy and Stot

Also painted by socially conscious duo Icy and Sot, American Dream is a part of the Welling Court Mural Project, which connects writers with muralists residing in New York City. ‘American Dream is inspired by the homeless guy who was holding a Starbucks cup asking for money. There are a lot of homeless people in New York, but they are invisible in between skyscrapers. We painted him bigger than the Empire State Building so he can be noticed more.’ 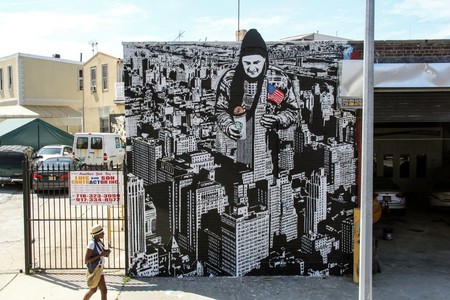 Spanning 500 feet between South 4th and South 3rd Street, We Walk was painted by artist Hellbent and is one of his biggest projects. Hellbent is known for his use of vibrant patterns and colors, so this mural focuses on geometric shapes, contrasting his art with the construction fence background. 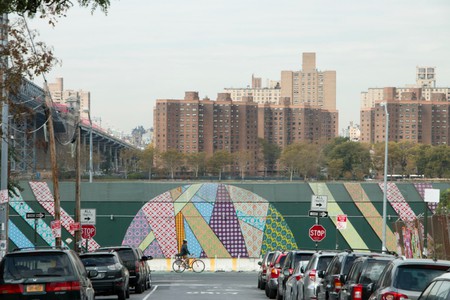 Image Courtesy of Hellbent
Give us feedback