The American Museum of Natural History (AMNH) is one of New York City’s foremost institutions. Each year, roughly five million people from all over the world flock to catch the museum’s unparalleled collections and landmark exhibitions. The AMNH consists of 20 interconnected buildings, meaning that it’s impossible to see everything in one visit. We give you our guide to the essentials.

Most visitors, especially those with young children, come to the AMNH to see the dinosaurs. The AMNH has the largest collection of dinosaur fossils in the world. The museum’s grand entrance hall is dominated by a massive display of three dinosaur skeletons depicting a scene that may have taken place in western North America during the late Jurassic Period, 150 million years ago. The entrance hall is breathtaking, but the fourth floor is where the museum exhibits its vast paleontology collections. Technically, this isn’t one collection but six; however, these chambers are connected. The museum’s fourth floor is constructed like a ring, and visitors can travel through time by moving from one hall to the next, starting off at the Paleozoic Era and eventually working their way to the Ice Age. 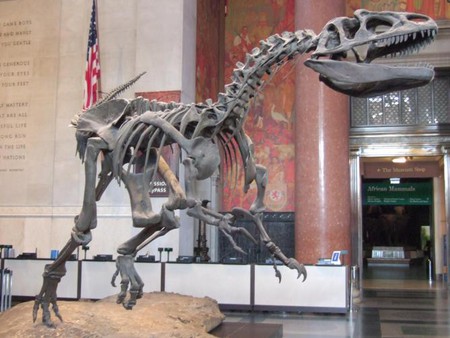 The Hall of Ocean Life

The Hall of Ocean Life takes up a large section of the first floor in two spacious levels, examining ocean life from every possible perspective. Unlike some of the other halls in the museum, this one is three dimensional; visitors are sure to be awed by the panoramic display dioramas, the wall mounts, and the dominant, powerful and most famous feature: a massive replica of a Blue Whale. 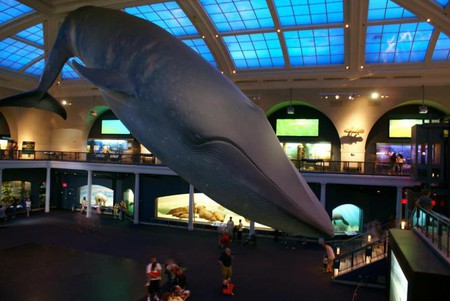 The Hall of African Mammals

The majestic Hall of African Mammals is so large that it takes up two floors. The dominant piece in the center of the first floor is a parade of African elephants. In order to make these displays, researchers and artists took detailed sketches and photographs of the locations and brought back samples of the local plants so that they could create displays that are both detailed and authentic. 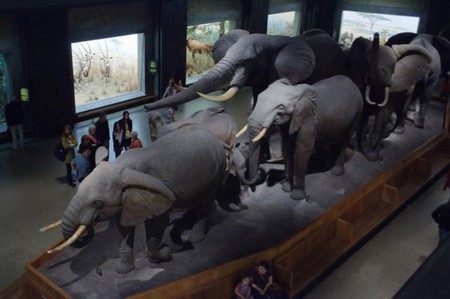 The Hall of Northwest Coast Indians

The AMNH has an impressive and expansive anthropological collection, with multiple halls dedicated to human origins and peoples from all over the world. The Hall of Northwest Coast Indians is both artistically engaging and culturally fascinating, with art, clothing and workmanship of every shape, size and color.

The Rose Center for Earth and Space

Astronomy is a key component of the research done at the AMNH. The outer space aspects of the museum are contained in a massive wing known as the Rose Center for Earth and Space. The dominant feature of this grand, multi-exhibition center is the Hayden Planetarium, depicted as a large white sphere, which also serves as a scale model for the sun in comparison with models of other heavenly bodies. 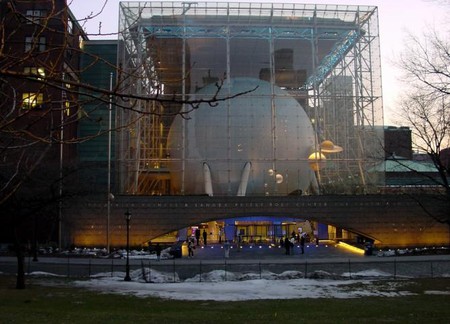