15 Bucket-List Experiences You Must Have in New York City 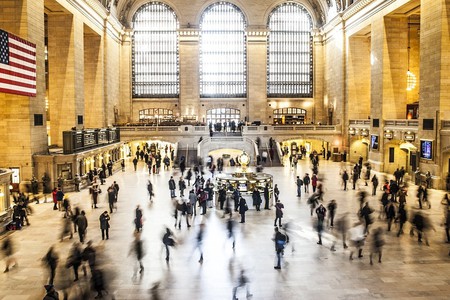 Going to the Great White Way and having your fill of New York pizza is fine, but is it making the most of your time in the Big Apple? Leave the Brooklyn Bridge walk for your next trip—here are 15 bucket-list experiences you must have in New York City.

Sit in the audience of a TV show taping

Take advantage of your time in one of the world’s most screen-famous cities by snagging a seat at a television show taping. Watch programs like Saturday Night Live, The Late Show with Stephen Colbert, Late Night with Seth Meyers, and Good Morning America as they’re filmed live—and do it for no cost. 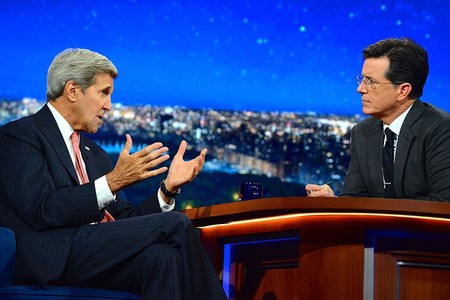 Eat a chopped cheese in Harlem

A hyper-local tradition, the chopped cheese is part cheeseburger, part sandwich, and completely delicious. The snack consisting of ground beef, American cheese, and lettuce and onions on a pressed hero is best enjoyed after a night of drinking and is found at any Harlem bodega.

Come summertime, and you couldn’t keep New Yorkers indoors if you tried—not even on movie night. Picnicking at an outdoor screening series (they’re BYOB!), including SummerScreen, HBO Bryant Park Summer Film Festival, and many others, is a must-have experience for summer city slickers. 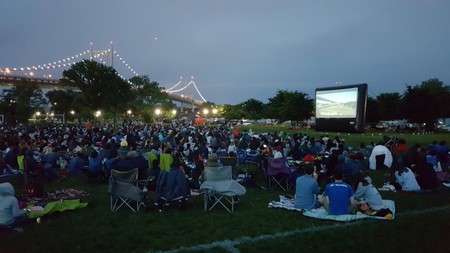 Hunt down that iconic coffee cup

You know the one—that ubiquitous blue and white paper cup seen in the hands of your favorite fictional New Yorkers for decades. This symbol of New York’s famous on-the-go lifestyle has inspired countless copycats, which makes finding a real Anthora cup a priceless city experience. Tip: You’re looking for an image of an amphora accompanied by the words “WE ARE HAPPY TO SERVE YOU.” Happy hunting!

This famed Greenwich Village comedy club offers more than laughs alone. A popular pick for top talents testing out new material, Comedy Cellar has hosted surprise performers such as Dave Chappelle, Aziz Ansari, Jon Stewart, and Jerry Seinfeld. Though this experience can’t be planned ahead of time, you can confidently call yourself a true New Yorker when it happens to you. 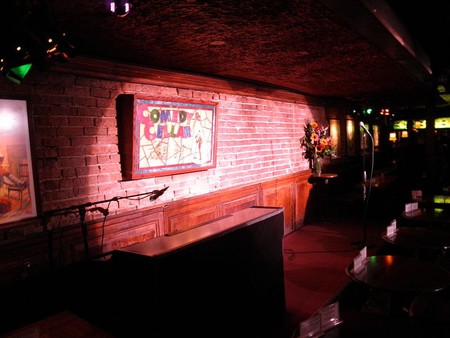 Sadly, most people (including many locals!) think there’s no way to enjoy sand-and-sea vibes in New York City. This sunny season, join in-the-know New Yorkers at the city’s many beaches, including Fort Tilden, People’s Beach, and Rockaway Beach.

Meet someone “under the clock” at Grand Central Terminal

This world-famous landmark is one of only a handful of things that can bring locals to Midtown. Making rendezvous plans in which you utter the phrase “meet me under the clock” has been a timeless rite of passage in New York for generations. 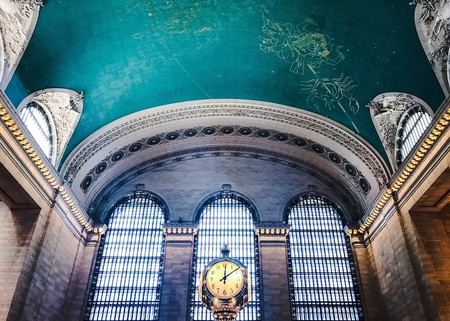 Have a sing-a-long with strangers at Marie’s Crisis

You don’t need to be in musical theater (though many of the patrons are) to enjoy the legendary show tune sing-a-longs at Marie’s Crisis. Popular with gay locals and theater performers, this 128-year-old piano bar in Greenwich Village is the best New York attraction you’ve never heard of.

Marrying two of the New Yorker’s greatest loves—hot dogs and a good deal—the Recession Special at Gray’s Papaya has been a major (and mouthwatering) hit since the “special” was first offered in the 1970s. When you want to eat like a true New Yorker, then be sure to order your own two thin, juicy hot dogs and a drink. 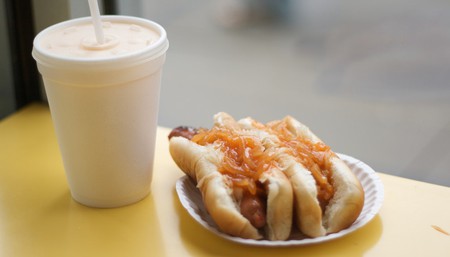 No New Yorker will ever recommend lower Manhattan’s Little Italy for authentic Italian-American eats. Instead, they’ll direct you uptown (way uptown) to Arthur Avenue in the Bronx. Picking up freshly made burrata, snagging a filled-to-order cannoli, and sitting down to the best bolognese this side of the Atlantic is a required New York experience.

See Shakespeare in the Park

Free live theater featuring big-name actors with Central Park as its backdrop—what’s not to (Shakespeare in) love about Shakespeare in the Park? Waiting in line for hours for tickets (wear comfortable shoes) is part of the experience and well worth it when you’re watching Al Pacino, James Earl Jones, Oscar Isaac, and company. 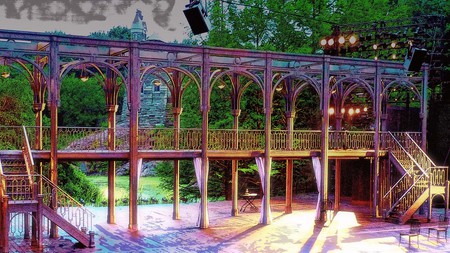 Shakespeare in the Park in Central Park | © Kathleen Maher / Flickr

Sure, greasy funnel cake and carnival game prizes are sweet, but let’s not forget the real OG of Brooklyn’s Coney Island, the Cyclone. This 2,640-foot-long (805 meters) roller coaster features speeds of 60 miles per hour, 12 drops, and an 85-foot (26-meter) plunge, elements made all the more exhilarating by the ride’s age: a whopping 90 years old. The panoramic view from its highest peak and lifelong bragging rights make a swirl on the Cyclone worthwhile—or so we’ve heard. 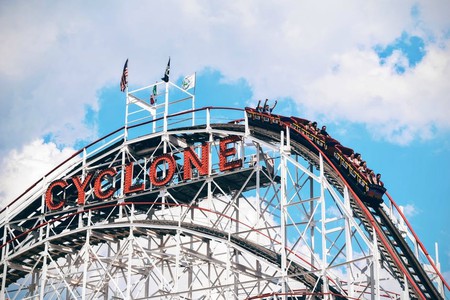 Enjoy one of Manhattan’s 24-hour restaurants

Call us spoiled, but many New Yorkers don’t think twice about the city’s plethora of 24-hour establishments, a favorite of which is the all-hours eatery. Soaking up the night’s drinks with a pile of pancakes or a plate of pierogi at 4 am is a unique-to-New York experience you shouldn’t miss.

No takers on your first try? No problem—hailing a taxi in New York City is harder than it looks. In order to be successful, you must be willing to stand on the road itself and even to play dirty (walking down one block to get ahead of your fellow cab-seekers isn’t nice but is necessary). A small victory, you’ll only feel like a true New Yorker when you climb inside your first cab. 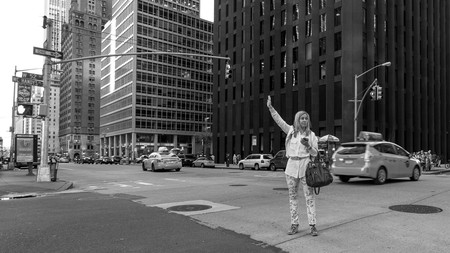 Cruise past the Statue of Liberty on a free vessel

Getting up close and personal with the world’s most famous New Yorker for free? What could be more “New York City” than that? Climb aboard the Staten Island Ferry or the IKEA ferry to rub elbows with Lady Liberty without rubbing your bank account the wrong way. 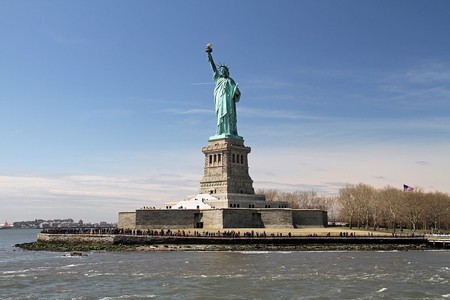 Statue of Liberty | © MonicaVolpin / Pixabay
Give us feedback