From 1962 to 1984, The Factory was a social and artistic center in New York City, created and designed by Andy Warhol. As Warhol became progressively more popular, The Factory operated more often and created art at a quicker pace. It attracted a number of notable people, each who contributed to, and was affected by, the art that was produced. Here are the most prominent individuals linked to Andy Warhol’s Factory. 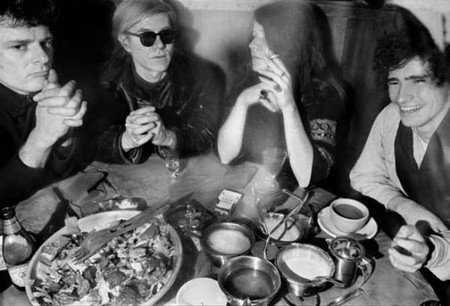 Paul Morrissey and Andy Warhol were a mismatched couple that worked very well together. Morrissey is Catholic and against immorality; Warhol was also Catholic, but his Factory thrived on the amoral. Morrissey, a director, worked with Warhol and created avant-garde films; some attribute his style to Warhol, but Morrissey claimed in his memoir that this was his own unique style. He directed films such as Flesh (1968) and Women in Revolt (1971). Morrissey also played an active role in introducing people to Warhol, including the Velvet Underground and many of Warhol’s actors. 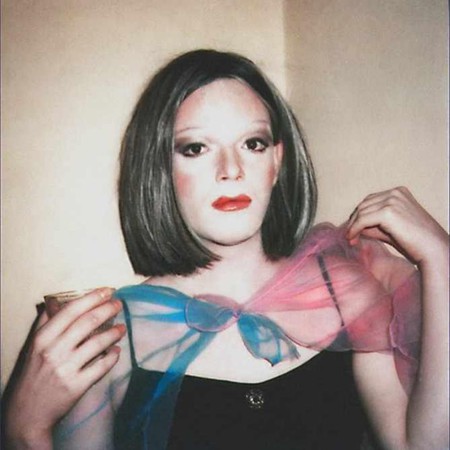 The Factory became a haven to the ‘sexually deviant,’ and Warhol was known for inviting people who were not part of mainstream society. Jackie Curtis was born John Curtis Holder, Jr., and she was known to perform in drag. She inspired the glam rock movement of the 1970s by wearing clothing that was both trashy and glamorous. She starred in Warhol’s films, Flesh and Women in Revolt. Some critics met Women in Revolt with opposition, but this film (as well as the others he produced with ‘sexual deviants’) also showed Warhol’s inclusion of transgenders, who were met with great opposition from others. Curtis tragically died from a heroin overdose in 1985. 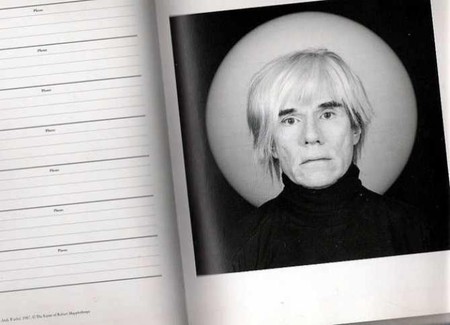 Candy Darling was a transgender who transitioned in the 1960s. Originally from Long Island, she traveled to New York City to experience the nightclub scene. Darling first met Warhol in 1967 when he was attending a play that was written by her friend, Jackie Curtis. Warhol cast Darling alongside Curtis in two of his films, Flesh and Women in Revolt. After her films with Warhol, Darling continued acting in film and theater, and she was in plays written by Curtis. She died from lymphoma in 1974. 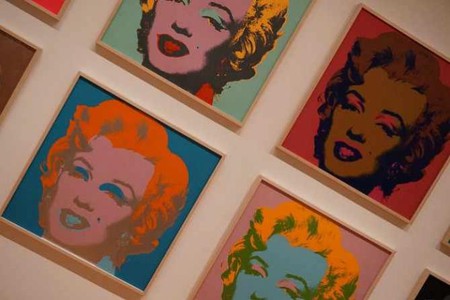 Born Haroldo Santiago Franceschi Rodriguez Danhakl in Puerto Rico, transgender actress Holly Woodlawn formed her name as a contraction of characters from Breakfast at Tiffany’s and I Love Lucy. She first met Warhol in 1968 at a filming of Flesh in The Factory, and it is through her that she met Jackie Curtis, who also cast her in a number of roles. She was featured in Women in Revolt. She was given a role in Trash, and people were so impressed with her performance that they pushed for her to receive an Academy Award. In her 90s now, Woodlawn continues to perform across the U.S. 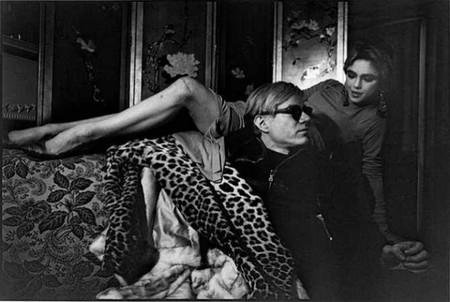 Edie Sedgwick moved to New York in 1964, and she met Andy Warhol in 1965. When she visited The Factory, Warhol gave her small cameos in his films Vinyl (1965) and Horse (1965). Warhol was quickly drawn to her beauty, and she became the star of The Poor Little Rich Girl Saga (1965). Though Warhol’s films had small releases, Sedgwick became famous for her iconic look. After she and Warhol had a falling out at the end of 1965, she entered the mainstream acting world in Ciao! Manhattan (1971). The film, however, was released after Sedgwick’s untimely death in November 1971.

In the 1960s, Valerie Jean Solanas left home and moved to New York, where she survived as a prostitute. She met Warhol in 1967, and she gave him a script of her play, Up Your Ass, to read. Warhol believed the script was a trap set by the police because it was very pornographic, so he told Solanas that he lost the script; as repayment, he offered her a role in his film I, A Man (1967). In 1968, she became paranoid that Warhol wanted to steal her work, SCUM Manifesto, so she entered The Factory and shot Warhol. She was arrested and sentenced to three years in jail.

Originally born Janet Susan Mary Hoffmann, Viva was renamed by Warhol. She began as a model and painter, but she became an actress and appeared in Ciao! Manhattan alongside Edie Sedgwick. Viva frequented The Factory often, and when she asked to be in one of Warhol’s films, he agreed. His only stipulation was that she would get topless for the film, and she agreed. In Blue Movie (1969), she and her co-star speak about controversial topics such as the Vietnam War, and have sex on camera. She was on the phone with Warhol when he was shot, and she spent time with his mother, Julia Warhola, while Warhol was in the hospital. Warhol became suspicious of her and thought she was spying on his work and mother, so their relationship was severed. 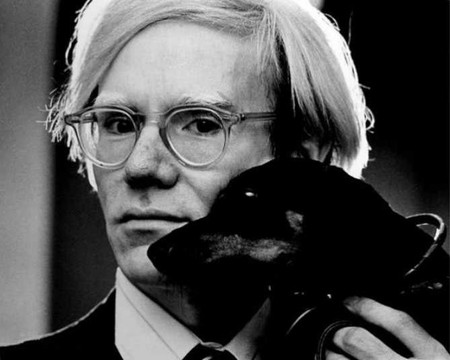 Joe Dallesandro began his career with nude modeling, and his body was celebrated in Warhol’s work. Dallesandro met Warhol and Morrissey in 1967, and he was cast in Flesh, which featured him nude in several scenes. Flesh, in fact, was popular with underground and mainstream audiences, so Dallesandro became extremely popular. He was in many of Warhol’s films such as Heat (1972) and Andy Warhol’s Frankenstein (1974). He left The Factory and continued to make films in France, Italy, and the U.S. 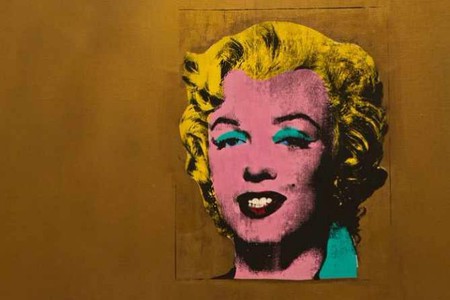 Musician and songwriter Lou Reed was the lead singer of the Velvet Underground, a group that was managed by Warhol for a time. The Velvet Underground was the house band of The Factory, and they practiced and performed often in the space. Lou Reed’s solo song, ‘Walk on the Wild Side’ references the people he met at the Factory, such as Candy Darling, Joe Dallesandro, Jackie Curtis, and Holly Woodlawn. In 1990, Lou Reed coordinated Songs for Drella with John Cale (from the Velvet Underground) to celebrate Warhol. 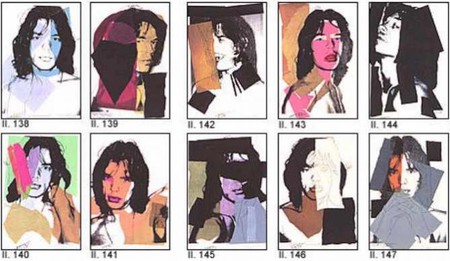 The lead singer of the Rolling Stones frequented The Factory, and he had a close artistic connection with Warhol. In 1971, the Rolling Stones released Sticky Fingers, which included songs such as ‘Brown Sugar,’ ‘Can’t You Hear Me Knocking,’ and ‘Wild Horses.’ Warhol designed the album artwork. It is highly suggestive (playing on the suggestive title of the album itself), showing a close up of a man’s (Joe Dallesandro’s) crotch. Warhol also painted silkscreens of Mick Jagger, which were owned by Farah Pahlevi, the empress of Iran at the time; the images of Mick Jagger were hung in the royal palace in Tehran. 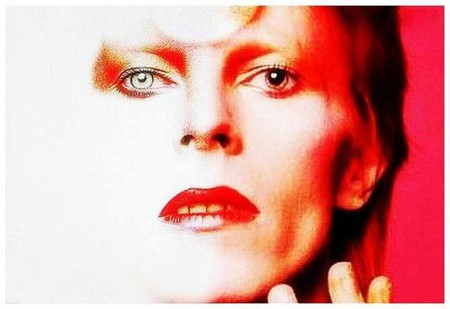 David Bowie is an English musician known for making experimental music. He first received acclaim for his song ‘Space Oddity,’ and he epitomized the glam rock movement as Ziggy Stardust. His 1971 album, Hunky Dory, pays homage to one of his artistic motivators in the iconic song, ‘Andy Warhol.’ In the song, Bowie sings, ‘Andy Warhol looks a scream, hang him on my wall, Andy Warhol, Silver Screen, can’t tell them apart at all.’ In 1996, Bowie played Warhol in Basquiat, a film about Warhol’s friend, Jean-Michel Basquiat. Bowie was praised for the accuracy of his representation that was made possible by intimate knowledge of Warhol and The Factory.

With her incredible success as Sally Bowles in Cabaret, Liza Minnelli won an Academy Award in 1972 and was greatly celebrated. Apart from her individual fame, she was part of Warhol’s world. In 1979, Warhol painted Minnelli on a silkscreen in a painting called Liza Minnelli. The Factory was a hotbed for drug use, and Minnelli suffered from alcoholism and drug addiction. She was celebrated in New York’s nightclubs; in fact, before Minnelli went to rehab in 1984, Warhol noted in his diary that she pleaded for drugs from him.