10 Things To Know Before You Go to NYC 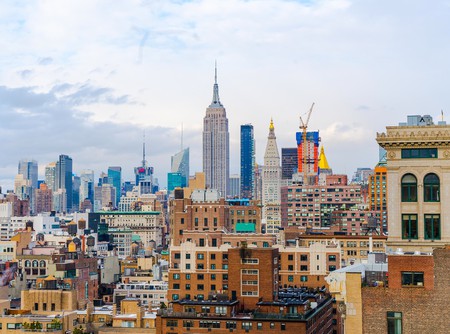 Regaled as the “City of Dreams,”New York is a mecca for dreamers, artists, and entrepreneurs who flock to the concrete jungle in pursuit of opportunity. When you first set foot on the stained sidewalks of this fair city, glitter is tossed in your eyes as you float by dreamy store fronts on 5th Avenue and changing leaves in Central Park. While there are countless tips on what to see, do and eat in the Concrete Jungle, there are also practical things to know before your plane touches the tarmac at JFK airport. 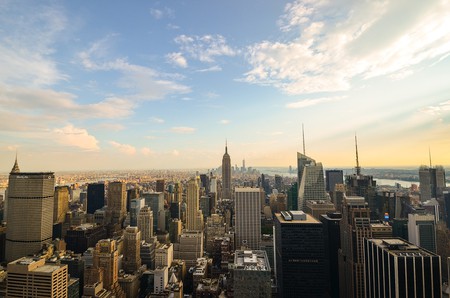 1) Allow yourself more time to get around

New Yorkers will always say it takes twenty minutes to get just about everywhere in the city. With countless yellow cabs, Uber cars and subway options, getting around should be easy (and on some days it is). More often than not, prepare for subway delays, traffic, stalled lines and other mishaps that can derail your commute. If it takes 20 minutes to get to that Broadway show in Times Square, plan for 30.
2) Avoid the empty subway car

The R train arrives carrying passengers packed in like sardines with the exception of one mysteriously deserted subway car. Tourists will run to the car thinking they’ve hit the jackpot, while knowing New Yorkers will cram into the other train cars. If there is one empty train car on an otherwise packed train, it is unoccupied for a reason. Perhaps the air conditioning is broken on a 90 degree day or maybe a stench has rendered the car impossible to stand in. Whatever the reason, avoid it. 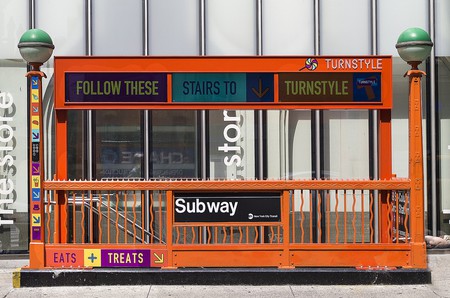 There is one surefire way to piss off a New Yorker and that is stopping in the middle of the sidewalk to take a picture. The city moves like a well orchestrated dance, so when tourists stop dead in their tracks to snap a photo of the Empire State Building, it can frustrate many. If a photo opportunity arises, step to the side of the crowds and then snap your photo.
4) Know what to tip

Tipping is always a tricky question when visiting any new city. In New York, tipping is a must for cabbies, restaurants, bellhops and any other service. As a general rule of thumb, tip between 15% to 20% percent of your bill for restaurants. For taxis, most yellow cabs have an automated payment system where you can select a tip percentage to add to the fare. 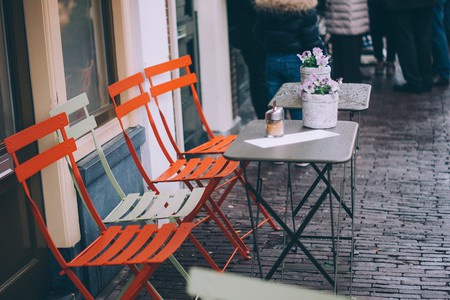 When sightseeing in New York City, a great way to get around and capture stellar skyline views is the East River Ferry. This local ferry runs down the East River with stops starting in Long Island City in Queens all the way down to the Financial District in lower Manhattan. Compared to the $2.75 MTA subway card, a one-way ticket on the ferry is slightly more expensive at $4; but the views, fresh air and minimal crowds will make up for the cost difference.
6) Know how to get from the airport

The two main airports in New York City are LaGuardia and JFK International Airport. Upon exiting both airports, you’ll be inundated with options for transportation to the city proper. Be wary of the “gypsy cabs,” which are unofficial taxi companies that charge higher rates to unknowing tourists. Instead, order an Uber or visit the yellow cab taxi stand for an official taxi. For an even cheaper alternative, you can take the AirTrain from JFK to the Howard Beach stop and catch a local subway; or you may take the M80 bus from LaGuardia, which offers service to Manhattan. 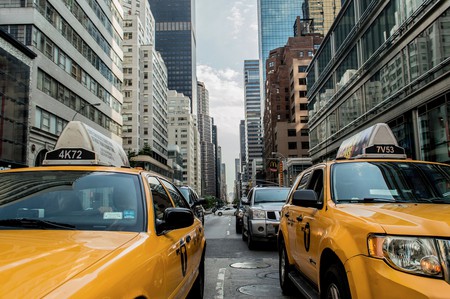 Movies and television shows alike make hailing a cab in New York seem like a glamorous affair. You simply step onto the street wearing towering stilettos, thrust your bangle-clad arm into the air and watch as three taxis screech to a halt at your feet. The reality is much more frenetic. To hail a cab in NYC, keep an eye out for taxi tops with their lights on. If a taxi does not have his light on, then the cab is already filled. Likewise, if a cabbie has turned on his “Off Duty” lights, then he won’t be stopping for any passengers.
8) Save money on sightseeing

Living in New York City is expensive but visiting doesn’t have to be. Despite its reputation of being hard on the wallet, New York offers an abundance of deals for travelers. The New York CITYPass is a great way to visit numerous city attractions, skip wait lines and save on admission prices. From the Empire State Building to the “Top of the Rock” Rockefeller Center observatory, having a pass that allows you to skip the wait is crucial. Similarly, for museums such as The Metropolitan Museum, admission prices are donation based. While there is a suggested ticket price of $25 for adults, you are free to pay whatever you can. 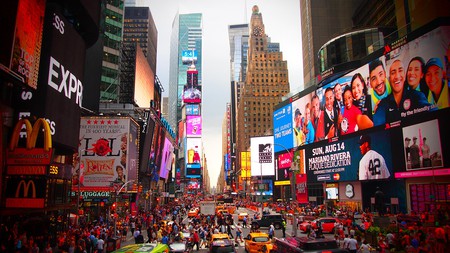 9) See Times Square and move on

When people think of New York, they often think of Times Square. The busy intersection is a historic place in the city and named as such after The New York Times headquarters moved there in 1904. Overtime, Times Square has evolved from the seedy reputation it once held in the 70s to the commercialized epicenter it is today. Crowded, chaotic, dazzling and overpriced are just a few of the adjectives that come to mind when describing Times Square. In other words, get your photos, take a walk around the intersection and then move on to everything else the city has to offer.
10) Go beyond Manhattan

Manhattan rent is skyrocketing. According to a recent article from Curbed New York, the average price of renting in the city is now a whopping $3,415! With rent increasing, small business owners and historic store fronts are being forced to shutdown or move to the outer boroughs. Charming shops and stellar restaurants are popping up all over Brooklyn and Queens as New Yorkers head across the river to the more affordable land of rent. While Manhattan will never lose its allure, it’s worth visiting the other boroughs for the unique shops and flavors that make New York what it is.