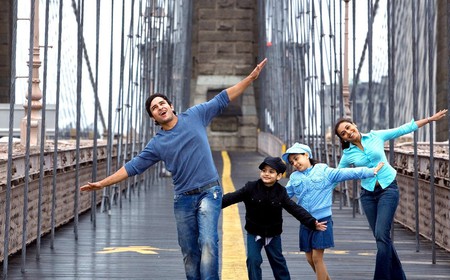 With over 1000 new productions each year, Bollywood is the largest film producer in the world, trumping Telugu, Tamil, Malayalam, Bangla, and Kannada! The term “Bollywood” is an amalgamation of Bombay (modern-day Mumbai) and Hollywood, the center of the American film industry. Thought all Bollywood movies were filmed in India? Think again! We profile 10 Bollywood films starring New York City.

This romantic drama tells stories of adultery and extramarital relationships. Directed by Karan Johar and produced by Dharma Productions, this movie is gorgeously shot against several iconic New York locations, from Pier 17 to Park Avenue, Columbia University, the Manhattan and Brooklyn bridges, Central Park, to the East West Gate Sculpture. This larger-than-life production was screened at the Tokyo International Film Festival and was included in the library of the Academy of Motion Picture Arts and Sciences. 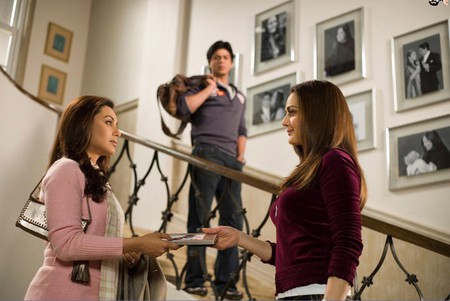 This comedy-drama directed by Gauri Shinde tells the story of a housewife who enrolls in an English course to improve her language skills. The story was inspired by Shinde’s mother, a Marathi-speaking woman who ran a pickle business from her house in Pune. As India’s official entry for the 2012 Academy Awards in the Best Foreign Language Film category, this film was marketed as presenting the “Meryl Streep of India” and the “female Rajinkianth in Japan.” 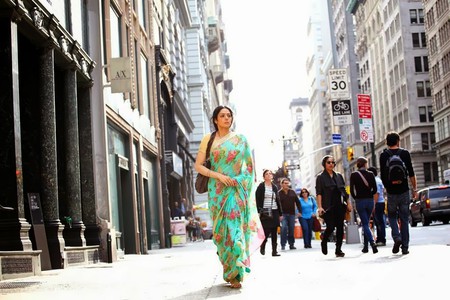 This blockbuster, promoted as “A Story of a Lifetime…In a Heartbeat”, unfolds a triangular romantic drama of love and loss. This song is so popular that the German Embassy in India even released an eight-minute video titled “Lebe Jetzt” as an homage to the movie. The film’s soundtrack received critical acclaim and commercial success, with the title song listed on a list of the BBC Asian Network’s Top 40 Soundtracks of all time (it made it into the top five). Filming locations included Bethesda Terrace, Wall Street, Bow Bridge, Union Square Subway, Water’s Edge Restaurant, and the Brooklyn Bridge Park. 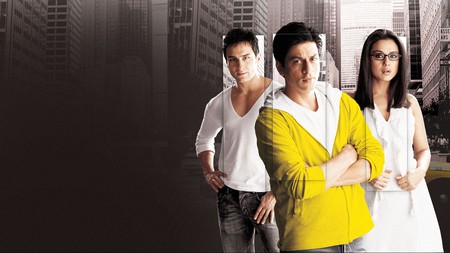 This Tamil comedy was the most expensive Indian film made upon its release in 1998. Due to its success, it was dubbed and re-released in Hindi and Telugu. This hilarious drama focuses on twin brothers who fall for a woman pretending to be a twin. First titled Genes, it was later changed to the homonym Jeans, as the director felt the original title was unappealing. The majority of the film was shot outside of India, with one song featuring the Seven Wonders of the World. Filming locations included the Empire State Building, the Statue of Liberty, and the World Trade Center.

My Name is Khan

This critically-acclaimed drama achieved international recognition for its depiction of an Indian Muslim man with Asperger’s who embarks on a cross-country journey to meet the president of the United States. Distributed by FOX Star Entertainment, this film became the highest-grossing overseas Bollywood film in 2010. Directed by Karan Johar and featuring Shahrukh Khan and Kajol in the lead roles, this film explores a multitude of perspectives revolving around the global issues of discrimination and intolerance. In a pre-release interview for the movie, Khan described the movie as a film concerning “the relationship between the Western world and Islam and how that has changed over the past few years.” A story with a strong message, My Name is Khan is a must-see. 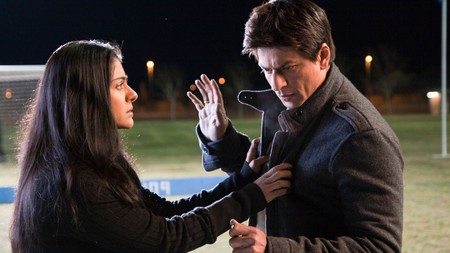 ‘My Name is Khan’ | Image courtesy of Dharma Productions

Abbreviated to LPNY, this romantic comedy is a witty coming-of-age movie that takes a conventional premise and twists it into something delightfully unconventional. The main characters are two polar opposites who are drawn to each other in spite of their differences — or rather, because of them. This drama takes you along their journey as they meet in London, Paris, and New York for a night in each city. Times Square, Central Park, and the Fulton Pier make special appearances in this charming film. 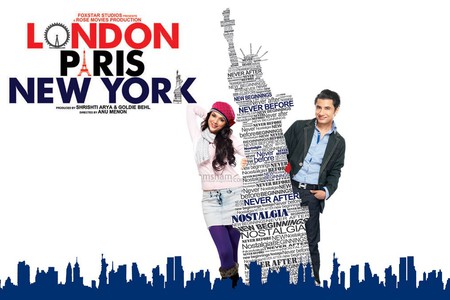 Inspired by the Telugu film Itlu Sravani Subramanyam, this movie explores the heavy themes of depression and suicide. After several failed suicide attempts, the main couple decide to live every day as their last and embark on a road trip from New York to California. Before leaving, they make a suicide pact to kill themselves on New Year’s Eve. Filming locations include Wollman Rink, Central Park, Brooklyn Bridge Park, and Wall Street.

A thriller produced by Yash Raj Films, New York tells the story of three students whose lives are changed by the September 11th attacks and their aftermath. The main character is accused of terrorism and sent to Guantanamo Bay, where he is viciously tortured. Eventually found innocent, he returns to New York, but is forever changed. Filmed over a period of hundred days, this powerful movie was mostly shot in New York City. 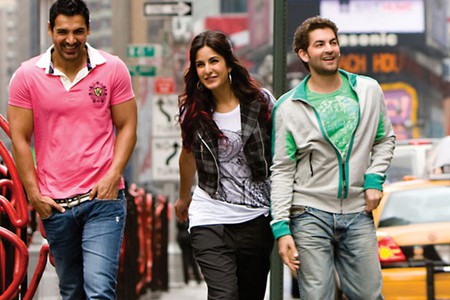 This romantic comedy centers on two men who share an intense love for the same woman but can’t seem to find the words to express their feelings. Ten years after college, this trio reunites and fond memories rapidly resurface as complicated feelings inevitably underscore the happy reunion. Manhattan is truly the star of Jaan E Mann. 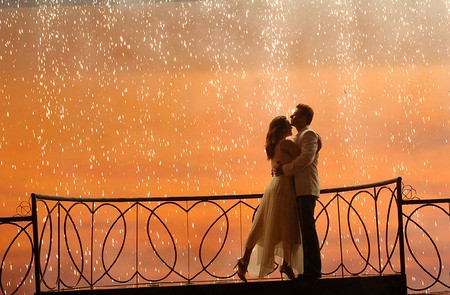