The Unsung Hero of the Harlem Renaissance 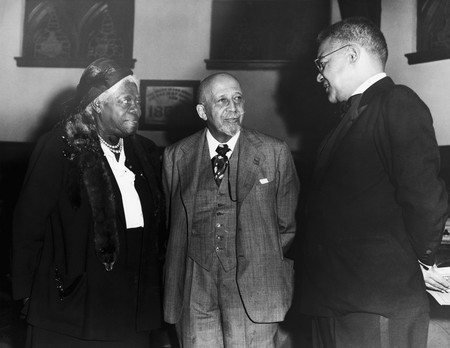 Luminaries such as W.E.B. DuBois, James Baldwin, and Zora Neale Hurston are likely the first that come to mind when you hear the term ‘Harlem Renaissance’. But there are other figures less well known who also deserve attention.

Regina Anderson is the subject of a new biography, which aims to show what a pivotal role she played in the literary and cultural development of that period. Anderson’s life reads like something out of a book one of the authors of the Harlem Renaissance might have dreamed up. When she moved to New York City in 1921, she had no intention of becoming a Harlem habitué. Anderson was simply interested in finding work in the New York City Public Library system, and applied for a position.

Although segregation was still in effect in many parts of the country, the New York City Public Library system was technically integrated. But, applicants for jobs within the system were often sent to branches based on the intersection of their own race and that of the neighborhoods of various branches.

Anderson’s ancestry could be traced to numerous countries, including precolonial America, Sweden, Madagascar, and India. When the application for a library position asked her to list her race, she wrote simply “American.”

“To us you’re not an American,” the librarian told her. “You’re not white.” He sent her to the 135th Street branch of the New York Public Library, on 135th Street. 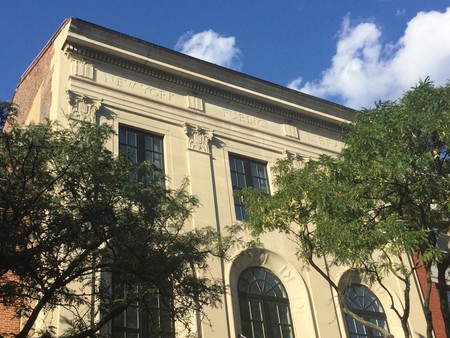 Ernestine Rose, head of that branch, was eagerly exploring the boundaries of what a library could be and mean for a community. Rose allowed the library to serve as a meeting spot for groups like the National Association for the Advancement of Colored People (NAACP), the Anti-Lynching Crusaders, and high school clubs focusing on black history.

Anderson’s exposure to this advocacy both educated and inspired Anderson. She began educating herself on elements of African American history she hadn’t known about, and then began organizing forums and lectures by prominent activists focusing on the pressing issues of the day.

Organizing these talks is how Anderson began to get to know her famous friends. One such talk featured women’s health advocate Margaret Sanger. She was escorted to the lecture by the police, who wanted to prevent her from distributing pamphlets about birth control. Another featured W.E.B. DuBois, who received a letter from Anderson asking when (not if) he would be available to speak, and requesting an introduction to one of his friends.

The rest of Anderson’s integration into the Harlem Renaissance was thanks to her voracious literary appetite. She would skim up to seven or eight new books a day so she could recommend them to the authors she was cultivating, among whom were Langston Hughes and Claude McKay. Anderson also made sure the authors had workspace so that they could focus on their projects. 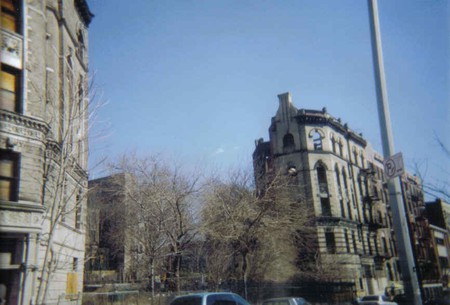 A street in Harlem, where Anderson lived and worked | © Uptownflavor/Flickr

Anderson lived in a beautiful apartment. Her two roommates worked at the magazine Opportunity, a well-known magazine in the African-American community that attracted prominent writers and artists as contributors. Their apartment turned into a salon for many of the leading names of the Harlem Renaissance. One of the roommates’ fathers was friends with DuBois, who would take them on outings to Coney Island for oysters and shrimp cocktails.

DuBois would also be instrumental in helping Anderson push through some of the racist policies that stalled her advancement at the library. He wrote numerous letters to the library and boycotted the library when they refused to promote Anderson.

In 1938, Anderson finally became the first head of a New York Public Library branch on 115th Street. Later in her career she would helm the Washington Heights branch.

Anderson retired in 1966, and spent her later years traveling. She passed away in 1993.

Anderson’s contributions to the alchemy of talent and inspiration that defined the vibrant Harlem Renaissance have been largely forgotten. Now, they are getting some of the attention they deserve. Anderson’s story sparks consideration of the question of who gets written into history in a starring role and who takes a backseat.