On a stroll through the bustling streets of SoHo you’ll see a prevalence of trendy shops and posh art galleries. But this glamorous New York City neighborhood has a decades-old history as an industrial center, only recently reclaimed by pioneering artists. We take a closer look at the SoHo gallery scene, then and now. 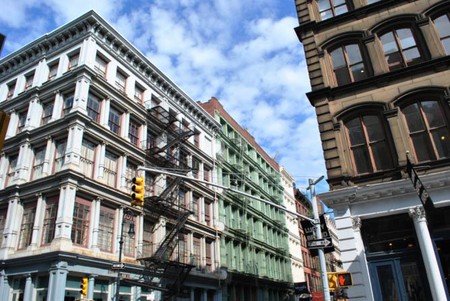 In the mid-18th century, SoHo was a suburban shopping district for residents of Lower Manhattan. Around this time, pioneering architects built the iconic cast iron commercial and residential buildings that would make this area famous. Cast iron was one of the most prevalent building materials of the era, thought to best guard residents against building fires. To this day, most of New York City’s 250 cast iron buildings are located in SoHo.

By the beginning of America’s Industrial Revolution in the 20th century, the area had developed into a thriving manufacturing zone. Commercial lofts became work spaces for the textile and fashion industries. As economic conditions changed, the area became known as ‘Hell’s Hundred Acres’ until artists in need of natural light and affordable livings spaces took up residence in Soho’s lofts. In the 1960s, artists such as Andy Warhol, Jean-Michel Basquiat, Philip Glass, Twyla Tharp lived here, and SoHo became a nexus of the avant garde art scene.

Because of the area’s pop culture significance and unique architecture, residents, architects and historians in the late 1960s and 1970s fought development in the area, including a proposed ‘Lower Manhattan Expressway’ that would have funneled traffic from the Holland Tunnel to the Williamsburg Bridge. In 1973, SoHo was officially classified as one of New York City’s historic districts. Developers became interested in preserving the famous cast-iron buildings and using them for boutiques and restaurants. 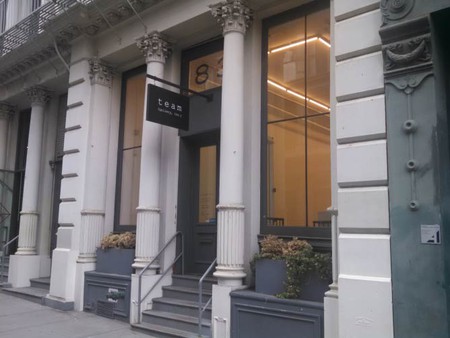 The Art Scene Lives On In SoHo’s Galleries

No trip to SoHo would be complete without visiting some of the area’s gallery spaces to pay homage to its artistic past and look towards the future of contemporary art.

The Swiss Institute is located in a historic building and showcases the work of contemporary artists through thought-provoking exhibitions, such as installations by mixed media sculptor Jon Kessler.

Team Gallery was established in 1996 and has exhibited work by young artists and photographers, including Cory Arcangel, Ryan McGinley and Banks Violette.

Martin Lawrence Galleries has been in the area since 1975 and houses works by Basquiat and Warhol, as well as Salvador Dali, Rembrandt, Joan Miro and many other renowned artists.