The Search for the Unicorn: An Exploration into Medieval Mythology 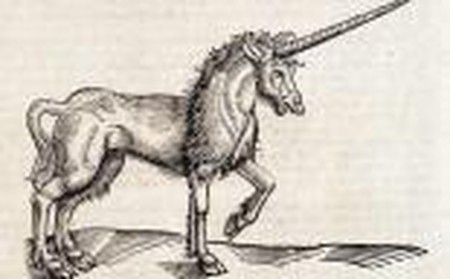 A widely discussed phenomenon, the famous Unicorn Tapestries held within the famous Cloisters museum, tell stories of this fabled beast. With the museum standing as a beautiful salute to medieval art and architecture, it is fitting that these works dedicated to one of the most important legendary creature of medieval times are kept here. 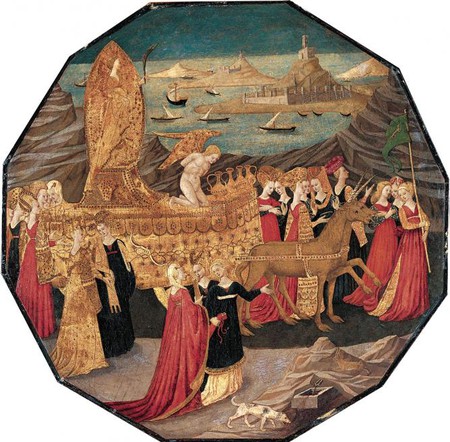 The Legend of the Unicorn

Works of art dating pre-1900 are bursting with mythical stories and representations of fabled mythical creatures, whether they be frightening dragons, majestic centaurs or, in this case, the enchanting unicorn. Each legendary creature of the past has its own history and origins. Unicorns in particular have always been an especially mysterious beast, as their history can be traced back to ancient greek writings of natural history. The truth of their existence therefore has long been disputed, with the debate having lasted for over two millennia. Many today believe that they did indeed once walk the earth, but whatever you believe, the unicorn’s existence is set forever within the delicate tapestries and illustrations from throughout the Medieval period.

During the Middle Ages in Europe, discussions on the creature’s existence stemmed from a labyrinth of symbolism originating from the Ancient Greeks, in addition to biblical and religious tales, with the unicorn often featuring in religious and biblical works of art. It was widely thought that the unicorn stood as a wild woodland beast, and was only able to be tamed by a maiden (often thought to be a virgin). The natural attraction of the unicorn to the maiden was thought by many to have ties to the Virgin Mary. The allegory surrounding the capture of the unicorn was originally from the Physiologus (‘the scientist’) which was translated to latin in the 5th century; the story of this capture involved the unicorn becoming trapped by the maiden and, stunned by her presence, the unicorn would abandon its wild nature, immediately approach her and rest its head upon her lap. 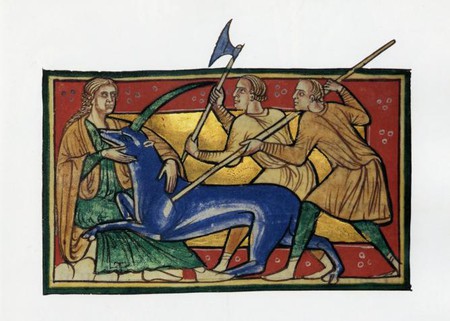 The Cloisters: ‘Search for The Unicorn’

In order to celebrate their 75th anniversary, The Cloisters Museum of New York held an exhibition displaying their Unicorn Tapestries in addition to other works depicting the creature. Representing the Metropolitan Museum as housing the most established collection of Medieval art and architecture in America, The Cloisters opened its doors in 1938, and is the perfect setting for a study on the mythical animal. Located atop the highest point of New York overlooking the Hudson river, the museum itself stands as an architectural feat. Designed by Charles Collens, it is made from a selection of European abbeys from the Medieval period, the stones of which were taken from Europe and shipped to New York, often rebuilt stone by stone. Important cloisters from sites such as Saint-Guilhem-le-Désert and Trie-sur-Baïse were dismantled and have been repositioned to create a museum that is rich in history and beauty. The surrounding museum gardens boast a range of flora, and the location of the museum within the public Fort Tryon Park enhances its stoic aura.

The exhibition Search for the Unicorn contained a wide selection of works surrounding the myth, and held not only the famous tapestries themselves but donations from other public and private collections, making it one of the most in-depth explorations into the history of the unicorn in history. The Unicorn Tapestries themselves are seven individual tapestries, which when hung together are the most detailed and exquisite surviving artworks of the Middle Ages. The incredible beauty of the craftsmanship behind the tapestries must be seen to be believed. Made from a weave of wool and silk, the detailed tapestries illustrate the hunt for the unicorn set against a luscious landscape. Although the tapestries are all representative of the unicorn and its lore, it is thought that they come from two or more individual sets, which further enhances the mystery and complications behind the origins of the unicorn and the metaphors surrounding it. 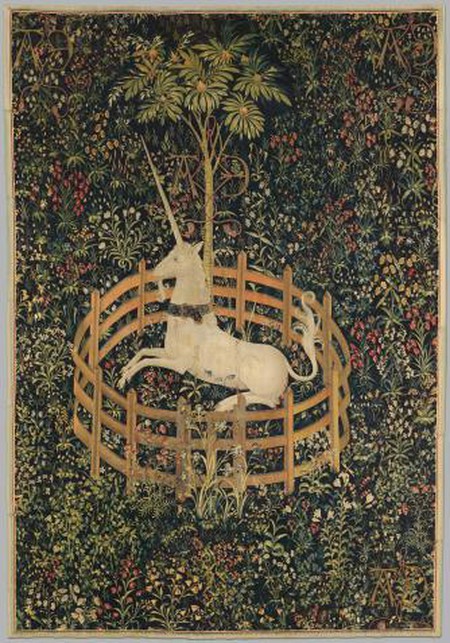 The tapestries have been read in a number of ways, and are seen to be representative of Medieval interests into the complex system of symbols and metaphors that exist within history and nature. Whilst they obviously illustrate the hunt for the unicorn, the meanings behind the hunt are as elusive as the unicorn itself. Two predominant readings of the tapestries stand out: the challenging search and inevitable capture of the bridegroom by his loving lady, and the christian readings which delve into symbolic tellings of Christ’s suffering, crucifixion and resurrection. With these themes often overlapping, some symbols within the tapestries remain unknown even today. The letters ‘AE’ are carefully crafted into each hanging piece, and are thought to stand for the patrons of the tapestries, but cannot be traced to any couples or members of the royal family from the time, and so their meaning remains unknown.

The story of the unicorn hunt begins with the hunters led by hounds, called to the site of the unicorn by a fellow huntsman. We then see the unicorn around a fountain, dipping his horn into a poisonous stream, thus making the water drinkable for the surrounding creatures, many of which are featured in Medieval writings. The hunters realise that simple physical force will not capture the beast, but wit and cunning is required to ensnare it. Upon seeing the maid, the unicorn surrenders himself thus abandoning his wildness and ferocity. This is compared to the surrender of Christ, and how he surrendered his divine powers and became human through the Virgin Mary. In the final tapestry (The Unicorn in Captivity), the unicorn is seen alive but contained within an enclosure, and this is often seen as representative of Christ’s resurrection, although it can also be compared to the story of two lovers, as the fruit in the tree above can be read to symbolise an affluence of children.