'The Last Three' White Rhino Sculpture Will Bring You To Tears 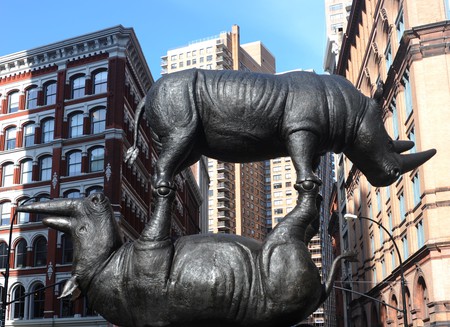 The largest rhino structure on earth was unveiled on Astor Place yesterday in New York City, but it’s not just any artwork. The new 16-foot installation is a homage to the last three remaining northern white rhinos in existence, and will also be used as a petition to help save the species from extinction. 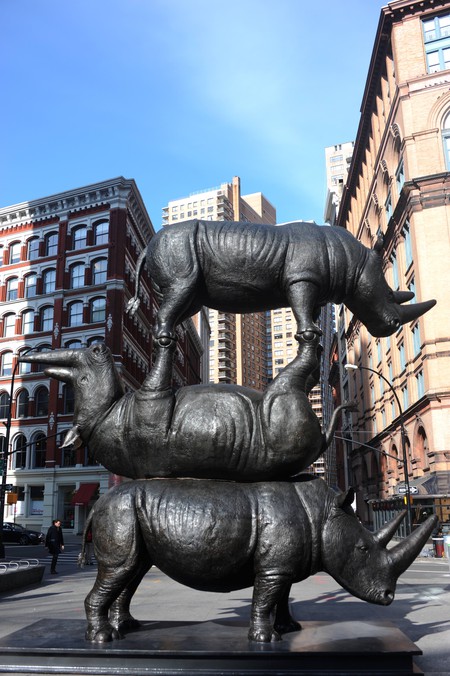 Contemporary artists Gillie and Marc Schattner first traveled to Kenya in 2017 to visit the world’s last three surviving northern white rhinos. After spending time with Sudan, Najin, and Fatu at the Ol Pejeta Conservancy, the couple decided to mobilize awareness for the endangered trio through art.

The illegal practice of poaching white rhinos for their horns has become an international issue, and the rhinos have to be guarded 24-hours a day, with horn-embedded transmitters to ensure their protection.

Najin and Fatu are females, but the one surviving male, Sudan, is too old to reproduce, and a recent infection in his leg means that he is facing his last days. The females are both infertile, meaning that their species’ extinction is imminent. 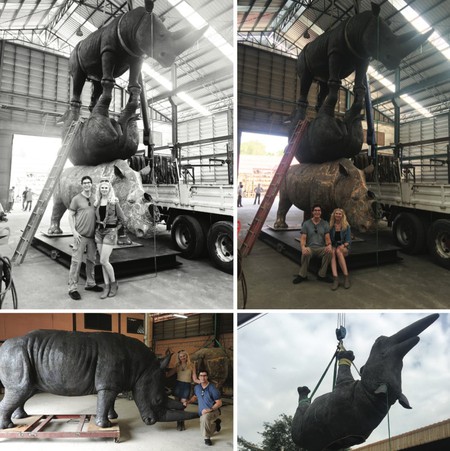 The traveling artist couple raised thousands of dollars to bring awareness to rhino conservation, and refuses to let their memory become lost to history. Their new installation, “The Last Three” in Manhattan will also be used to fuel a petition to the Chinese and Vietnamese governments to help stop the demand for rhino horns.

The couple described the male rhino, Sudan, as “kind, beautiful, gentle, and lonely,” and said they became close with him during their trip to Africa. “He loved being tickled under the belly and in his very thick skin folds…he was a very gentle soul,” but they also pointed out his melancholia. 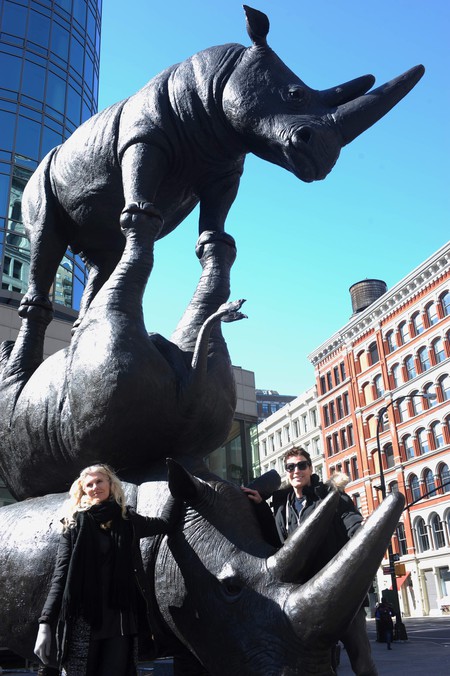 Overwhelmed with “love and grief,” the couple took action by combining art with education. In addition to the central location of “The Last Three” in New York City, they’re also taking their installations to four other global destinations. Melbourne, Australia is next on the list.

They hope to get one million signatures on their goodbye message petition, in honor of Sudan, Najin, and Fatu, in order to “effect real and lasting change in rhino conservation.”

“We wanted to bring ‘The Last Three’ to the city so that people who are unable to meet the rhinos face to face will still be able to develop a connection with these creatures,” the couple writes in an email. “The tricky thing about animal conservation is that animals do not have the ability to communicate with people verbally. They cannot take to social media themselves in order to have their voices heard.” 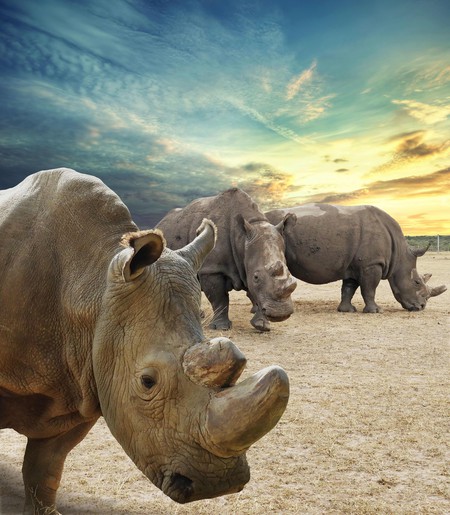 Gillie first discovered her love for art and passion wildlife in Zambia, where she grew up. “I used to draw sketches of the amazing wildlife I saw around me. When I was only a child, an elephant was tragically shot before my eyes. This has impacted me ever since…I grew up with the conviction that I would do everything in my power to protect the planet’s innocent creatures,” she says.

The inspiring, heartbreaking sculpture serves as a reminder that we are all connected on this earth and we must work together to ensure the survival of every living creature on it. “We want to remind the world of the narrative they already know – that of extinction – and we want to engage them in the reality of this tale,” writes Gillie and Marc. “We want the world to connect with the rhinos as the individual creatures that they are, and to understand that there is something each person can do to help protect them.” 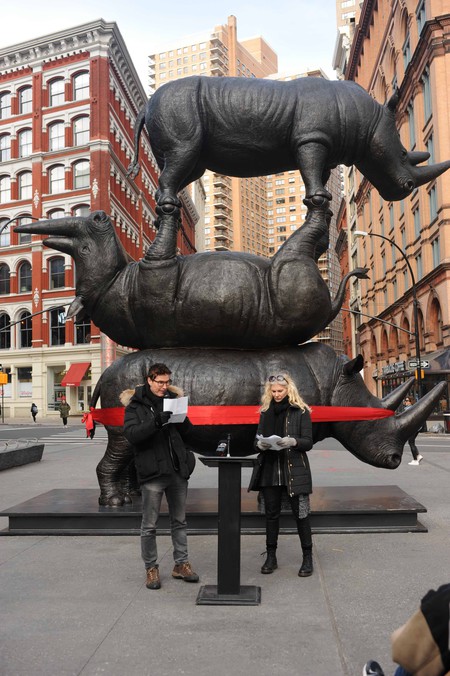 “The Last Three” Rhino Installation in NYC. | © Thomas Hoebbel Photography
Give us feedback