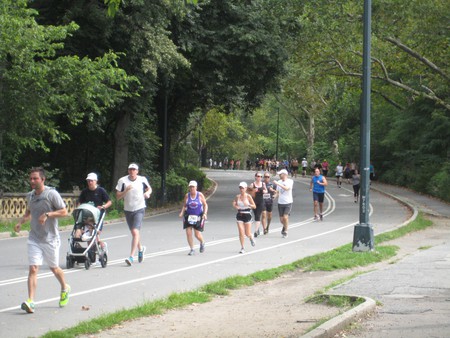 Surrounded by water and featuring various parks and facilities, New York City‘s borough of Manhattan is a fantastic place to run or jog. Culture Trip takes a look at some of its best routes.

An ideal place for sports and activities, Central Park is open 365 days a year and offers a variety of running paths and trails. Runners can jog the 6.1-mile perimeter around the 843-acre park in the middle of Manhattan or enjoy a variety of the park’s paths and views, including the 1.58-mile track around the Jacqueline Kennedy Onassis Reservoir.

Located on Manhattan’s west side, there are 12 miles between Fort Tryon Park and Battery Park City to stretch your legs and endurance out on. The entire run, which encompasses Fort Washington Park, Riverside Park, Hudson River Park and Riverbank State Park, will have you pass through nearly 15 neighborhoods.

A lovely #run alongside the #hudsonriver in #newyorkcity I absolutely, positively, love this #city #runnewyork #instatravel #running #runner #runnerd #brooksrunning #hudsonrivergreenway A photo posted by Craig Newton (@cnewts11) on Aug 5, 2016 at 3:44pm PDT

Bridge, Park
Facebook
Email
Twitter
Pinterest
Copy link
Share
Map View
This walk is part of the East River Esplanade that runs from 90th St. to 125th St. and passes through Carl Schurz Park and Thomas Jefferson Park. Enjoy views of the East River, Roosevelt Island, Randall’s Island and the Willis Avenue Bridge on this trek that’s a little more than two miles.
Give us feedback