Stirred, Shaken and Squeezed: Drinks Experts on the Future of Their Industry 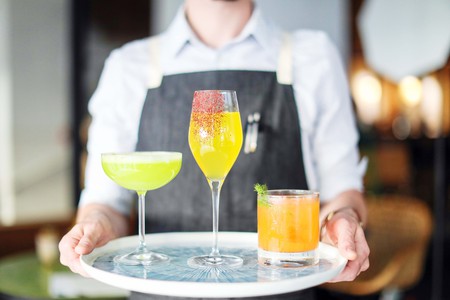 Following the 2018 New York Cocktail Expo, Culture Trip asks five beverage connoisseurs where they draw inspiration from, what’s become trendy over the last couple of years, and what we’re going to be seeing in the future.

In the beverage world, there’s perpetual innovation and change. Some aspects remain constant – a martini is a martini is a martini – but trends come and go, unexpected ingredients become ubiquitous behind bars, and once-scorned spirits come back into fashion decades later. And so, Culture Trip has enlisted the help of five drinks experts – from beverage directors to mixologists – to discover what people will be drinking in the year ahead. 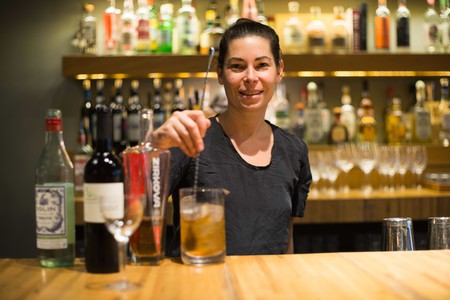 “When Enrique and I sat down to talk about the program, it was important that the bar program emulated what was happening in New York,” Volfson says, adding that the two of them “wanted to showcase Mexican ingredients.” 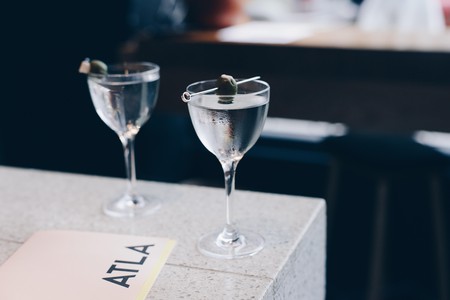 “We use cocktails as a way of showcasing diversity,” Volfson says. “That makes our process a little more unique.”

During the cocktail curation process, Volfson doesn’t limit her creativity: “I look for inspiration in nature, in art. I love thinking about flavors and colors. I love thinking of colors and shadings,” she says.

Despite Volfson’s emphasis on taste and design, she believes future drink trends won’t revolve solely around the beverage itself.

“What I really hope for is a moral compass,” she explains. “We have this wonderful opportunity to partner with brands that are giving back and have that sociological outlook to humanity where we can make a difference.” 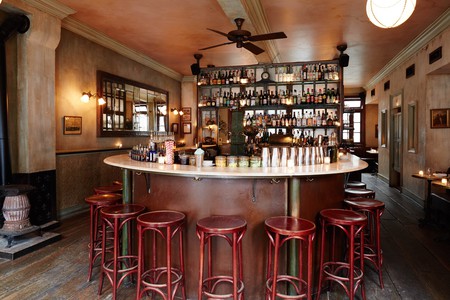 William Elliott has worked at Maison Premiere since the acclaimed restaurant opened eight years ago. He’s the man behind the extensive drinks list, peppered with everything from absinthe cocktails to fully fledged tableside experiences. When tasked with designing a drinks menu, Elliot most frequently turns to classic cocktail recipes.

“Oddly enough, I found that by not doing a ton of original cocktails, but instead focusing on really dramatic reinterpretations of classic cocktails, we really struck something that fit our brand and identity,” he says.

Maison Premiere draws inspiration from Paris, New York and New Orleans, and this can be seen across its drinks menu. The wine list is dominated by French grapes from the Loire Valley, Burgundy and Alsace, while a number of the menu’s beers are bought from Brooklyn producers. The sazerac, a classic New Orleans cocktail, is served tableside, and it comes in three different iterations. 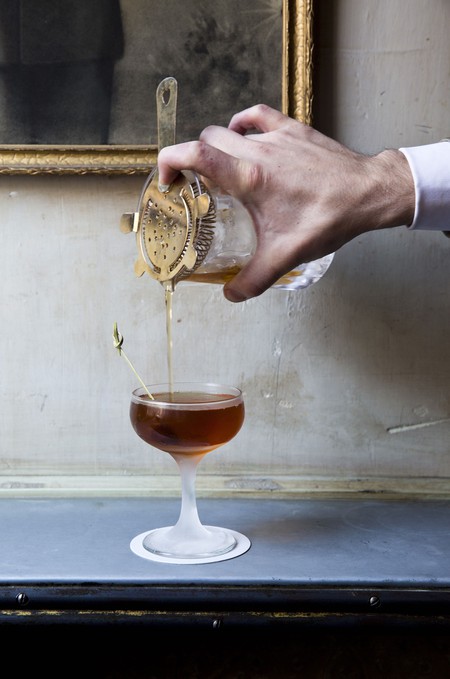 Elliott is most inspired by classic cocktails | © Nicole Franzen

“I’m intrigued by backstory and cultural context,” Elliott says. “There’s a reason why traditions exist for hundreds of years. It’s just shedding new light and exposing these old traditions to our guests.”

Although Elliott relies on history, he surmises that consumers will see an explosion of agave, tequila and mezcal, along with Asian ingredients like soju and other grain- and barley-infused spirits, in the near future.

“There will be a lot more crossover: using beer to make cocktails, wine to make cocktails. You’ll see a lot more cross-pollination,” Elliott says. “Another thing that’s shifting is the de-gendering of drinks. You’re seeing more women drink the proverbial brown-stirred cocktails that would normally be a dude’s drink. And vice versa – you’re seeing dudes order spritz, unabashedly. People are getting more comfortable.” 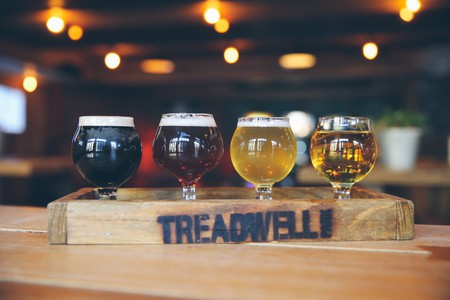 For a long time, Anne Becerra didn’t know beer could get more exotic than Guinness, but eventually became infatuated with her beverage of choice by exploring new flavors and styles.

Nowadays, Becerra spends her days as the beverage director at Treadwell Park, a beer-centric bar with locations in Battery Park City and on the Upper East Side in Manhattan, hand selecting beers to include on the menu. Here, pint glasses overflow with a host of sudsy beers, from Ayinger Bräu Weisse, a Bavarian beer infused with notes of banana, lemon and vanilla, to Interboro Primo, a wheaty IPA tasting of pineapple, bubblegum and lemon zest.

“I want to make sure our menu reflects several different tastes and paletes,” Becerra says. “There are classic blends that have stood the test of time, alongside new and experimental things. Everything we put on should have a story to tell.” 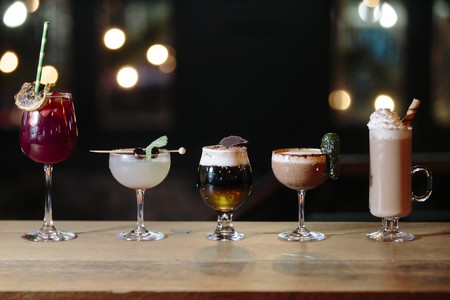 Although Becerra is now a beer connoisseur, she knows a lot of drinkers are not widely educated, as she was once in that position herself.

Becerra has noticed that a number of breweries are beginning to produce their own light beer: delicate versions of Bud Light – those 4 percent beers that you can easily crush. Looking ahead, she believes that beermakers are going to start drawing insight from the food, cocktail and wine industries, and start exploring food and spice flavors that aren’t traditionally seen in beers.

“There’s oatmeal raisin beer,” she says with a laugh. “It’s getting more experimental because there’s no limit.” 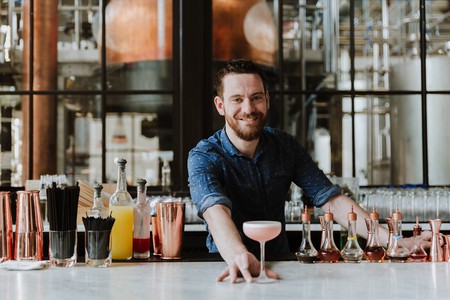 At Spice Finch, Haggerty (above) wanted to infuse fun into the beverage program | © Eric Ashleigh

Michael Haggerty has worked on a number of projects within the Philadelphia beverage scene. He contributed to the opening of a.bar on Rittenhouse Square and The Olde Bar in Old City, and he acted as the opening bar manager for Wm. Mulherin’s Sons in Fishtown. In his latest role as beverage director at Spice Finch, Haggerty’s focus is on standing out.

“I always want to go against the grain and do something a bit different from everybody else,” he says. “I saw that a lot of cocktail bars and restaurants [in Philadelphia] had cocktail programs that were very serious, but I had just done that.”

So Haggerty took a couple of steps back and concentrated on injecting a little fun into Spice Finch’s drinks menu. “People go out and have fun when they go drink,” he says “I wanted to match that and give people that comfortable, playful cocktail program to enjoy.” 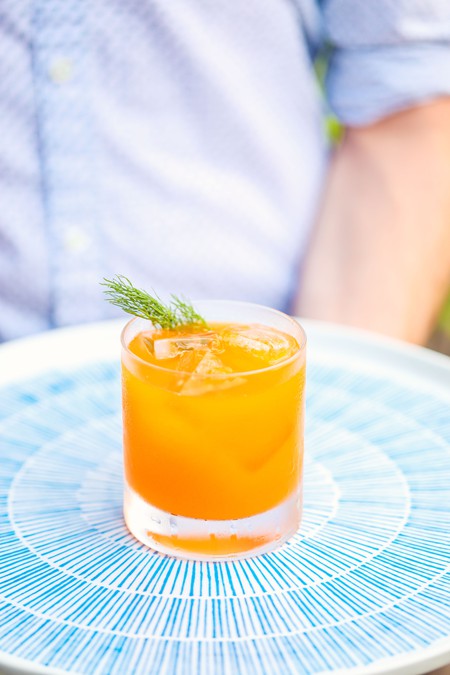 Cocktails are playful and colorful, aligning with the Mediterranean food | © Spice Finch

Although Haggerty has an extensive knowledge of traditional cocktails, at Spice Finch he removes the overarching stuffiness by serving well-established classics out of a frozen-cocktail machine. He’s also developed a new cocktail program called ‘The Redemption Series’. For this, Haggerty takes cocktails and spirits that have previously been maligned and revamps their image with a brand new beverage. Redemption #4, for example, presents Jägermeister tossed with mezcal and rosewater.

Looking at the future, Haggerty believes that any changes will be down to individual bartenders. “People are going to be open to being more adventurous,” he says. “That’s going to be bartender-driven. It’ll be something that’s guided by those adventurous bartenders who seek out the spirits or the crazy amaro that no one’s ever heard of.” 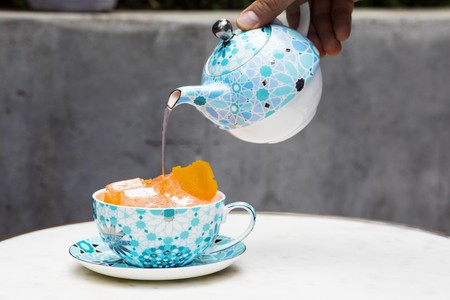 Venture below ground at The Williamsburg Hotel to find a cozy cocktail bar, one flirting with both classic and decidedly visual-driven drinks. Here, mixologist Rael Petit caters to trendy locals as well as visitors staying at the hotel.

Petit’s focus is on both taste and look. The If You Like Pina Colada cocktail is prepared in a cat cup, and mixes Kikori whiskey, Singani 63 (a Bolivian spirit infused with CBD oil), lime, pineapple and smoked coconut. The Coco Rose is served out of a coconut, while the Les Gnomes arrives in a copper gnome-shaped glass. 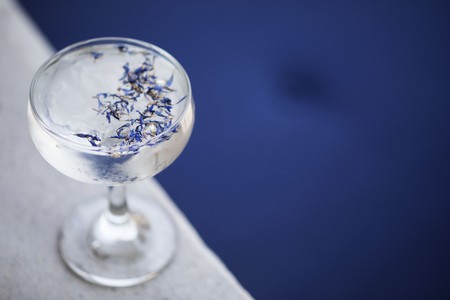 According to Petit, customers have become more adventurous in the kinds of drinks they order | © The Williamsburg Hotel

Petit has been a bartender for over 15 years, but he takes inspiration from the kitchen. “I used to cook a lot,” he says. “I worked with some amazing pastry chefs that introduced me to so many fun techniques.”

According to Petit, every new generation brings a big change in the bar and restaurant world. These days, Petit sees customers becoming more audacious in what they order.

“I first started bartending in the Sex and the City days. Guests were going into restaurants mainly because of the scene, and they were drinking cosmos and vodka sodas,” he says. “The new generation of drinkers want craftsmanship, which includes making great cocktails but also serving spirits with a story behind them.”