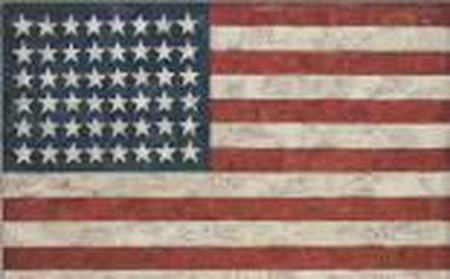 Robert Rauschenberg and Jasper Johns were pioneering post-war artists. Through their depiction of banal objects found in everyday life, the two sought to subvert the myth that all artists are visionaries – a misconception that arose in relation to Abstract Expressionism – and in doing so, they precipitated the Pop Art movement of the 1960s. 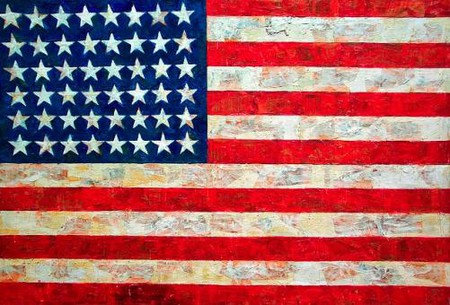 When Jasper Johns painted Flag (1955), the dominant trend in the then-contemporary art world was Abstract Expressionism. Abstract Expressionist theory supposed that each work of art was equal in uniqueness to the individuality of the painter, whose signature brushstroke or preferred color palette would constitute the work itself. Paintings were not objects in and of themselves, but they were directly connected to the artists who produced them.

In many respects, this theory was a return to the overly romantic vision of what ‘the artist’ represents. Following tremendous efforts by early 20th century artists like the Dadaists and the Surrealists to deconstruct art and strip it bare, it seemed the industry had, yet again, begun to take itself too seriously.

In response, Jasper Johns and Robert Rauschenberg began producing works that performed an iconoclastic duty by removing from them the artists’ being. The main feature of this new school of thought was the bold display of everyday objects with nonchalance. While each artist possessed a wildly different aesthetic, what remained constant was the shared idea that banal objects and minimal shapes could actually take on artistic meaning. 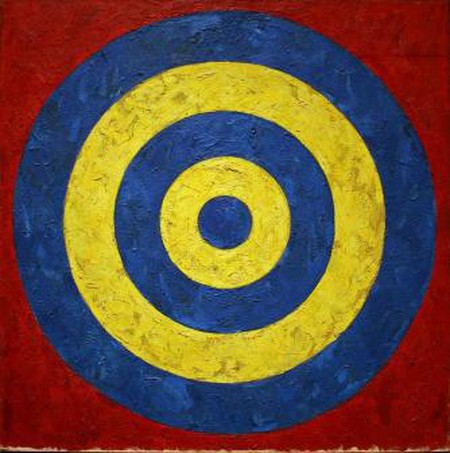 When Johns painted Flag he started questioning, like many before him, what it was that determined the status of a work of art. Johns and others wondered if the act of painting alone produce a painting and if this ensured the creation of an automatic link between the painting as an object and its meaning? This was a serious aesthetic investigation into how an object’s meaning could be constituted by their material and their making.

Johns wanted to observe the play between the image and the medium. This was the reason why he often repeated imagery, reworked it in different colours and different materials. Through this investigation Johns raised an intellectual point about how a mark, a simple textural incident could hold meaning. He questioned if a conventionally mass-produced object could become meaningful, or become for that matter art, when produced by an artist. If it was the artists’ hand that made the artwork into what it was, then why were the critics so outraged? Johns was cleverly mocking the Abstract Expressionists by wholeheartedly following their credo. The apparent lack of an idea behind Johns’ paintings, or the use of everyday objects as they are, was aimed at negating the artist’s hand. 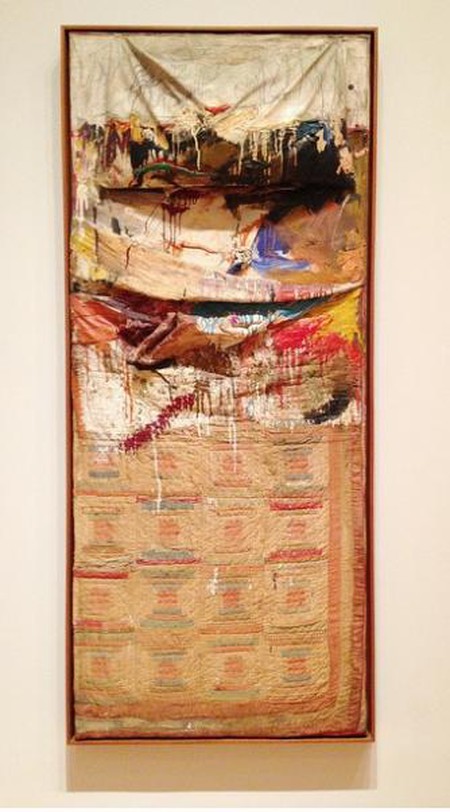 In the meantime, Rauschenberg’s counter-Abstract Expressionist art started out as a series of experimental projects, slowly evolving into works he would call Combines – syntheses of painting and sculpture incorporating everyday objects. In contrast to Johns’ works, the objects in Rauschenberg’s Combines preserved their specific functional character. Though Rauschenberg and Johns both borrowed from the readymades of Duchamp, it can be argued that Rauschenberg did so to a lesser extent, as he was not necessarily interested in playing a pun-like trick with his objects.

Rauschenberg’s Combines remained messy and disorderly, refusing to resolve into a logical form that conveyed the aloofness of Pop Art. This was the chief difference between Rauschenberg and Johns. Though Rauschenberg was expressive, he believed in the inherent banality of expression; he objected to the supposed transcendence achieved through the existential conflict the artist has with his materials.

Rauschenberg’s method of removing himself from his works was a more palpable revelation of the creation process. His works, even in their final state, displayed the process by which they were made. An assemblage, or an automobile tire print, both exhibited first-hand how they had come to life. The kind of iconoclasm that Rauschenberg performed (beyond the rather conceptually self-explanatory Erased De Kooning Drawing) was one where he instigated the destruction of an artwork. This was destruction because as soon as it was created, it no longer belonged to anyone. They were a cluster of objects that, simply by continuing their existence as everyday objects, denied any connection to a creator. In this way, Rauschenberg proclaimed himself a liar every time he put together a Combine.

Rauschenberg and Johns differed with regards to the artist equals artwork equation; while Rauschenberg disregarded the artist, Johns got rid of the artwork. Rauschenberg did so by producing work that did not necessitate any particular artist, while Johns achieved his goal by creating art that, by virtue of its subject matter, was incongruous with its concept as a work of art. The artists remain similar for their mutual interest in the use of everyday objects to mark the disruption that arose between the object and its status as a work of art.