Pigeons: The Intriguing History Of An Artist’s Muse 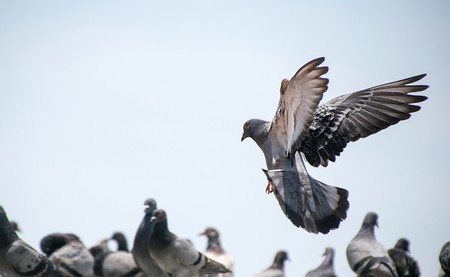 The pigeon has taken on many roles throughout history: a religious symbol, a messenger, a war hero, a domesticated pet and an artist’s muse. Here we explore the intriguing history of pigeons and how they became a common subject matter in art.

Most people consider pigeons to be a civic nuisance; even using the term ‘rat with wings’, a common prejudice that overlooks the bird’s fascinating history and great debt that man owes them. The pigeon and dove make up the bird family Columbidae, which includes over three hundred species. The terms ‘pigeon’ and ‘dove’ have been used interchangeably, and has been subject of an age-long confusion when referring to the famed bird. The word pigeon derives from the Latin pipio, which means ‘peeping chick’ and tends to be used for the more mundane matters such as sports, fancy breeds and culinary uses.

‘Dove’ derives from the German word that refers to the bird’s flight, and is traditionally used in aesthetic contexts like religion, literature and art. The term ‘dove’ tends to be used for smaller species, while ‘pigeon’ is used for larger ones, however it is not consistently applied. The species most commonly referred to as the pigeon is the rock dove, which is found in most urban cities. It is believed that due to the extremely malleable traits and breeding between white doves and wild pigeons, that even the average bird has an amazing variety of colors. It is believed that pigeons and doves are the most common birds in the world, the only places that they do not inhabit is the Sahara Desert, Antarctica and the Arctic. 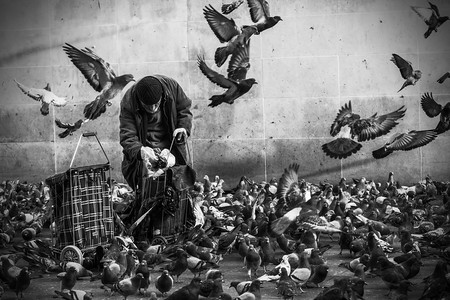 Pigeons have existed alongside humans since Mesopotamia dating back to 3000B.C. and have been included in writings and paintings since that time. The first reference to the pigeon (dove) was in the Old Testament, in the story of Noah’s Ark, and later in the New Testament during the baptism of Christ where the dove descended as the Holy Spirit, a common image used throughout Christian art. Pigeons also serve as religious symbols for Muslims, Hindus and Sikhs. In the ancient Near East and Mediterranean, doves were used to represent the goddesses Ishtar, Venus and Aphrodite. 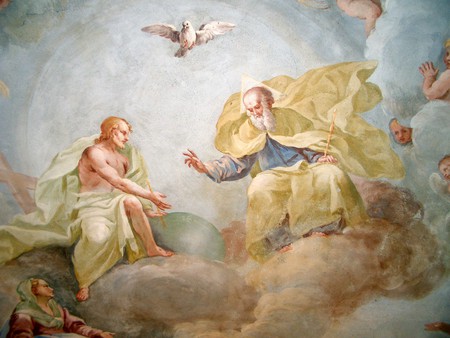 Pigeons have proven their usefulness over the years as successful messengers and even war heroes. In Roman times the pigeons were used to carry the results of sporting events, like the Olympics, and white doves are still released at the start of the Olympic games to commemorate the feat. The first large-scale communication network using pigeons as messengers was established in Syria and Persia around 5B.C. The news agency Reuters was started in 1850 with 45 pigeons carrying news and stock prices from Germany and Belgium. Pigeons have also been used extensively during wartime and have been credited with saving hundreds of thousands of lives by carrying messages across enemy lines. The Dicken Medal has been awarded to 32 pigeons for war contributions during World War I and II. 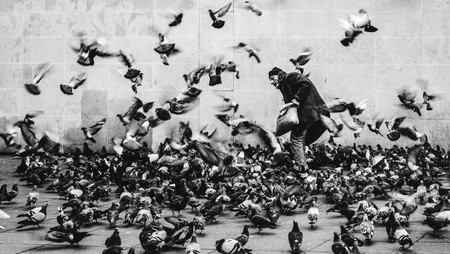 The pigeon’s skill as a messenger has attracted many artists over the years. Duke Riley, an artist living and working in Brooklyn, New York has used pigeons in multiple projects. In 2013, in Riley’s exhibition Trading with the Enemy, the pigeon’s highly esteemed navigational skills were put to the test. He trained 50 homing pigeons to fly from Havana, Cuba to the Florida Keys – half were carrying cigars and the rest carrying video cameras to record the journey. The group of pigeons carrying the cigars was named after notorious smugglers like Pierre Lafitte, Minnie Burr and Pablo Escobar. The group of pigeons carrying the video cameras was named after directors who have had trouble with the law, including Roman Polanski and Mel Gibson. The final exhibit, shown at the Chelsea Gallery MagnanMetz, included the video footage, the smuggled cigars, the birds that were a part of the mission and a painted portrait (mug shot) of each of the birds.

Riley’s most recent project, ‘Fly By Night’, a performance piece presented by the non-profit organization Creative Time, pays homage to pigeon keeping, sport, service and companionship of pigeons. Riley trained 2,000 pigeons to do a 30-minute choreographed flight over the Wallabout Bay at the Brooklyn Navy Yard with LED lights attached to their legs. The lights were described as constellations speeding through the sky and led to sold-out shows throughout the exhibition run. 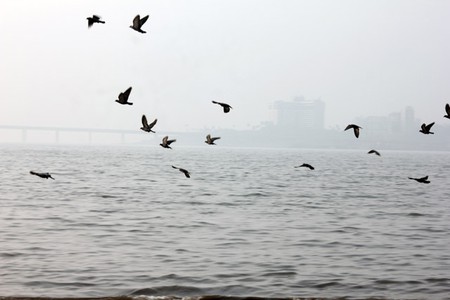 Another use of live pigeons in art was Ann Hamilton’s The Event of a Thread at the Park Avenue Armory in 2012. The exhibition used multiple materials and time-based performances throughout the day to reference the building’s architecture and the gatherings that have occurred during its history. At the end of each day the pigeons were released to fly around the space and ‘home’ to a large cage at the back of the hall.

The pigeon has attracted the fascination of many famous people over the years. Queen Elizabeth of England has lofts and pigeon keepers at her estate in Sandringham. Maurizio Gucci, the fashion designer was a pigeon fancier who had reportedly spent $10,000 on one single bird. Mike Tyson, the former boxer and heavyweight champion has owned thousands of pigeons, and has become an acclaimed pigeon racer, a popular sport throughout the world.

Another famous friend of pigeons was Pablo Picasso who even named his daughter Paloma, the Spanish word for pigeon and dove. Picasso’s father, José Ruiz y Blasco, was a pigeon fancier, so he grew up around the birds and learned to paint by using them as a model. 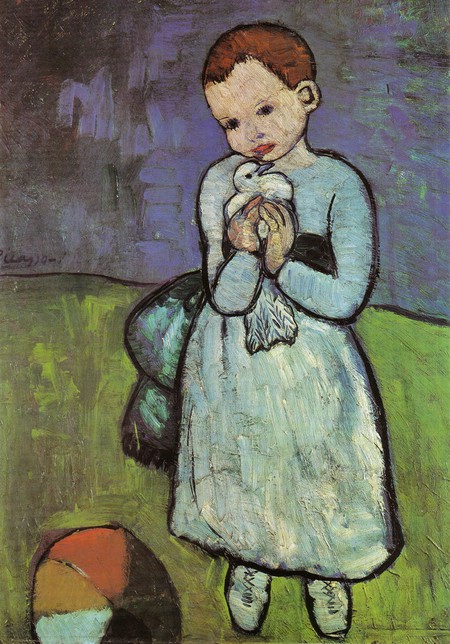 Pigeons were a common theme throughout Picasso’s prolific career, first appearing in his 1901 painting ‘Child with a Dove’. Author Louis Aragon chose Picasso’s lithograph ‘La Columbe’ for the poster commemorating the Peace Conference in Paris, which led to the bird becoming the symbol for the peace movement, the Communist Party and other liberal groups. Picasso’s friend, Henri Mattisse, owned the dove that was used as the model for the lithograph. After Matisse died, a distraught Picasso painted ‘The Studio (Pigeons)’ in his style as a tribute to him and their mutual love of pigeons. The pigeon also appeared in Picasso’s Cubist period in ‘The Pigeon Pea’, 1911–1912, and ‘Woman with Pigeons’, 1930.

While the pigeon might be a civic nuisance to some, it’s clear why it is a fascination to others. Their adaptability, intelligence and navigational skills have led to their inclusion in art throughout history.