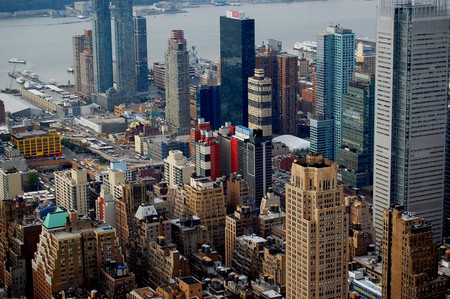 Amongst the towering skyscrapers of NYC, a vast cultural history emanates from sprawling warehouses and hidden spaces that have helped define the city as the epicentre of the art world. Inspiration abounds from all corners of Manhattan with blue-chip galleries in Chelsea and the Upper East Side, while cutting-edge dealers pioneer emerging talent in the Lower East Side and SoHo. This list pays homage to the visionaries who shaped this artscape and highlights new players representing the city’s evolving future. 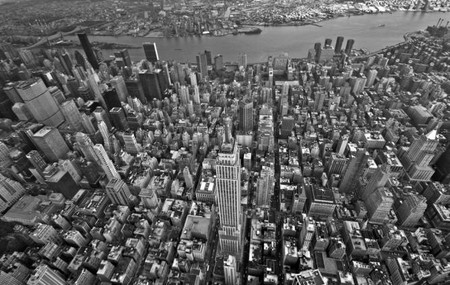 Arguably the most prominent dealer of our time, Larry Gagosian opened his first New York space in 1985 and owned a gallery with renowned dealer Leo Castelli in SoHo until 1996. Castelli and Gagosian helped define the glamorous SoHo gallery scene that would transfer to Chelsea in the early aughts. He represents and supports some of the most important post-war and contemporary artists including Yayoi Kusama, Richard Serra, and Jeff Koons while also mounting important historical surveys of noted artists such as Jean Michel-Basquiat and Lucio Fontana. Known for his grand, immaculate spaces, Gagosian currently has five gallery outposts in New York City alone with nine more spaces internationally. His prowess, keen eye, and consistent blockbuster exhibits have earned him a spot in history as one of the first mega dealers of the global contemporary art market.

David Zwirner emerged onto the New York art scene during the SoHo era opening his first space in 1993. In the past two decades, he has moved to Chelsea, expanded from one location to three in Manhattan, and opened a space in London. His newly renovated buildings exude contemporary immaculate grandeur, drawing crowds for both his noted historical shows and high-profile contemporary installations. Considered one of the most influential players in the art world, Zwirner represents established artists such as Lisa Yuskavage, Donald Judd, Christopher Williams, William Eggleston as well as the estates of Gordon Matta-Clark and Dan Flavin to name a few. He continues to pioneer and support emerging artists with infamous newcomer Oscar Murillo now among his roster of established talent. 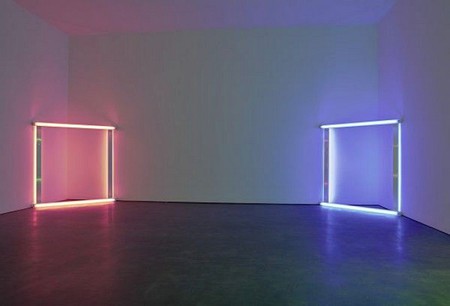 Native New Yorker Marian Goodman opened her gallery on the Upper East Side in 1977. Maintaining this outpost while watching the gallery scene migrate downtown to SoHo then west to Chelsea illustrates the loyalty of her following and importance as a New York art world anchor. Starting from modest means and good intentions, Goodman aimed to exhibit artists unrepresented in New York City and is known for her ability to identify and cultivate good talent providing her artists with unwavering long-term support. Her roster includes established talents Gerhard Richter and John Baldessari as well as younger artists Adrian Villar-Rojas and Danh Vo. Grounding her exhibits in critical contemporary theory, visit her gallery to see theoretically stimulating shows that are simultaneously visually pleasing.

Art Gallery, Museum
Facebook
Email
Twitter
Pinterest
Copy link
Share
Map View
Risk-taking avant-garde dealer Gavin Brown began his foray into the New York art scene during the early 1990s by mounting guerilla exhibits in uncanny places. An artist in his own right, Brown has created a space for experimental, conceptual art to flourish. He represents relational aesthetics pioneer Rikrit Tiravanija who is known for cooking and sharing meals as well as art world renegade Urs Fischer who once dug a hole in the gallery for a solo show. His current space, called Gavin Brown’s Enterprise, is a short walk from the New Museum. In addition to this outpost, Brown has a project room in his Harlem townhouse and in 2015 opened a gallery in Rome. All of Brown’s spaces serve as a social hub for experimentation where the definition and meaning of art is constantly reimagined.

Nicholas Acquavella founded Acquavella, a cornerstone of the New York art scene, in 1921. Over the years Acquavella has specialised in Italian Renaissance, Impressionism, Abstract Expressionism, and Pop Art. This unwavering longevity pronounces them as a key player in the dealings of modern art, which can be seen through their noted historical shows by artists like Jean Dubuffet and Wayne Thiebaud. Recent exhibits by contemporary artists Damian Loeb and Enoc Perez illustrates their eye for future talents and continued foray into the contemporary market. Acquavella has occupied their current space, a picturesque townhouse on the Upper East Side, since 1967. 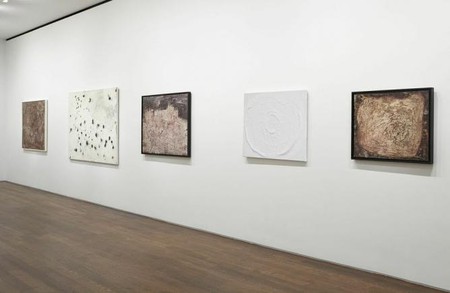 Building
Facebook
Email
Twitter
Pinterest
Copy link
Share
Map View
Austrian native Simone Subal is a recent addition to the growing Lower East Side gallery scene. Her modestly sized space opened in 2011 on the second floor of a nondescript building at the edge of Chinatown. She hopes the location will inject meaning and discovery back into the gallery experience. Simone Subal consistently mounts engaging, critical shows of young emerging artists such as conceptual minimalist Sam Ekwurtzel and abstract painter Sonia Almeida. Her own background in curatorial studies is evident in the gallery’s expertly curated group shows where more established names like Uri Aran and Joan Jonas appear. Subal’s exhibits, chosen with evident knowledge of the emerging contemporary scene, are meant to provoke thought staying with the visitors after they reenter the throngs of people outside in bustling Chinatown.

Building, Art Gallery
Facebook
Email
Twitter
Pinterest
Copy link
Share
Map View
An early pioneer of the LES gallery scene, Rachel Uffner opened her first space in 2008, and recently moved from her original Orchard Street location to her current outpost on Suffolk Street. The newly renovated building has an airy, garage aesthetic that combines Chelsea chic with downtown vintage. Over the years she has accrued a roster of 11 promising emerging artists including Sam Moyer and Vlatka Horvat. Moreover, this summer they made a foray into the established practice of presenting historical shows with their group exhibit The Crystal Palace that contains works by Joseph Cornell and James Rosenquist. This venture, coupled with her artists’ rising acclaim, further solidifies Rachel Uffner as a gallery to watch. 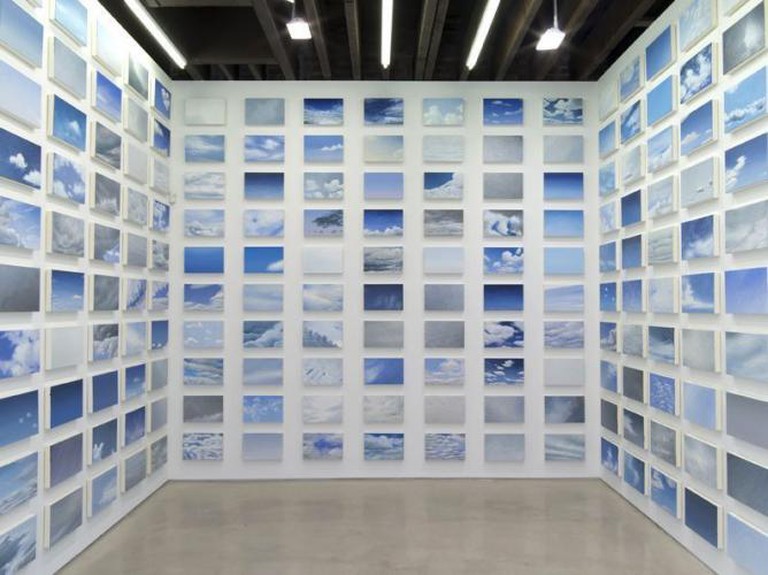 Cynthia Daignault, I love you more than one more day, 2013, Oil on linen, 365 parts: 10 x 15 inches each, Inv# CD080 | Courtesy Cynthia Daignault and Lisa Cooley
Lisa Cooley, another Lower East Side pioneer, opened her space in 2008 after working with established dealers Andrea Rosen and Nicole Klagsburn. Anchoring her space with a heavy conceptual program, Lisa Cooley is known for untraditionally mounted exhibits. Do not be surprised to see paintings sitting on the floor or casually leaning against the wall. This approach imbues her space with an artistic element of discovery and chance. Her solo shows of mid-career artists Scott Reeder and emerging talent Cynthia Daignault have garnered press while her carefully crafted group shows invariably draw acclaim. Lisa Cooley’s consistency and experimental attitude have helped define the neighbourhood’s gallery scene.

Market
Facebook
Email
Twitter
Pinterest
Copy link
Share
Map View
Run by artist Margaret Lee and boyfriend Oliver Newton, 47 Canal has gained a steady following since opening in 2011. Lee’s first space at 179 Canal existed more as a party project, and despite only running for two years, this original outpost helped precipitate a group of like-minded artists. 47 Canal represents artists who explore how the intersection of technology and contemporary culture is changing humanity, with this heavily weighted topic transferred into a visual language by artists Josh Kline, Michele Abeles, and Antoine Catala to name a few. Lee and Newton make the artist a first priority, encouraging experimentation devoid of market constraints. Their ever-evolving Chinatown space is a centre for cutting-edge talent on the verge of art world stardom.

Art Gallery
Facebook
Email
Twitter
Pinterest
Copy link
Share
Map View
This small one-room gallery tucked down an alley prefers to be understated. Ramiken Crucible was founded in 2009 and is run by Mike Ursuta and Blaize Lehane. Their no fuss exhibits, devoid of standard press releases or wall text, have one agenda – to exhibit new art by emerging artists. This derisive attitude and persistence coupled with their ability to identify rising talent has championed young artists Andra Ursuta, Elaine Cameron-Weir, and Gavin Kenyon, among others. They all represent a new genre of contemporary industrial sculpture that alludes to the changing theoretical discourse around the body in a technological age. Despite the simplicity of their space and outsider location, Ramiken Crucible has garnered international and critical attention.
Give us feedback