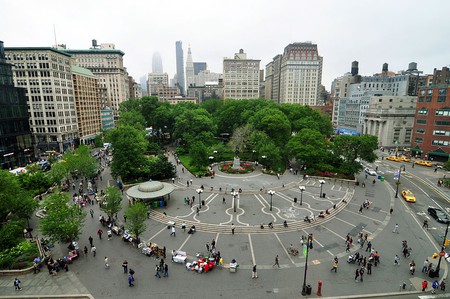 Have you ever been through Union Square in Manhattan and wondered, ‘what are all those giant numbers on the side of that building just above the Best Buy?’ Most people who have seen Union Square have wondered this, and the answer is it’s ‘Metronome’: a large public art installation by Kristin Jones and Andrew Ginzel. It’s also a clock, technically, but more on that later. The installation was made in 1999 and was commissioned by Related Companies – a private developer of Union Square – and the $4.2 million they put into the project makes it one of the most expensive private commissions of public art in history.

Despite being commissioned by a private developer, ‘Metronome’ is very much a public art work. Both the Public Art Fund and the Municipal Art Society backed it, and of course its placement outside in Union Square means that anyone passing through the area can – and must – see it. This makes it subject to more responses and potential ridicule than other works of art, for not only can critics respond, but the public can give its reaction too. 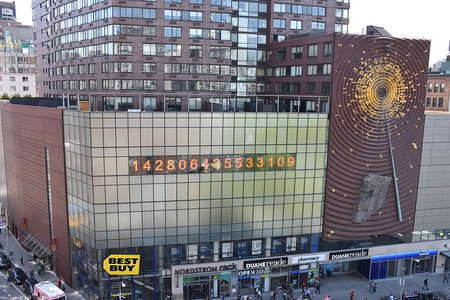 The first response to ‘Metronome’ is often confusion. It’s not clear that it’s a work of art, and even if it were, the numbers are still an enigma. First and foremost, ‘Metronome’ is a clock. It consists of 15 LED digits, illustrating time in a unique way. The first seven digits show time straightforwardly – with the first two digits expressing the hour, the second two expressing the minute, the fifth and sixth digits expressing the second, and the seventh digit showing the tenth of the second. That’s simple enough, but what are the following seven digits? They also tell the time, but they do this by telling the amount of time remaining in the 24-hour day. The eighth digit tells the hundredths of a second left in the day, followed by the tenths of a second, the seconds, the minutes, and the hours remaining. In a sense it works as a digital hourglass, showing both the time passed and the time remaining. Along with the clock (called ‘The Passage’), ‘Metronome’ includes a circular space from which puffs of white smoke erupt at noon and midnight. 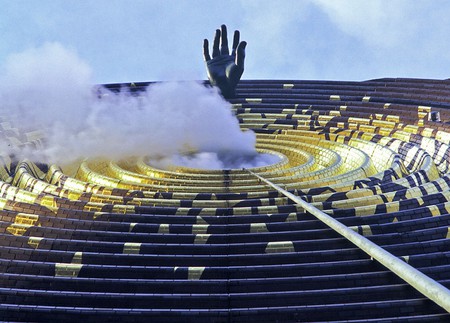 The Puff of Smoke from ‘Metronome’ | © Wikipedia Commons

In their artist statement, Jones and Ginzel expressed how the work is meant to discuss the complex nature of time in our lives. It’s meant to make us think about time passing by – particularly in such a fast-paced city – and about both the ‘instant and infinity’ of time and to draw our attention to the present, fleeting moment.

As mentioned earlier, public works of art are necessarily subject to the public’s reaction, and ‘Metronome’ has not been well received. Anyone who’s seen it will tell you it’s not particularly ‘beautiful’; that it’s an industrial mark on an already industrial space. Even Kristin Jones has stated that it’s ‘the most unloved piece of public art in the city’, and a critic from The New York Times said it was ‘just some space in a box with a leaky hole’ while it was ranked #2 a list put out by the New York Post of ’10 buildings we love to hate’, saying it’s a ‘grotesque modern nightmare’. It was also called a ‘Fail so big…no one can do anything about it’ by the New York Observer.

Overall, it’s been considered ugly, bizarre, and confusing, and an oversimplification of the far too complex theme. But perhaps, in a way, its confounding nature and its unavoidable presence are precisely reflective of what it’s about: time. Like the passing of time, it’s something we don’t understand and don’t always like, but it’s there – it’s happening – unavoidably in our lives.