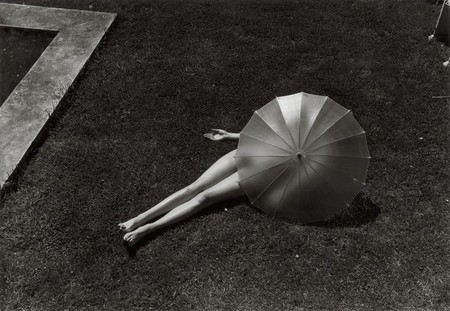 In 1933, photographer Martin Munkácsi made history and changed the world of photojournalism forever when he took the first spontaneous fashion photograph for Harper’s Bazaar on a Long Island beach. Throughout the 1920s and 1930s, this little-known Hungarian photographer shot some of the most captivating people and events of his time, and his work influenced some of the greatest photographers in the world, from Richard Avedon to Henri Cartier-Bresson to Edward Steichen. Read on for a closer look at Munkácsi’s life and revolutionary works.

Munkácsi was born in 1896 in Hungary, and served in the Austro-Hungarian Army during World War I before beginning his journalism career in Budapest in 1921. He was contributing sports articles to the local newspaper, Az Est, and was required to provide his own photographs, so he began shooting soccer games and other sporting events.

What made Munkácsi different from his peers was his ability to capture action in a way no one was doing at the time. In Munkácsi’s own words, “To see in a thousandth of a second what indifferent people come close to without noticing – that is the principle of photographic reportage. And in the thousandth of a second that follows to take the photo of what one has seen – that is the practical side of reportage.” Within a year, he was promoted from sports photographer to photojournalist. 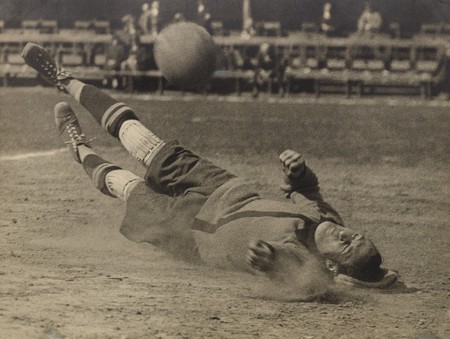 In 1928, he moved to Berlin and began working for several different magazines covering stories in Germany as well as major cities all over the world. In 1933, Munkácsi covered the historic Day of Potsdam, capturing Hitler and the new Minister of Propaganda, Goebbels. These were some of the last photographs that he took in Germany, as the press began to fall under the influence of the government in the late 1920s and early 1930s.

Munkácsi was a Jewish photographer working for Jewish-run publications, which, at this time, meant his livelihood and his life was at great risk. That same year, while on assignment in New York, Munkácsi did a shoot for Harper’s Bazaar, which would end up not only leading to an opportunity that would save his life, but would also change the world of fashion. 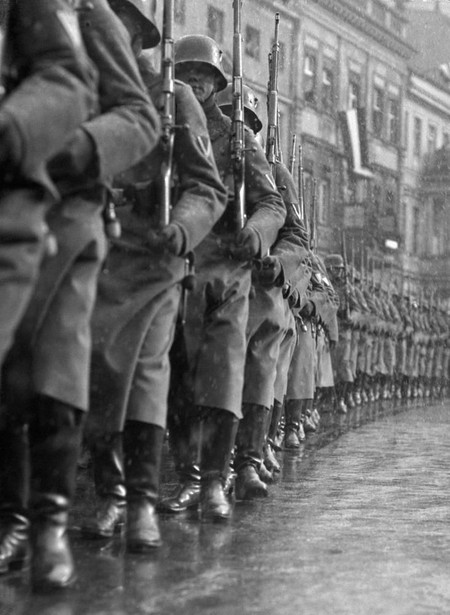 Martin Munkácsi, The German Army Marches Out, 1933 | Courtesy of Ullstein Bild and International Center of Photography

Munkácsi brought the same action and spontaneity that he captured in his sports photography to the pages of fashion magazines. At this time, fashion was only photographed in studios; entirely staged, where models were posed like mannequins. Thus Munkácsi’s 1933 photograph of Lucile Brokaw in action – running down the beach – was revolutionary, and considered by many as the start of true fashion photography. In bringing action to the set of a fashion shoot, he was able to capture the vitality and zest of the all-American woman in a way that no one else had before. After taking that groundbreaking photograph, Harper’s Bazaar editor Carmel Snow made Munkácsi a job offer, allowing him to move to New York and escape the growing danger in Germany. 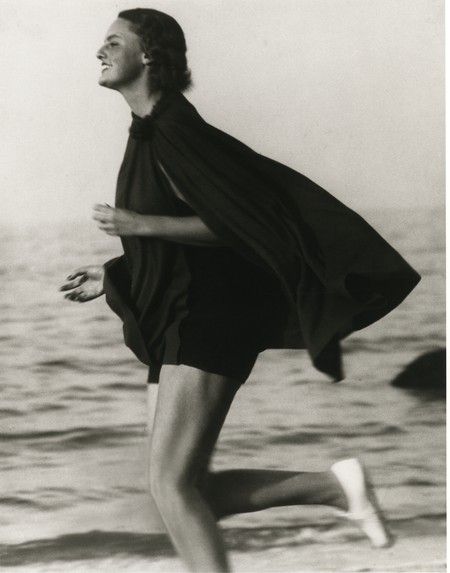 Martin Munkácsi, Lucile Brokaw on a Long Island Beach, 1933 | Courtesy of the Collection of F.C. Gundlach and International Center of Photography

Once in New York, Munkásci went on to contribute many famous photographs to the fashion world, including the first nude published in Harper’s Bazaar. He also worked at Life and Ladies’ Home Journal, which allowed him to bring his style to photographs of Hollywood stars. Rather than staging traditional poses for the camera, Munkácsi inspired stars to dance, jump, and twist, infusing the photographs with personality and energy. 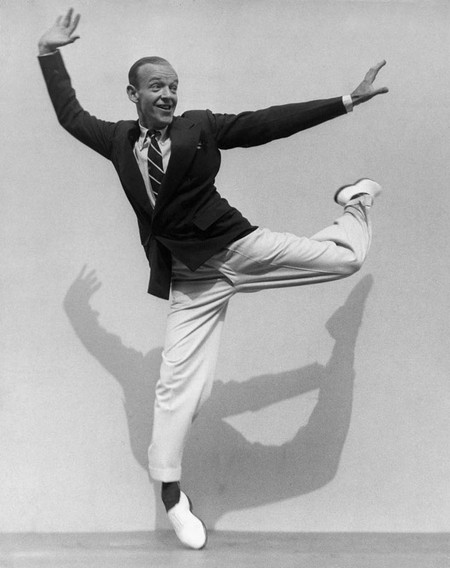 Martin Munkácsi, Fred Astaire on his Toes, 1936 | Courtesy of the Collection of F.C. Gundlach

In a poetic ending to his career, Munkásci’s last published photograph was in Harper’s Bazaar in 1962, a year before he died. It was a woman on the beach in a black headscarf, and it was strikingly similar to the 1933 photograph that changed his life. 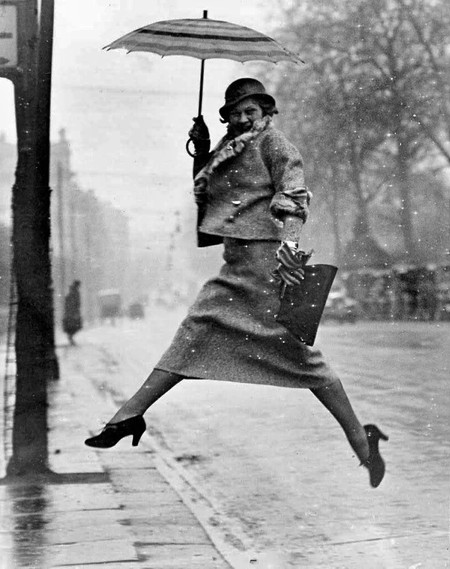 Munkácsi inspired generations of famous photographers that came after him, and this could not be more evident than in the quotes of Richard Avedon. After Munkásci’s death, Avedon stated, “Today the world of what is called fashion is peopled with Munkácsi’s babies, his heirs. It was my first lesson in photography, and there were many lessons after, all learned from Munkácsi, though I never met him. He brought a taste for happiness and honesty and a love of women to what was, before him, a joyless, lying art.”

The influence of Munkácsi can still be seen today on the pages of every fashion magazine.