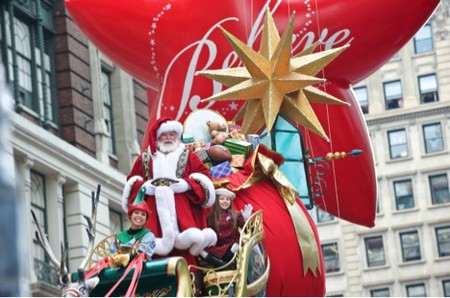 Complete with its incomparable balloons, floats, and routines performed by entertainers from clowns to the biggest stars in Hollywood, the annual Macy’s Thanksgiving Day Parade is as fundamental a part of this holiday as is turkey and cranberry sauce. The tradition will continue in a couple of weeks for an ever anticipated, carefully constructed 89th year. As a tribute to this event, we explore how it first came to be all those years ago. 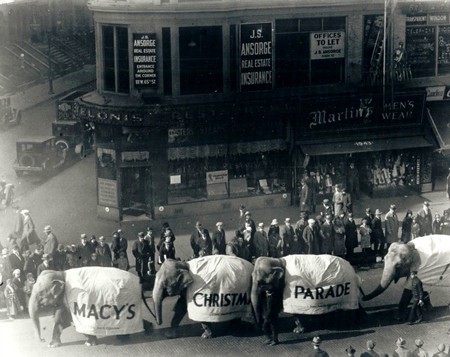 For 88 years, Macy’s has done the impossible: taken our minds off of food on Thanksgiving Day for three solid hours with festivities beyond our imagination. Each year the annual parade helps everyone across the nation welcome in the holiday season with excitement and eager smiles. However, because it has been around so long, we seem to have become so accustomed to the parade and its recurring presence that it is quite easy to overlook the years and years of history behind the much admired event, which first took place in 1924. 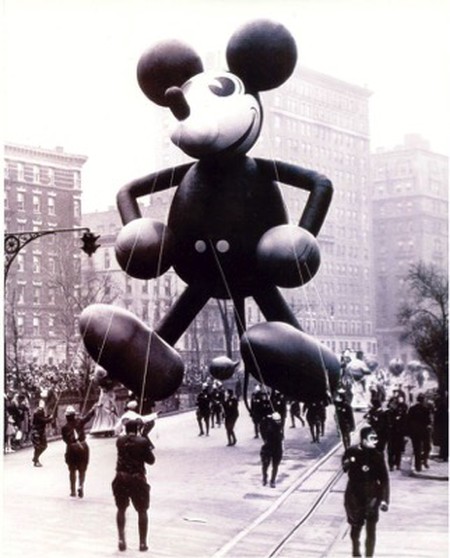 The idea of the Thanksgiving Day Parade originated in Newark, New Jersey by the incredibly charitable and humble Louis Bamberger. After the businessman sold his exceptionally successful Bamberger’s department store to Macy’s, the parade was moved to New York City. True to the explosively celebratory nature of the Roaring Twenties, the employees of Macy’s were eager to create an occasion spectators wouldn’t soon forget.

At 9 AM on Thanksgiving Day in 1924, starting at 145th Street, the employees of Macy’s began the first of what would become many marches, dressed in the most vivacious costumes and accompanied by numerous floats, professional musical acts, and live animals borrowed from the Central Park Zoo including lions, tigers, bears, and yes, even elephants for what was then called the Macy’s Christmas Parade. The participants of the parade undertook a 5.5 mile trek all the way to 34th Street and Herald Square, where the celebration ended with the crowing of Macy’s ‘Jolly Old Elf’ as ‘King of the Kiddies.’ As with most great occurrences, the parade was met with such surprising success, as hundreds of thousands of onlookers supported and relished in the event, that Macy’s professed it would become an annual tradition. 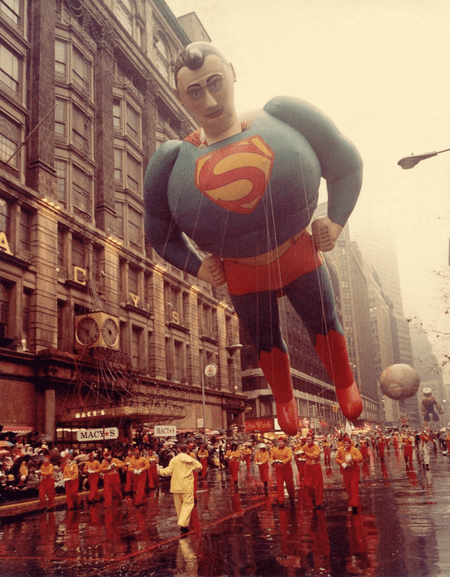 With each year, the parade continued to expand and transform with the changing times. In 1927, thanks to the famous German-American puppeteer, Tony Sarg, the live animals from the Central Park Zoo were replaced with his astounding larger-than-life animal balloons. This would begin Macy’s unbelievable history of innovation, pushing the limits of creativity with parade balloons, ‘falloons,’ ‘balloonicles,’ and ‘trycaloons.’ Although this realm is now known as an expertise of Macy’s, the beginnings were met with their fair share of bumps and obstacles as designers experimented with air versus helium, and how to safely release the balloons at the end of the event.

From 1929 to 1931, the practice of releasing the balloons was very true to the holiday ‘giving’ spirit. After the balloons were released, those lucky individuals who found and returned them were rewarded with a $50 gift certificate to Macy’s. However, the practice was ended after one balloon found itself attached to the propeller of an airplane attempting to catch and return it. Thankfully, the plane safely landed, but sadly we will never know the joy of finding a giant Macy’s balloon in our backyard. 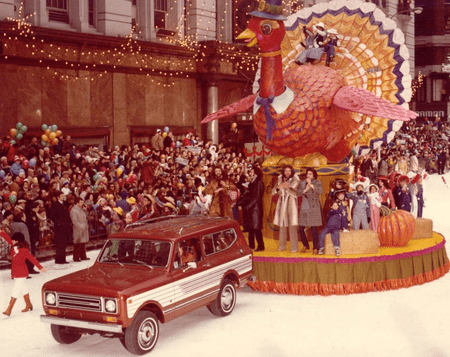 With the growth of the parade came the growth of the audience, with millions of admirers either making their way to physically view the spectacle, or listening to the celebration on local radio broadcast. However, the merriment of these festivities was sadly put on hold from 1942 to 1944 due to World War II. The parade quickly resumed in 1945, and was met with prominent nationwide acclaim after footage of the 1946 event was featured in the 1947 film, Miracle on 34th Street. The parade first came to network television in 1948, and is now viewed on NBC by millions of fans every year as a tradition for Thanksgiving morning. 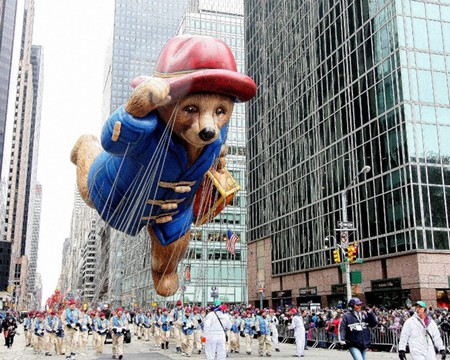 PADDINGTON™ by The Weinstein Company | © Courtesy of Macy’s

This year, Macy’s continues to outdo itself for a wonderful 89th year. The 2015 celebration will include four brand new characters to join the 17 giant character balloons, 27 floats, 12 marching bands, 1,000 clowns, and guest appearances by stars such as Pat Benatar, Mariah Carey, Daughtry, and many more. Additionally, since the wonderful relationship between Macy’s and Broadway started in 1977, this year will also welcome performances from acclaimed theatrical productions Finding Neverland, Fiddler on the Roof, Something Rotten, and a sneak peek of The Wiz Live. 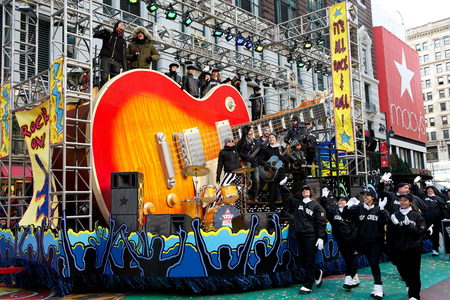 If you happen to be in the New York area, you can become a part of this fabulous history and meet the parade face to face at 77th Street and Central Park West, where you will then march to Columbus Circle, and down 6th Avenue/Avenue of the Americas. The parade will end on 34th Street and Herald Square as the custom has always been, with awaiting indulgences for all children and families. You wouldn’t want to miss out on this year’s 78-foot-long Red Mighty Morphin Power Ranger. Or, tune in to watch the parade live on NBC, since it wouldn’t be Thanksgiving without unfolding a little more magic with the family. 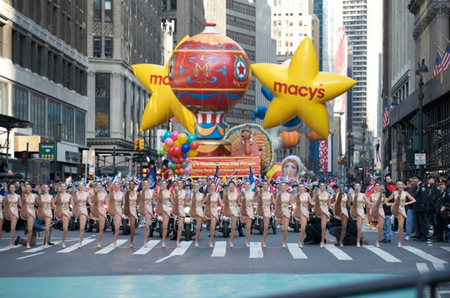 To help kickoff the holiday of ‘thanks’ and ‘giving’, thank you Macy’s for your endless hard work and dedication to the holiday spirit. Your parade has become much more than a simple spectacle or historic landmark, but really a reminder to everyone to celebrate every moment you can in the most positive and welcoming environments with endless amounts of family and friends. Let the holiday season commence.